A family affair! Meghan King included her three children in her whirlwind wedding to Cuffe Owens on Monday, October 11.

Celebrity Weddings of 2021: See Which Stars Tied the Knot

“We told the kids they could walk down the aisle with me if they wanted to,” the Real Housewives of Orange County alum, 37, told Brides after the Pennsylvania nuptials, attended by President Joe Biden and first lady Dr. Jill Biden. “[My daughter], Aspen, said she wanted ‘to throw flowers at me’ so it was decided she would be the flower girl!”

The former reality star shares Aspen and her twin sons, Hart and Hayes, 3, with ex-husband Jim Edmonds. The brothers wore Amazon suits and shoes to the ceremony, and Owens, 42, found ties for them at Brooks Brothers, King told the outlet, adding, “Do you know how hard it is to find belts for little boys?! So, they went belt-free.”

The Missouri native was previously married to Edmonds, 51, from 2014 to 2019. The former professional baseball player seemingly reacted to his ex-wife’s wedding on Saturday, October 9, when he and daughter Hayley, 23, posed in “Anti Biden Social Club” shirts. (Owens is the 78-year-old politician’s nephew, the son of his sister and adviser, Valerie Owens.) 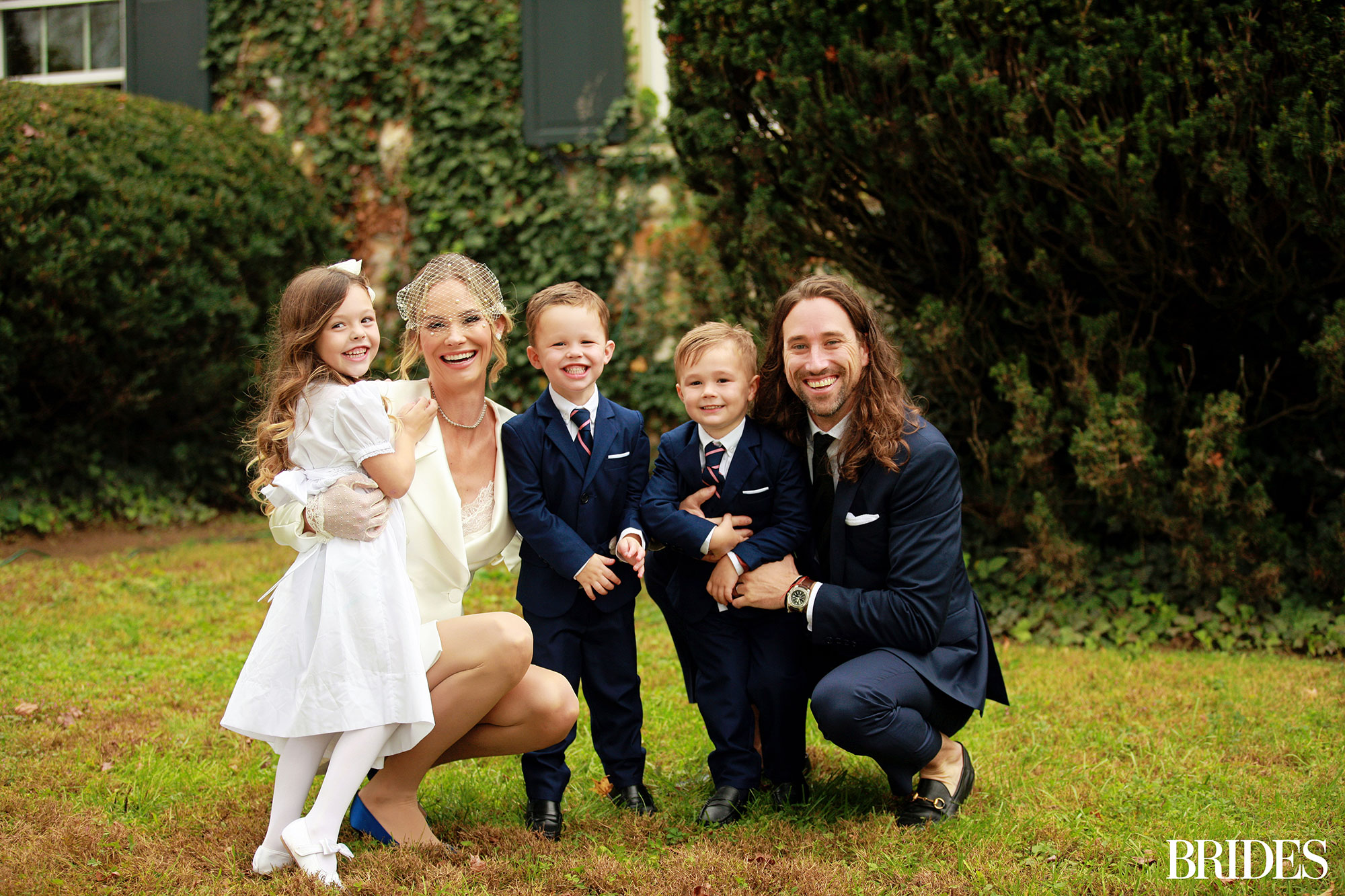 “Your opinion? We don’t care,” the California native’s daughter wrote via Instagram at the time. “Thanks @brittanyaldean for the inspo.”

Following King’s split from the former athlete, she briefly moved on with Christian Shauf and Will Roos. She split from her “friend-turned-boyfriend,” 43, earlier this year.

The University of Mississippi grad subsequently met Cuffe on a dating app and they met each other’s family members “within a week,” King told Brides on Monday.

“We didn’t leave each other’s side for weeks,” she added. “We toyed around with an L.A. wedding — at an estate or venue or something — but the truth is it never felt right to either one of us. When we realized that Cuffe’s parents’ wedding anniversary — October 11 — was a holiday Monday, we both knew exactly what we were going to do, where we were going to do it and how we were going to do it. It’s a beautiful thing to see eye-to-eye with each other as we do.”

King and Owens have been together for three weeks, multiple sources confirmed to Us Weekly. The pair made their relationship Instagram official last month. “Trying my best to avoid any cheesy introductions like ‘my main squeeze’ … so just meet my man,” she told her followers on September 25.