“I think Gaston could not be any more perfect for anyone else. I think it’s hilarious.”

“High School Musical: The Musical: The Series” star Matt Cornett says his character E.J.’s role in the “Beauty and the Beast” couldn’t be more “perfect.”

For those who don’t know, “HSMTMTS,” centers on the drama club at the East High School, where the “High School Musical” films were shot. While Season 1 featured the group putting on a production of its namesake, Season 2 finds the drama club preparing for their spring musical of “Beauty and the Beast,” which they’ll perform as part of a musical theater competition. 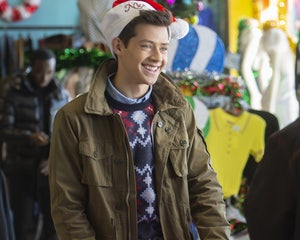 During Episode 2, — spoiler alert! — the drama club auditions for the spring musical, with Cornett’s character E.J. landing the role of Gaston.

In an interview with TooFab, the 22-year-old actor shared his thoughts on his character getting cast as the Disney villain as well as his reaction to finding out the East High drama club was going to be performing “Beauty and the Beast.”

“I think Gaston could not be any more perfect for anyone else. I think it’s hilarious,” Cornett explained. “The Gaston energy is basically what E.J’s energy was [in] Season 1 and now E.J.’s trying to come down to Earth a little bit and humble himself a little bit. And then now he has to play like the least humble person in ‘Beauty and the Beast.'”

Cornett admitted that he had never seen the 1991 animated film until shortly before Season 2 began filming.

“This is really awful to say — and I am very disappointed in myself to say — I had not seen ‘Beauty and the Beast,’ the original ‘Beauty and the Beast,’ until like a month before we started shooting,” he told TooFab. “It’s very sad, but I’ve seen it I think once or twice now since. It definitely is a lot of fun. I loved the movie and then coming into Season 2 with it, Tim Federle, the showrunner, gave us all a call individually and he was like, ‘This is who your character gets cast as’ and just [gave] us a talk through everything … and [said] how we can pull each character into our ‘Beauty and the Beast’ characters and how that [was] going to work.” 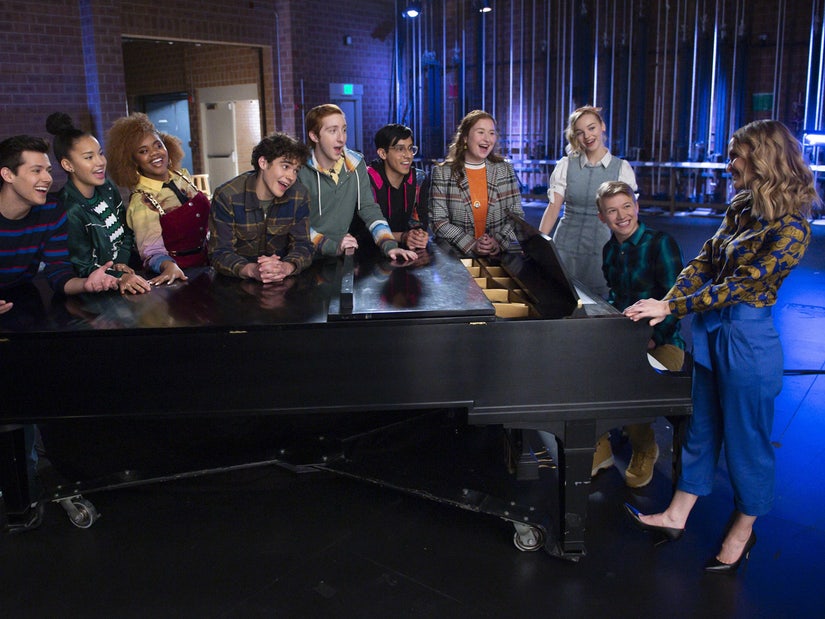 “Tim’s so incredible with helping us out on so many different fronts and giving us all the insider info that comes out of the writing room,” Cornett continued. “He just made it super easy going into it with giving us a call and being like, ‘We’re doing “Beauty and the Beast.” This is who you’re playing and be excited, be ready.'”

As fans of “HSMTMTS” know, the series features incredible musical numbers. While speaking with TooFab, Cornett shared what he enjoys most — and finds most difficult — about filming the performance scenes. 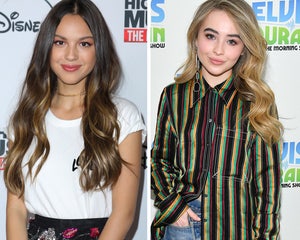 “It’s an interesting dynamic there, but everyone on the show is so extremely good at literally everything,” he continued, adding that his co-star Sofia Wylie is “the best dancer you’ll ever see in your life” and his co-star Julia Lester was the captain of her dance team.

“So with everyone helping here and there, it makes it all that much more fun,” he added. “Once you finally get the steps and the moves, then the dancing isn’t that stressful anymore.”

Cornett said he and the cast have a “blast” during rehearsals, noting that it “doesn’t feel like work.”

“There’s so much energy before filming [the performances],” he explained. “It feels like we’re all just hanging out, having a good time and just messing around.”

Season 2 Episode 2 of “High School Musical: The Musical: The Series is streaming now on Disney Plus. New episodes come out every Friday.