North Yorkshire-born actor, singer and LGBTQ+ advocate Olly Alexander has been busy this year. Not only is the 30-year-old starring in It’s a Sin, one of the year’s most talked about TV series, he’s also released hit single Starstruck, performed at the BRIT Awards and recorded with an Australian icon.

“The new album is done,” he says. “I’ll still be able to add a few things, or take things out, but the album is finished now. I just decided on the name, but I can’t tell anyone yet.” 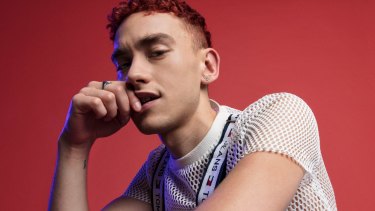 He’s referring to the third Years & Years album, and the first in which Alexander is the sole member. In March, the band decided amicably to break up after a decade and allow Alexander to continue making music under the moniker. It also meant rejecting an album they’d tentatively made and starting afresh.

“It’s been very freeing in many ways,” he says. “I’d been working on music – I’m always writing songs – but I had a moment in the pandemic where I really had to go back to square one and write a new album.”

Starstruck, released in April, was penned during a week-long trip to the English countryside with his producer Mark Ralph and co-writers Clarence Coffee Jr, and Nathaniel Ledwidge.

“I’d been inspired by shooting It’s A Sin,” he says. “All the music from that era of the 80s … loads of Kate Bush, Pet Shop Boys, and Donna Summer were on my playlist all of last year.

“I just wanted to make music that had an upbeat, infectious, dance-floor energy, which was the antithesis of what I was experiencing in lockdown in the UK. It’s just a feel-good song.”

Starstruck reflects the soundtrack to the series It’s A Sin: cheeky, camp and made for clubbing. Alexander plays Ritchie in the series, which depicts the unfolding of the AIDS crisis in 1981 in Britain. 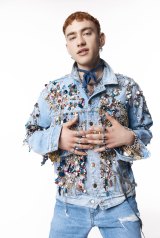 ‘As gay people we really related to the characters,’ says Olly.

Named after a Pet Shop Boys song, the series (screening here on Stan, which is owned by Nine, the publisher of this website) was written by Russell T Davis, who also wrote the cult classic Queer As Folk in 1999 and critically lauded Years And Years, starring Emma Thompson, in 2019.

It follows five 18-year-olds who have moved into a London flat just as HIV is starting to spread through the US and UK. It’s a bleak depiction of illness, prejudice and bullying, but also celebrates friendships and family and the resilience of the LGBTQ+ community.

“I definitely found the experience very emotional. As a cast we all experienced it because as gay people we really related to the characters and we don’t often get the chance to do roles like this. It’s a drama, but these things really did happen – in many ways, it’s a true story.

“As an actor, I found it overwhelming at times. I was crying so much, trying to rehearse while crying. I didn’t expect to feel that vulnerable … It was really profound, for sure. I’m happy people are moved when they watch it as well.”

One high-profile fan was moved enough to call each of the cast members, and in Alexander’s case, it resulted in him lying atop a piano – in cropped top and flares – on stage. In early May, Alexander performed the Pet Shop Boys’ 1987 single It’s A Sin at the BRIT Awards, with none other than Elton John.

The song was originally about growing up Catholic, but their cover version gives the lyrics a new meaning and depth. Released as a single to support the Elton John AIDS Foundation, it swiftly rose to the top of the iTunes charts.

“I first met Elton John – Sir Elton – via a phone call in February this year. He had just watched It’s a Sin and he called everyone in the cast to say how much he loved it… Out of the blue, he asked me to do a performance of It’s A Sin at the BRITs and I said ‘Yes, of course, and can I please lie on top of your piano?’ Obviously, he’s such a legend. We are different generations but he’s someone I’ve respected for so long. He’s so open, so funny and he’s been so supportive to me.”

Alexander also released a remixed version of Starstruck with Kylie Minogue in May.

“I love Kylie so much,” he says. “We met in 2015 when [Years & Years] supported her show in the UK and I sung with her in 2016, one of the best experiences in my life, for A Kylie Christmas [at the Royal Albert Hall]…After releasing Starstruck, I asked her if she’d be interested in doing something on it [and] she recorded her parts in Australia from her home set-up, so it was all done remotely. She was amazing. She made my dreams come true.”