Background about Operation Watts and the IBAC hearing

The public hearings are part of an inquiry called Operation Watts into allegations of corrupt conduct involving Victorian public officers, including members of parliament. Today’s hearings have concluded and will be livestreamed again tomorrow from 10.30am.

It’s being run jointly by the Victorian Independent Broad-based Anti-corruption Commission and the Victorian Ombudsman and its remit includes allegations of branch stacking in the Victorian Labor Party, as first revealed in an investigation by The Age and 60 Minutes last year.

Branch stacking is an organised method of accumulating internal power in a party by recruiting, and usually paying the fees for, new members.

It will also look at whether public money given by the Victorian government as grants to community associations, has been redirected and misused to fund party‐political activities, or for any other improper purposes. It will ask if ministers or others involved in granting the funds have “dishonestly performed their functions” or “knowingly or recklessly breached public trust”.

The inquiry will look into whether any public officer, their families or their associates, received a personal benefit from these things, and looks at what systems and controls are in place to monitor these money flows.

The big piece of news out of yesterday’s hearing was the allegations Cr Garotti levelled against the State Parliament upper house president Nazih Elasmar. 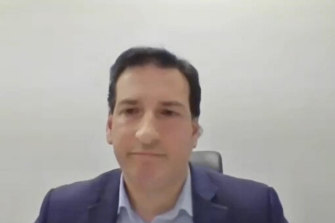 As The Age’s state political reporter Sumeyya Ilanbey wrote, Cr Garotti told the hearing on Monday that Mr Elasmar was involving in a branch-stacking operation in Melbourne’s northern suburbs.

Cr Garotti told IBAC there had been a “factional patronage culture” within the Moderate Labor group led by former minister Adem Somyurek in which allies would be rewarded with taxpayer-funded jobs and senior factional figures would need to stack branches to advance their political careers.

The inquiry also heard there was an “embedded culture” within the Labor Party to “gift” people who were “doing good factional work” with electorate and ministerial jobs.

You can read the full summation here.