I’m proof it’s never too late to be a CHAMPION: Pam, 89, has won 15 gold medals and an MBE for a sport she didn’t take up seriously until her 50s. So what’s stopping you? 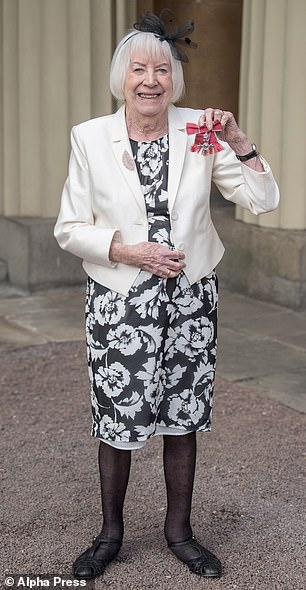 Midlifers who believe it’s too late to win a sporting trophy should think again.

To date she has won 15 gold medals for singles and doubles, including the World over-85 Championships in 2017 — the same year she was voted the Veterans English Table Tennis Society’s Player’s Player of the Year.

A grandmother of two, with five great-grandchildren, she’s played matches all over the world, from Canada and Japan, to China, where she won the over-80s singles and doubles. (‘On the way back my flight had been upgraded to first class,’ she chuckles.)

‘Table tennis has taken me to places I would never have visited otherwise. When I play abroad I meet lots of friends; it’s a cheap sport to play and it’s good exercise. It keeps me mentally alert as well as active.’

Watching Pam play, she dominates the table. Rather than running around, she effortlessly serves and volleys into the far corners, sometimes shifting from one foot to the other, but often rooted to the spot.

The rallies are fast and furious, but she barely breaks a sweat. Her manner is gentle rather than ferocious. She’s certainly competitive but, as she jokes, all veterans (even those who win trophies) know they are past their playing best at this age. It’s much more about focus, camaraderie and keeping fit.

When I meet her in Kent, where she lives, I’m struck by her spry figure, youthful looks and jaunty attire. And you can’t help noticing that she has fantastic legs. That should be an advert for the power of table tennis, if nothing else.

Pam grew up in a sporty family. ‘I played netball and hockey and county-level tennis. I played against Virginia Wade when she was young because she played in the Kent league.’

But Pam didn’t pick up a ping-pong paddle until her 20s. ‘A lady at work was looking for people to join the table tennis club so they could play in the Gravesend league. I volunteered and liked it. I stopped playing when I had my two children and didn’t return for years. 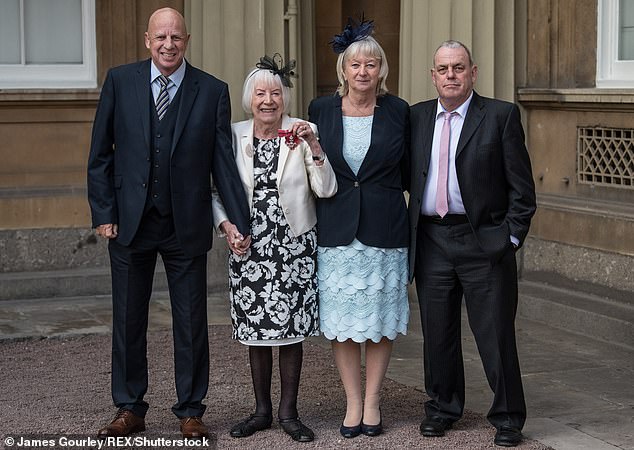 To date, the grandmother-of-two (pictured with her family) has won 15 gold medals for singles and doubles

‘But when I went back to work as an admin officer I took it up again — there happened to be a table there. I played at lunchtimes and one of the men asked if I could be a reserve for their league team.’

AGED 50, working as a housing officer, and an empty-nester, she started to compete in veterans’ tournaments (where you have to be over 40).

But the first big tournament she won was the Veterans European Championships in Vienna in 1995, when she was 65. ‘I won the over-60s and beat the then world champion. I’d never won anything like that before.’

Since then she’s travelled the world. Her husband Roy, a civil engineer, often accompanied her. Later, when he was ill with Parkinson’s for ten years, her daughter and two granddaughters, who are nurses, helped out or arranged respite care during international competitions. 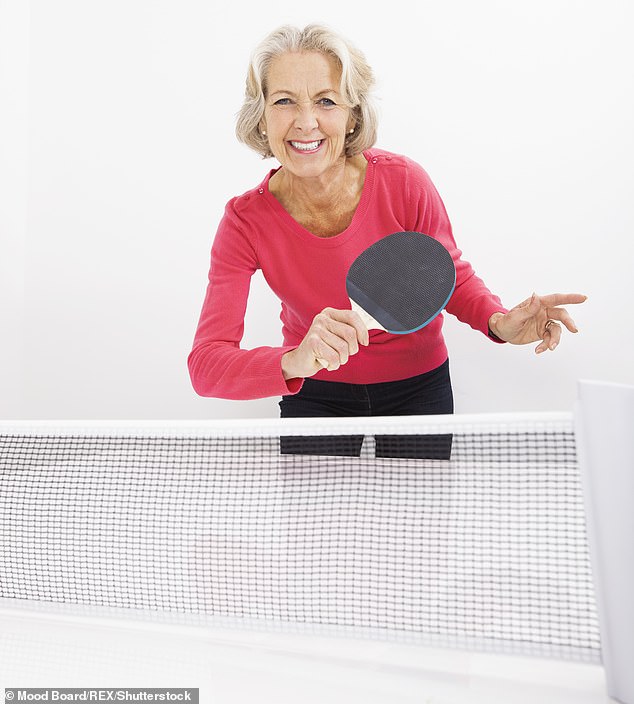 ‘I found concentrating my mind on sport was a kind of release,’ she says. When he died two years ago, she says it was table tennis that forced her to stay engaged with life.

For a near nonagenarian, she’s enviably trim. The good news is you burn between 200 to 350 calories an hour playing ping-pong, while professional competitors can burn up to 500 calories per match.

Not only does it improve hand-eye coordination, it also improves your memory (you are building motor circuits in your brain) and raises your mood. ‘It makes me move a lot and helps my concentration,’ says Pam.

Her achievements are all the more impressive when you consider that she has been diagnosed with degenerative scoliosis in her lower back.

‘If I play in a tournament, I have to take painkillers, which dumbs your brain a bit, but it helps me move,’ she says.

She does all she can to encourage others to take the sport up. ‘I don’t think table tennis gets enough publicity in Britain. It’s more affordable than buying a set of golf clubs; you can pay as little as £20 for a good bat.

‘And then there are the health benefits. As well as the physical movement, there’s the rapid eye movement and concentration, which is supposed to help prevent Alzheimer’s.’

Her family want her to have a big 90th birthday party on January 14. ‘I said I don’t want to plan something elaborate and then it doesn’t materialise,’ she says wryly.

But then she adds: ‘I’ve possibly got my eye on the over-90s title at the next world championships in 2020. So we’ll have to wait and see.’