The most common questions I have heard this week is why Melbourne? Why Victoria? Why us?

They are impossible questions to ignore given the high number of days Melburnians have lived in lockdown compared to their interstate counterparts. 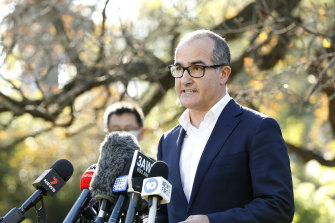 If lockdown ends as planned next week, Victorians (well, mainly Melburnians) will have spent more than 170 days living under the strictest restrictions since the start of the pandemic. Compare that to Sydney residents who have spent about six weeks at most, under some form of lockdown.

Victoria not only suffered from the strictest lockdown measures, it is the state where more than 800 people died, accounting for about 90 per cent of Australia’s total pandemic deaths. Given this, it’s only natural to ask, why?

As a city of five million, Melbourne, like many large urban areas, was always going to face a higher risk of outbreaks than smaller regional towns. Experts believe there is a direct link between the size and severity of a city’s outbreaks to its density, connectivity, living conditions and the lifestyle of the most exposed occupations. Take New York, London, Milan and Wuhan for example.

An analysis by the Office of National Statistics in the United Kingdom also identified the professions most at risk of exposure to the virus. This workforce includes healthcare workers as well as those employed in hospitality, as hairdressers, carers, police and security guards. This is due to their close interactions with the general public, especially those who are sick. By contrast, lawyers, economists and other professionals had a lower risk of exposure. 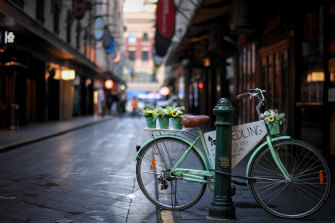 Thankfully, we have been told many of these problems have been fixed. In fact it was a problem with South Australia’s quarantine that triggered the latest lockdown in Melbourne.

But we cannot underestimate the impact of human decisions such as the ongoing need for strong contact tracing, messaging on the vaccine and virus and the need for ongoing health measures.

London and New York, two mega cities which suffered months and months of devastation due to COVID-19, had vastly different experiences over Christmas. Experts believe London’s winter spike was made worse by the quick reopening of bars and restaurants, poor contact tracing rules and mixed messages by authorities who encouraged people to mingle. New York took a more cautious approach.

Victoria’s vast improvements in contract tracing and quarantine cannot be ignored but it doesn’t mean there are no lessons to be learnt which can and should prevent a further lockdown. One of those is the use of QR codes which were used extensively in NSW as part of contact tracing, months before Melbourne.

Like all of the factors that have contributed to Victoria’s outbreaks, this doesn’t explain the whole story. But if Victoria wants to stop leading the country in lockdown days it might be one of the ways to reduce the risk.