The problem with joining the reboot of a cult favorite — one you were an avid fan of — is that suddenly the favorite character you grew up loving is now your coworker. Jacqueline Toboni may have learned to play it cool now, but when she first got on the set of “The L Word: Generation Q” and ran into Kate Moennig while waiting for her audition, the nerves were real.

Luckily enough, Toboni’s character, Finley, is as much a fan of Moennig’s Shane as Toboni is, so she got to fan out a bit while getting her sea legs.

“Especially in the first season, Finley is such a fan of Shane, in a way. So it’s fun to be able to nerd out there,” Toboni says.

After premiering on Showtime in 2019, the reboot of the hit mid-Aughts show returned with a second season earlier this month, running through October. The show features part of the original cast as well as a slew of new characters, with Finley at the center of the season one cliffhanger.

“She’s funny, but it’s a lot deeper than that. She overcompensates for trauma in a lot of ways. Because of that, you get to play these extremes. It’s fun to bring this huge character to life, but underneath you’re still playing the reality of her past and things like that. I guess living the extremes, it was really interesting to me,” Toboni says.

The Cape Makes A Return On The Runway 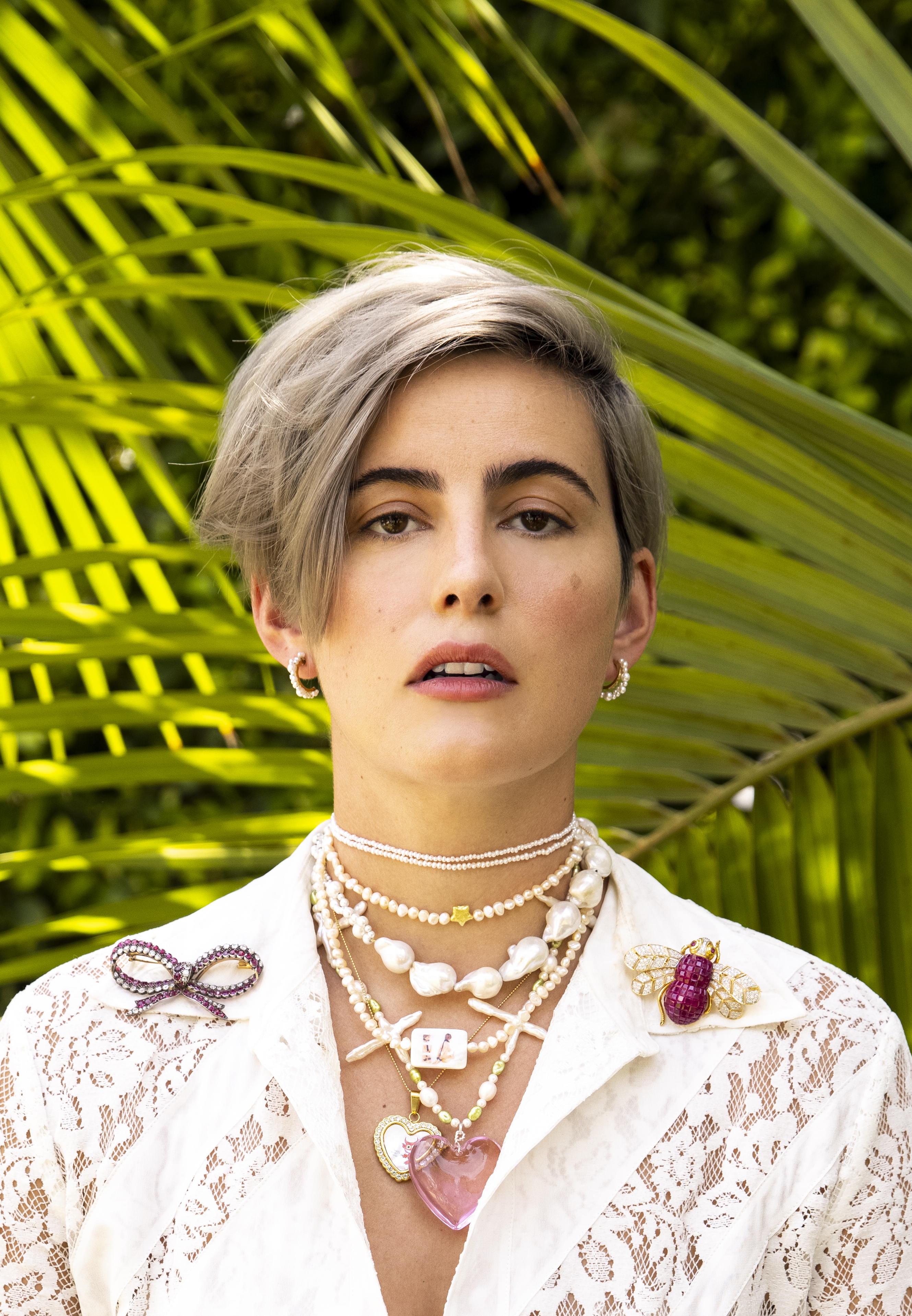 Most of the time from the first season has been consumed by the pandemic, but Toboni says she’s still been able to build relationships with the queer community in a new way that she credits the show with.

“Being on this show has connected me to my community in a way I didn’t really expect. That’s been really nice,” she says.

Toboni, a San Francisco native, wanted to be an athlete growing up but when she was cut from the basketball team she had to pivot.

“I was always a little comedian. When I got cut, I was like, ‘I’m going to try out for a play,’” she says, noting she found acting later in life than most (i.e., not at child star age). “I think people were confused by me. I was just so raw and had no idea what I was doing. But because of that, it was beneficial that I didn’t have any of these habits. I didn’t grow up watching musical theater or presenting. It was just me.”

She studied acting at the University of Michigan and landed a role on the show “Grimm” during her senior year — “a very annoying story.”

The original “L Word” was a barrier-breaking hallmark of culture, a show about out lesbians living life in Los Angeles. Much has changed between 2009, when the original wrapped, and now in terms of LGBTQ rights, yet Toboni says there is still far to go — and Generation Q is representative of that.

“I think we wouldn’t have made this show if we weren’t taking steps forward. It’s even in the name, it’s ‘Generation Q.’ It’s a new thing,” Toboni says. “But I loved how the worlds exist simultaneously. It’s like, we can still exist and also the previous version of ‘The L Word’ still exists. It’s not like anybody is getting erased because a broader queer community is now accepted. What I really like about the show is it’s nice to see those worlds unite and mixed and we all exist in the same spaces, which I think is something that I hope the queer community goes even further with. I think we’re stronger together, and one space for everybody is always fun.”

Toboni says season one was just a warm-up for where “Generation Q” can go.

“I think we were just getting our feet wet with season one,” she says. “I think people just got a lot more comfortable. I think it’s so much better, to be honest, even though I loved season one. I think you learn from what you’re doing and you’re elevating and you find your footing as to, what kind of show are we? I feel like everybody is on the same page and excited to explore these characters at a new level.”

As soon as her press wraps up she heads to Italy to visit her partner, Australian actress Kassandra Clementi, who is shooting in the country. Their next project will hopefully be together: over quarantine they wrote a script, which they hope to get off the ground in the near future.

“She’s the talent and the brains in the operation,” Toboni teases.

She’s hopeful for a third “Generation Q” season, and would happily spend the rest of her career at work on the show.

“I’d work on this show for 20 more seasons,” she says. “I’m obsessed with my character and the people I work with. Walking onto set and seeing a bunch of people that look like you who are queer and women is pretty sick.”

More from the Eye:

How Aretha Franklin Was Paid ‘Respect’ With Costumes by Clint Ramos

September’s Going to Be a Dramatic Month for Aaron Tveit

Ashe on Lollapalooza, ‘Love Is Not Enough’ and Her Love for Gucci