TWO Jaguar F-Types. The same but very different. One takes 300 man hours to build in Castle Bromwich, costs many thousands of pounds and has a top speed of 186mph.

The other is churned out every few seconds in Malaysia, costs £1.85 and does 400 scaled miles per hour. Yes, my friends. The car on the left is a Hot Wheels. 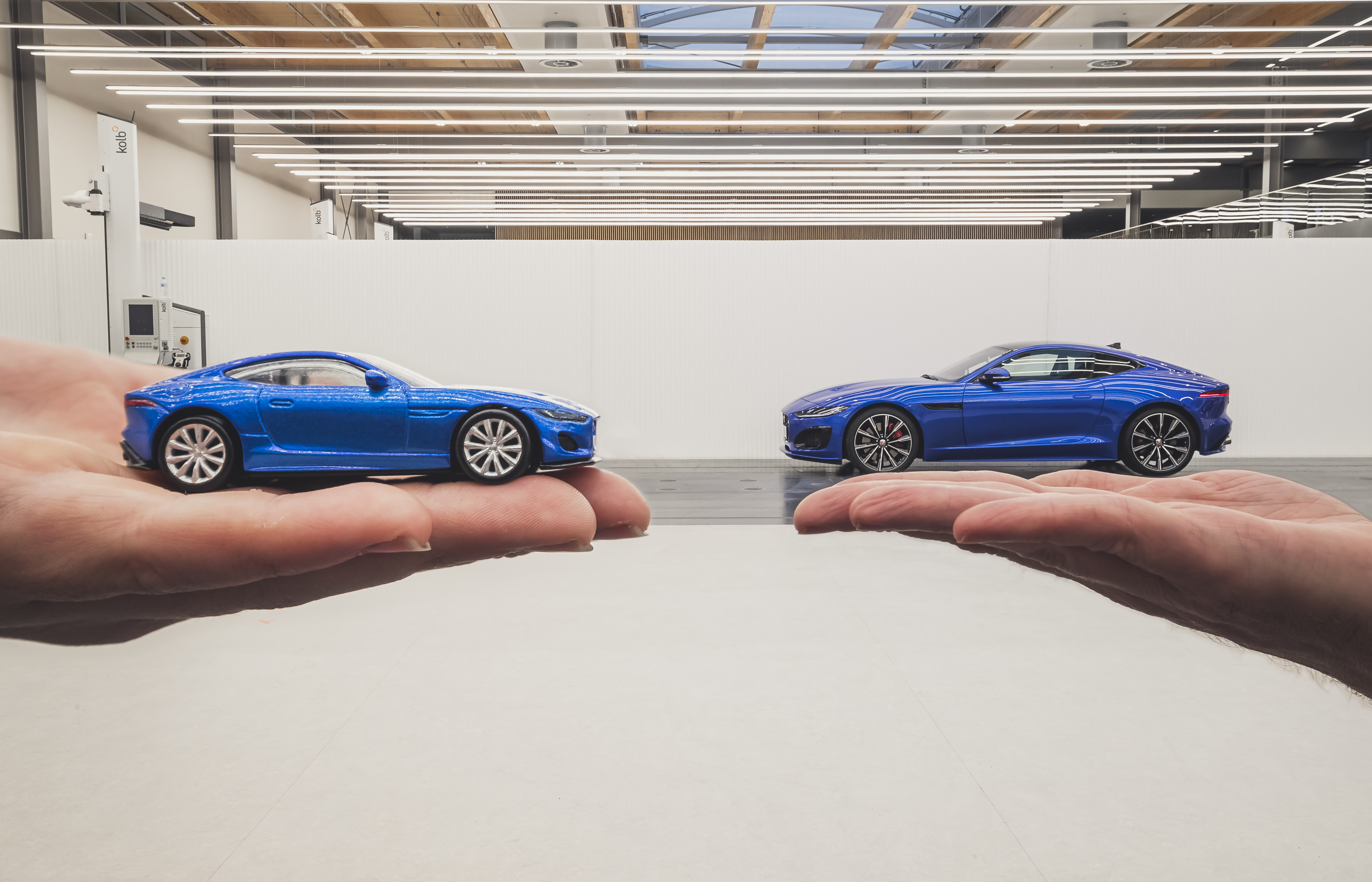 Unveiling the 1/64 toy together with the grown-up F-Type is Jag’s latest ploy to attract younger blood to the brand.

We all know Jag makes great cars but they’re mostly driven by coiffured accountants in their ­sixties rather than young and trendy types like its poster boy David Gandy.

This Hot Wheels version will introduce Jag to six-year-olds and take pride of place on bedroom shelves across the land.

Every time wee Jimmy goes to bed at night, he’ll fall asleep promising himself the real thing one day. And when that time comes, he won’t be disappointed. 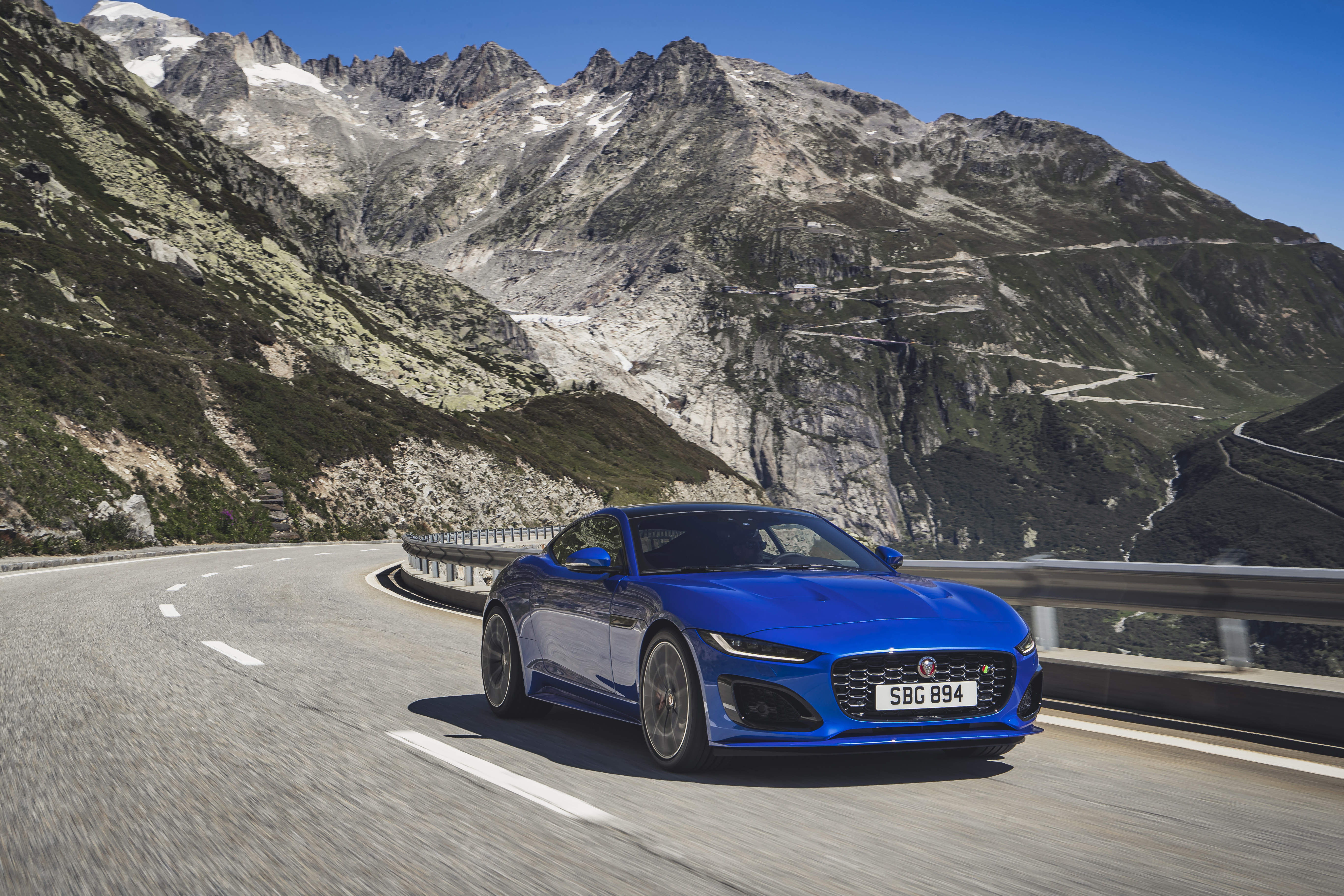 For me, the F-Type has always been one of the best-looking cars in the world, particularly that bite-your-lip beautiful back end.

Now it has the front to match. Most notably the super-slim headlamps and wider grille that makes it look leaner and meaner.

The cabin has been sprinkled with a bit of fairy dust, too. It’s still very F-Type but now with digital dials, over-the-air software updates and fancy new seats. Other things to note.

Nice nod to Jag’s heritage with the “Jaguar Est. 1935” stamp around the glovebox release button. But who approved the stuffy name “Dorchester Grey” for a sports car trying to pinch ­Porsche owners? Now for what you can’t see. 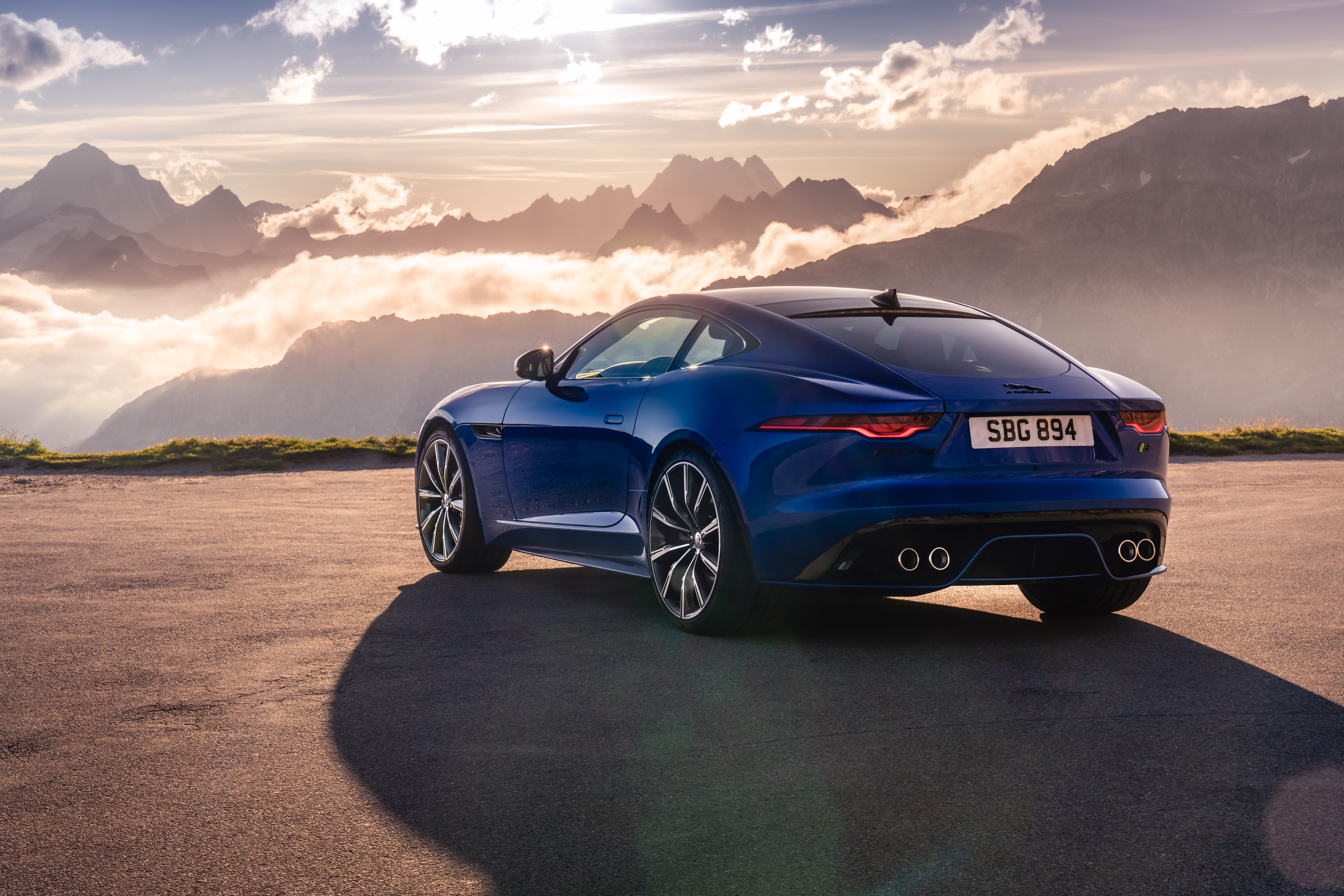 The 575hp supercharged V8 lives on. Hooray. That thing has more bangs, crackles and pops than a bowl of Rice Krispies and runs from 0-62mph in just 3.7 seconds.

But the V6 manual has been dropped. Boo. The entry F-Type remains as a 300hp four-cylinder turbo petrol — which is more than enough for those who desire Instagram likes over a shot of adrenaline.

Add another five grand for the convertible and you’re signing on the dotted line for an eye- watering one hundred and two thousand English pounds. Keep dreaming, little Jimmy. 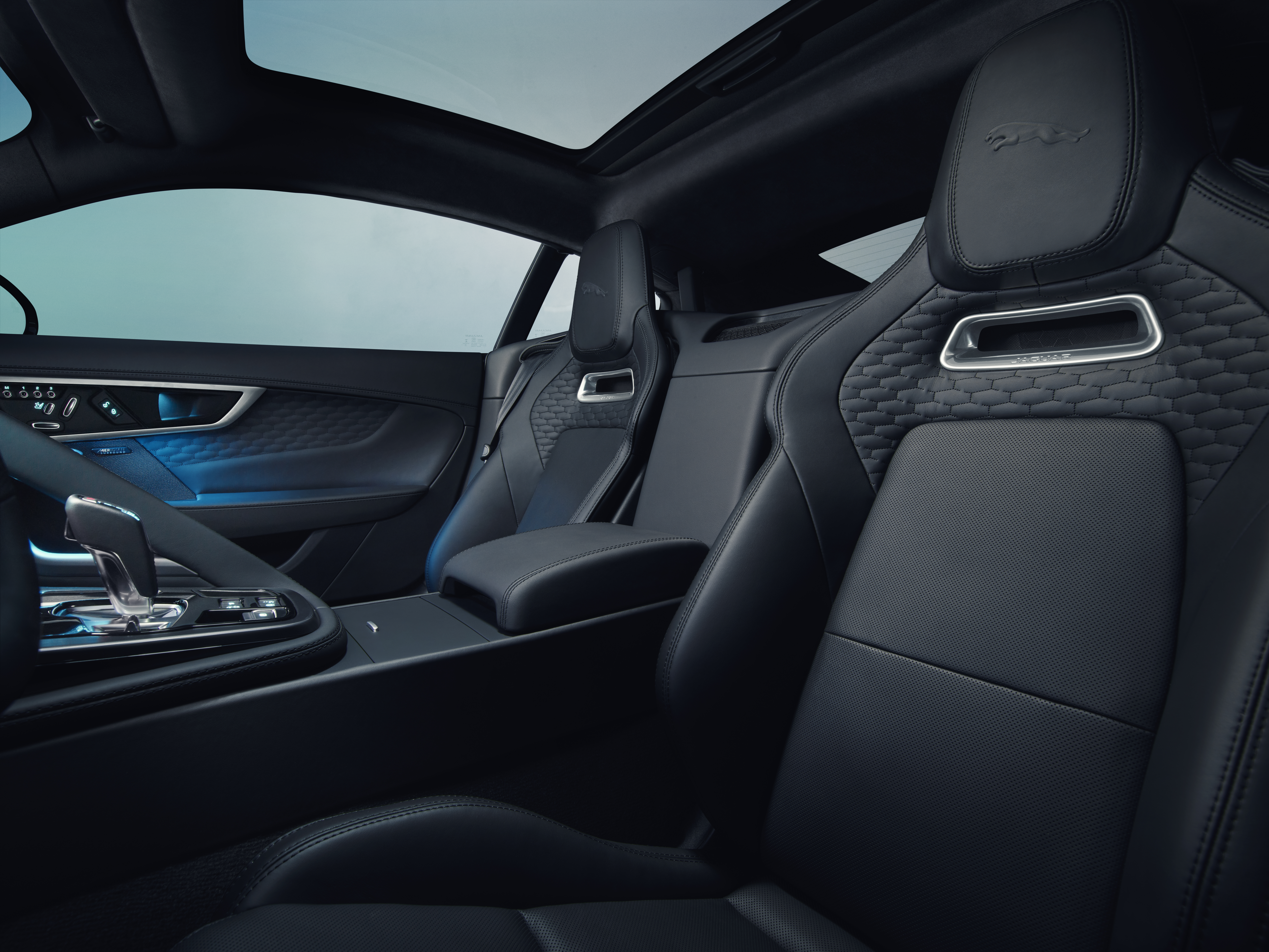 IF there’s one bloke more popular than Santa, it’s this guy.

Bryan Benedict is the design chief for Hot Wheels at Mattel, which means he is everyone’s BFF in December. 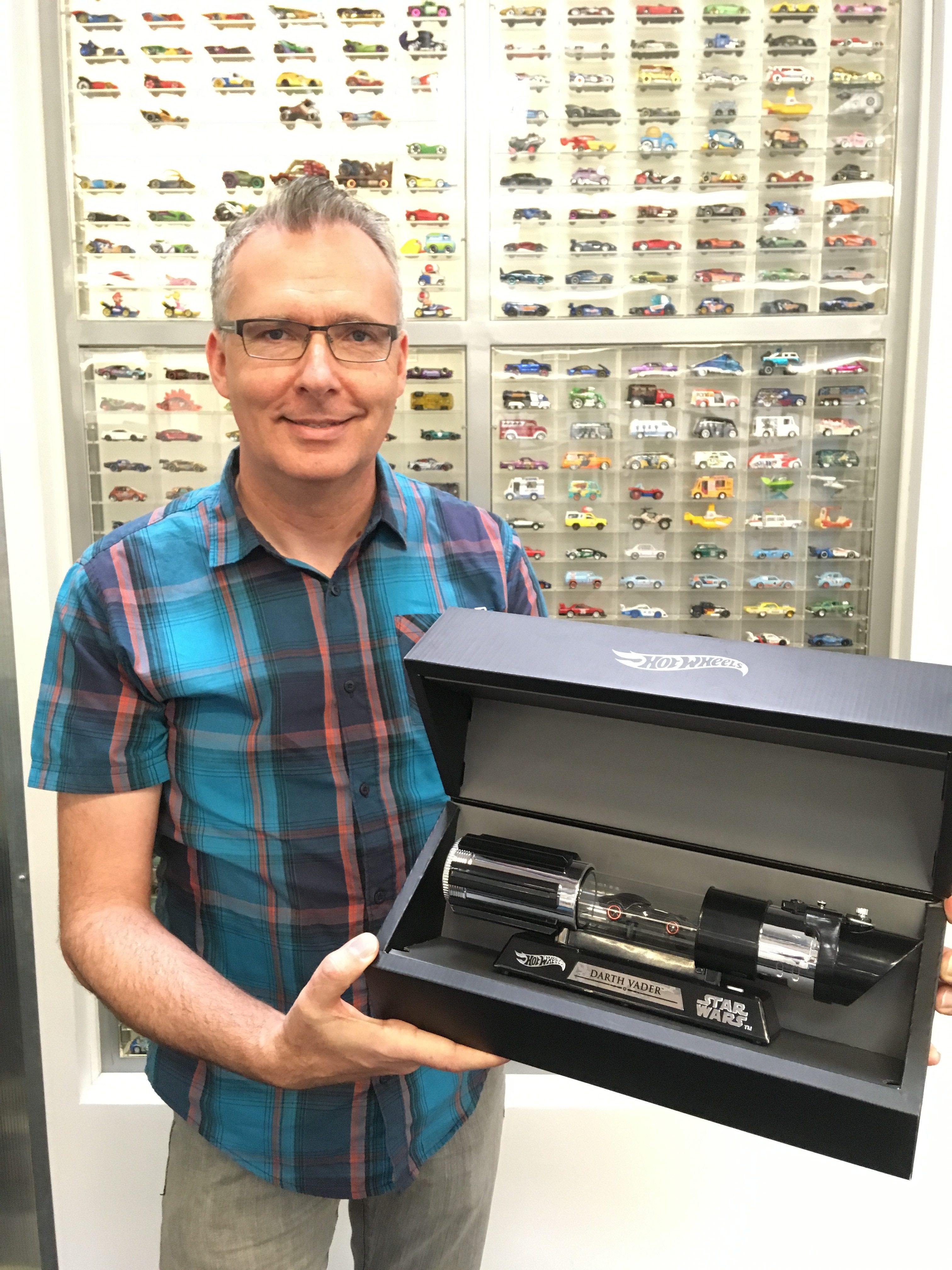 He said: “I get orders. I get a lot of family and friends texting saying ‘Can you get me this’ or ‘My daughter would really like this Barbie thing’ or whatever.

“Helping Santa is one of the perks of working for Mattel.” If you’re reading this, I’m guessing you had a bedroom drawer full of Hot Wheels as a kid. I did.

All my friends did. But even so, the number of 1/64 cars out there is quite staggering.

Bryan said: “We’ve produced seven billion die-cast cars since 1968, one for every person on the planet, basically.” 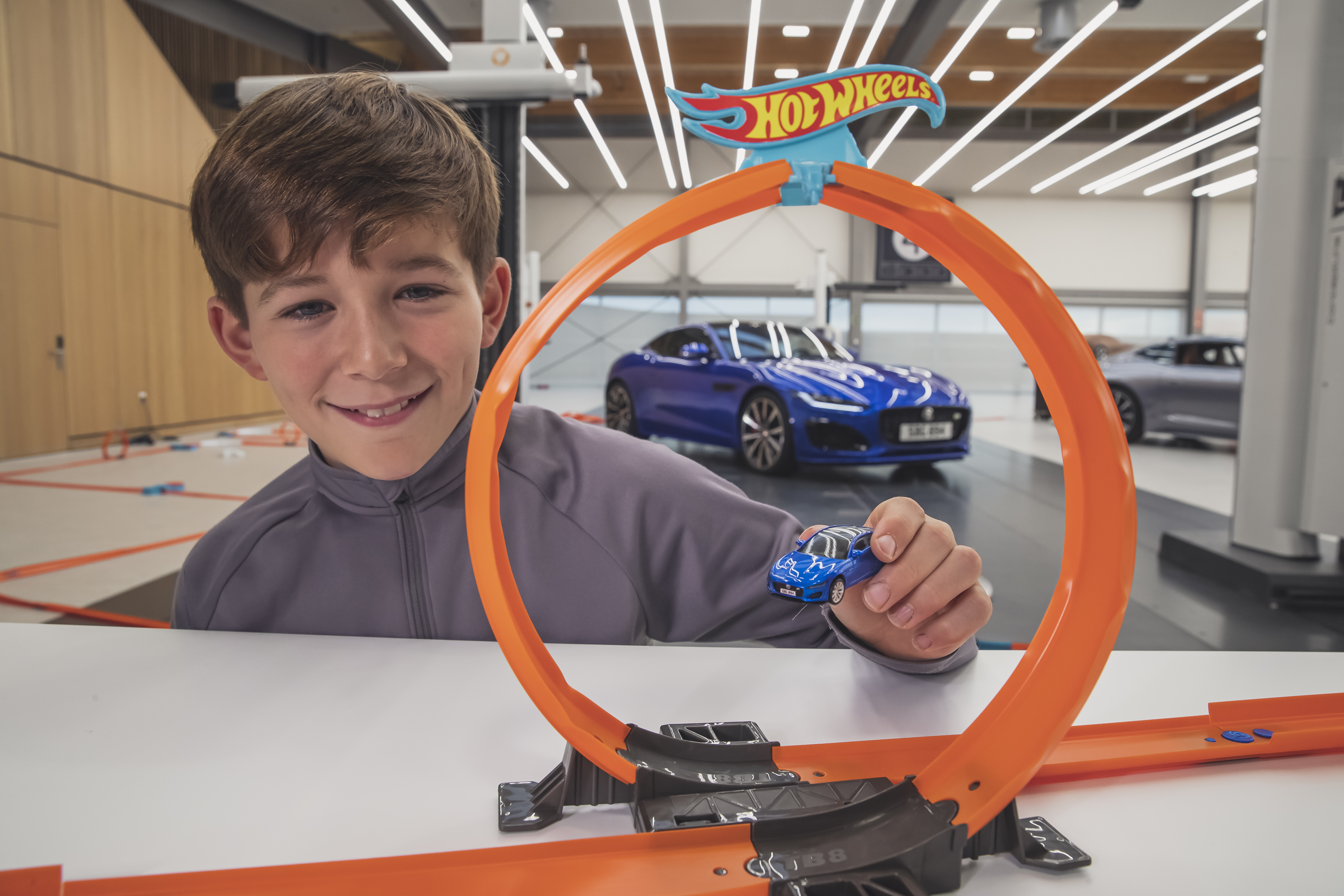 Current build numbers are 16 cars every second, ten million a week, 519million a year. As well as 6,000 miles of orange track.

Not only is Hot Wheels the world’s best-selling toy, it is the No1 car and tyre maker by some distance.

Bryan’s Darth Vader from 2014 is the best-selling Hot Wheels character car ever. There’s even a full-size version built on a Corvette chassis for shows.

I TOLD you Bryan was a generous guy. Well, here’s your chance to WIN this Hot Wheels Colossal Crash track set worth £90.

The double figure-eight track has high-speed boosters to keep the cars zooming round and round until . . . bosh, they crash mid-air.

Add more cars for more mayhem. Easy to fold up and store. Suitable for 5yrs+.

To enter my free draw, simply follow me on Instagram @robgilluk and tag a friend by midnight on December 9, 2019. Winner chosen at random. Good luck.

He said: “That’s the one I’m most proud of. It is not meant to be the car Darth would drive, rather Darth as a car – but with a Hot Wheels attitude.

“There is something dark and sinister about it and it’s timeless.” Bryan and his team produce 300+ car designs a year but my stand-out favourite is the bottle opener, below. That’d be ace for New Year’s Eve.

MOST READ IN MOTORS

Bryan said: “We make everything from replicas like the F-Type to wild and crazy fantasy cars but there’s a lot more maths and engineering and physics involved than most people think.

“A Hot Wheels car travels at anywhere between 350-400 scaled miles an hour on a track. How cool is that?” Very. And so is your job. 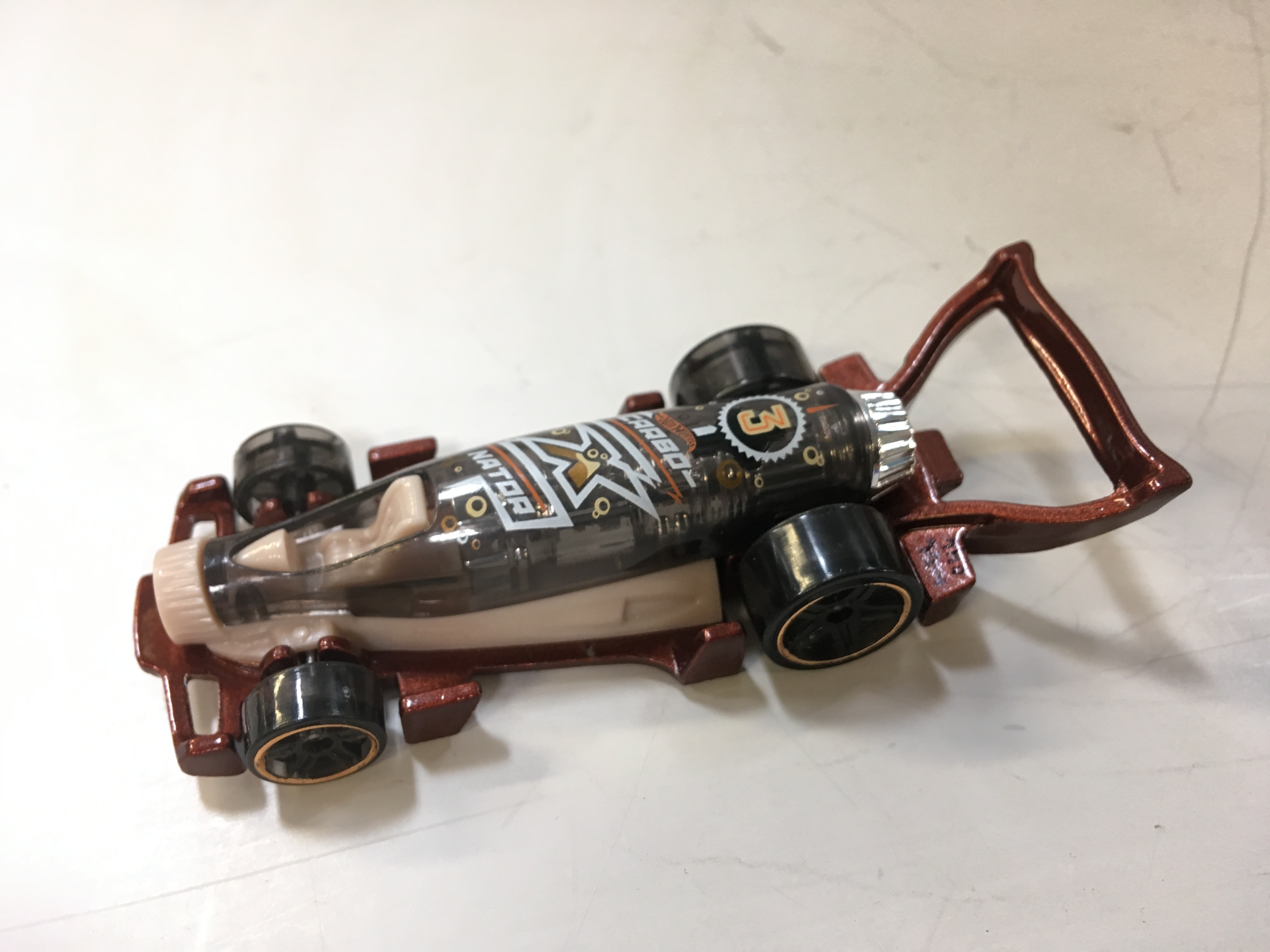