Britney Spears on Jamie Lynn Spears interview: ‘She never had to work for anything’

Jamie Lynn Spears appears to have reacted to sister Britney Spears referring to her as “scum,” with a quote about those who’ve “trashed her name.”

“Nobody trashes your name more than someone who’s afraid you’ll tell people the truth” Jamie Lynn, 30, shared to her Instagram stories hours after Britney called her out of her name for claiming in a TV interview that the pop star locked them in a room while brandishing a knife.

“I’ve never been around you ever with a knife or would I ever even think to do such !!!” Britney, 40, wrote in a statement posted to her Twitter Friday, adding, “The only knife I ever saw you with at home was cutting the biggest pieces of squash I ever saw in my life and it was way too big for me to cut.”

Spears continued, “NOW and only NOW I do know only a scum person would make up such things about someone …. Around the kids ???? Jamie Lynn, seriously ??? Come on !!! Congrats on introducing your older sister the concept of getting LOW … LOWER … LOWEST … because you win on that one, babe !!!!” 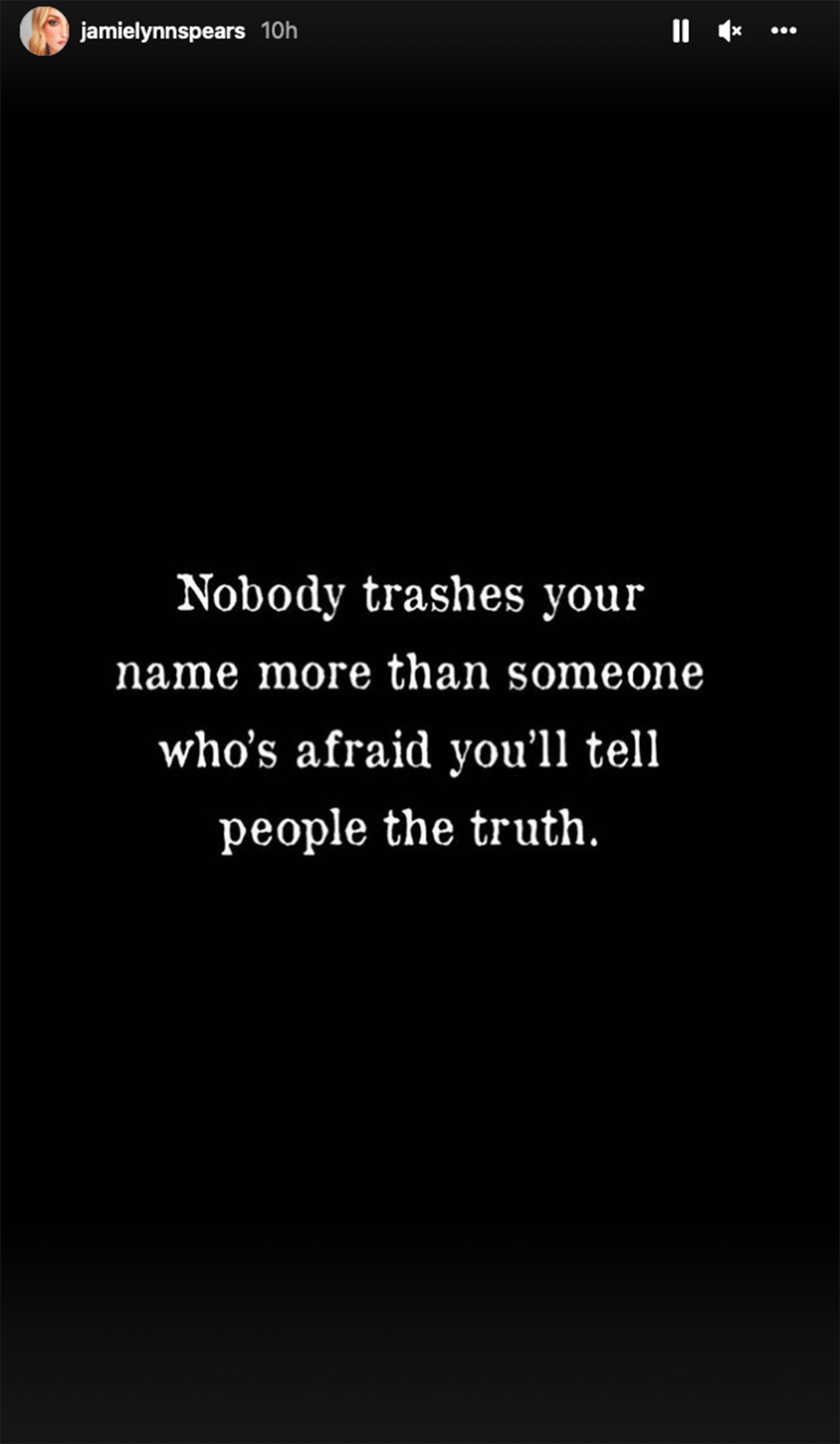 While Britney has been calling out her family for months over the roles they played in her former conservatorship, the siblings began battling publicly following Jamie Lynn’s Wednesday appearance on “Good Morning America” to promote her new book, “Things I Should Have Said.”

“I’ve always been my sister’s biggest supporter, so when she needed help, I set up ways to do so,” Jamie Lynn claimed during her interview with GMA. “I went out of my way to make sure that she had the contacts she needed to possibly go ahead and end this conservatorship and just end this all for our family. If it’s going to cause this much discord, why continue it?” 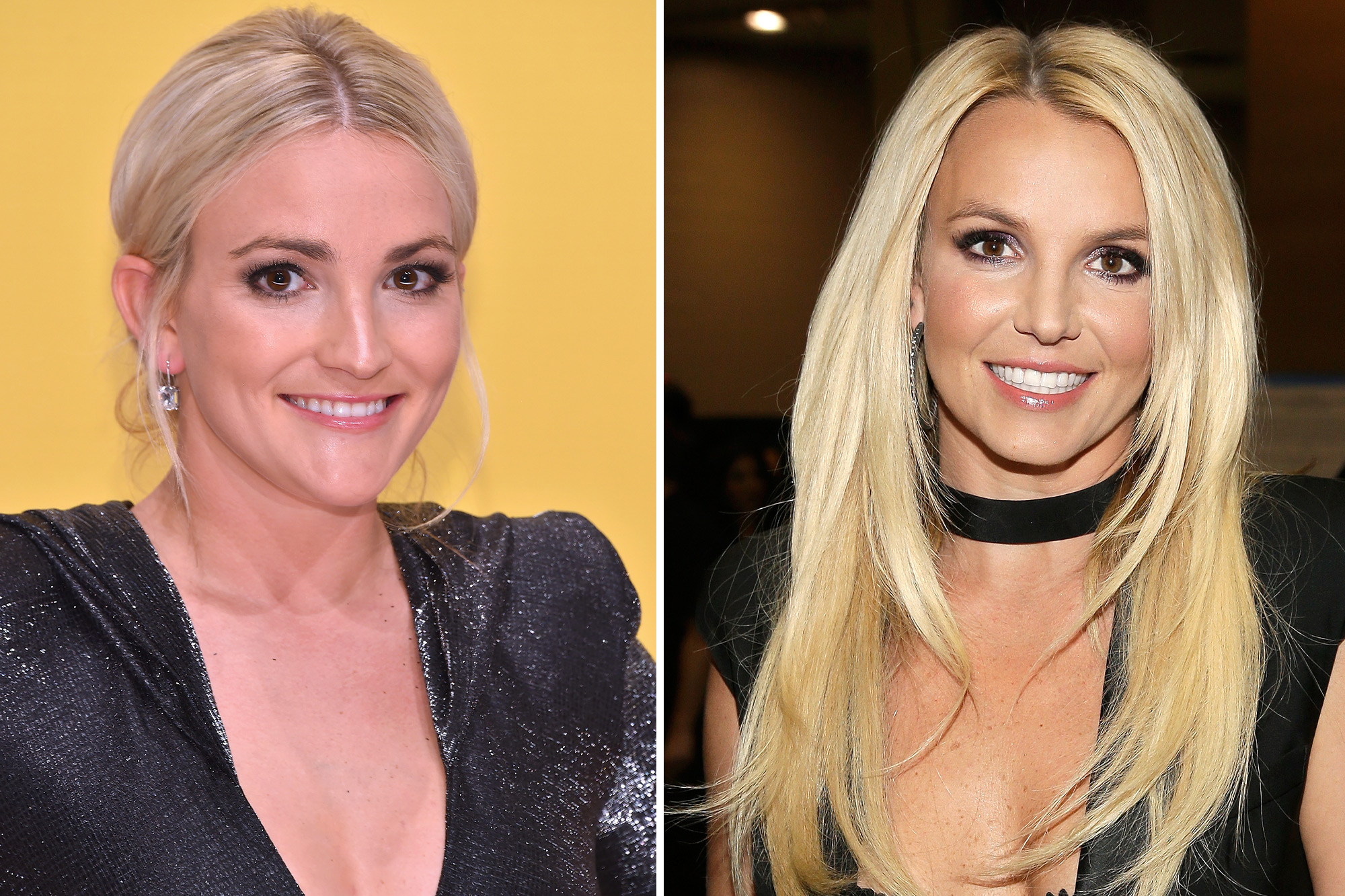 She also claimed that “love is still there” between her and Britney, adding, “I’ve only ever loved and supported her.”

The “Stronger” singer, however, reportedly rolled her eyes at the Q&A, and insisted that her younger sister is attempting to save face to sell books.

“My family ruined my dreams 100 billion percent and try to make me look like the crazy one,” Spears tweeted following Jamie Lynn’s GMA interview. “My family loves to pull me down and hurt me always so I am disgusted with them!”