An unexpected complication. Jenna Johnson revealed that she hurt herself during her historic Dancing With the Stars premiere routine with partner JoJo Siwa.

‘DWTS’ Season 30: Everything to Know

“I should have known that there was going to be a flaw in the system, but no one had ever done this before. I slipped on JoJo’s dress, and both my feet actually came out from under me,” the professional dancer, 27, told Page Six in an interview published on Wednesday, September 22. “While I was in that process of trying to squeeze and not fall … my knee kind of tweaked, kind of slipped out of place, came back in.” 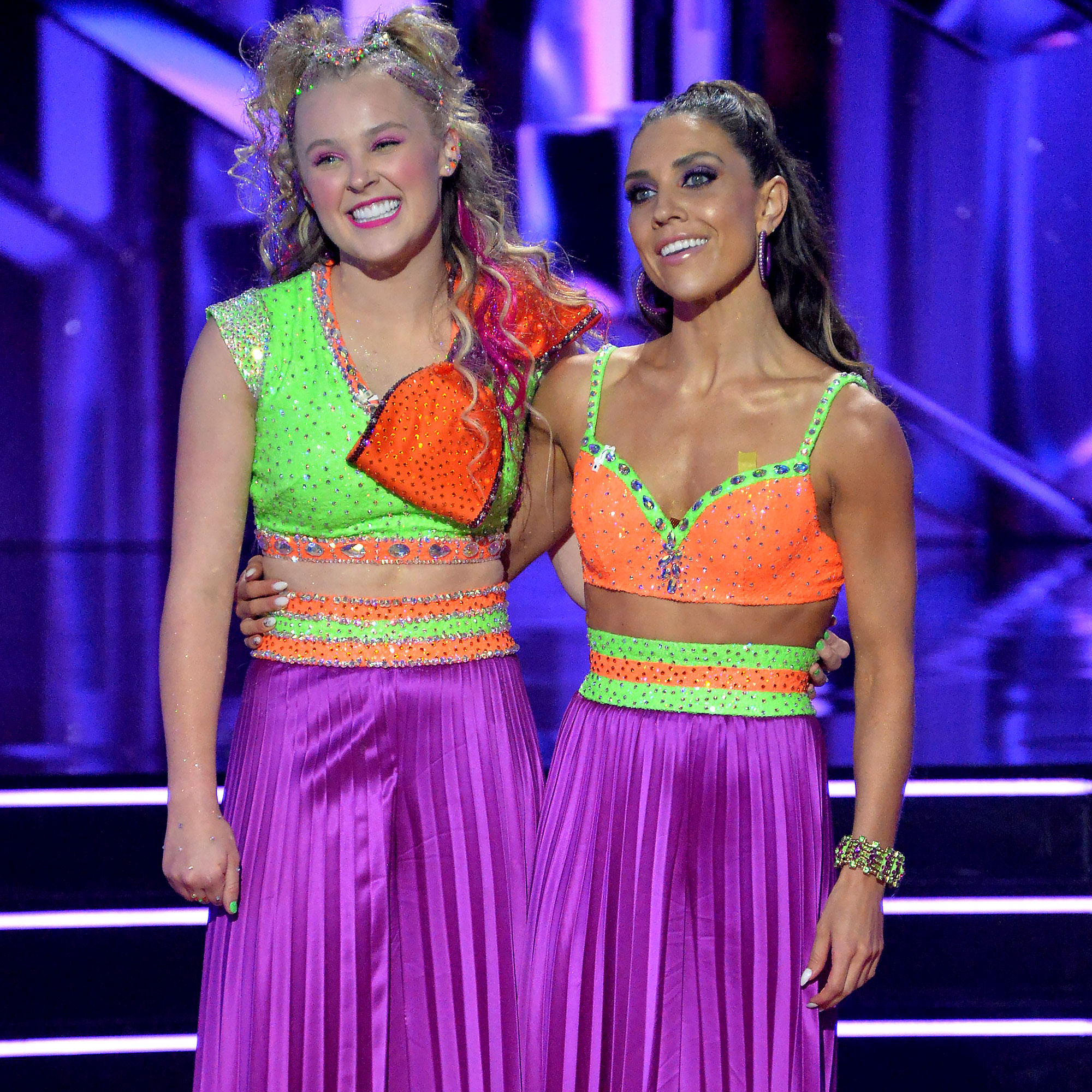 Johnson and Siwa, 18, became the first same-sex partners to ever compete on the show during the season 30 premiere, which aired on Monday, September 20. Fans saw the choreographer slip during their quickstep to Jet’s “Are You Gonna Be My Girl?” but she quickly recovered with help from the Dance Moms alum. Despite the mistake, the duo earned the top score of the night: 29 out of 40.

The Utah native was forced to take a break from rehearsals on Tuesday, September 21, as a result of her injury. “Very unfortunate but there’s no way that I would miss out on week two!” she said. “They made me take a day off to just rest. So, icing the knee but I feel fine. I did some therapy last night.”

In the meantime, Siwa has been “practicing at home” and FaceTiming her partner to make sure she is recovering. 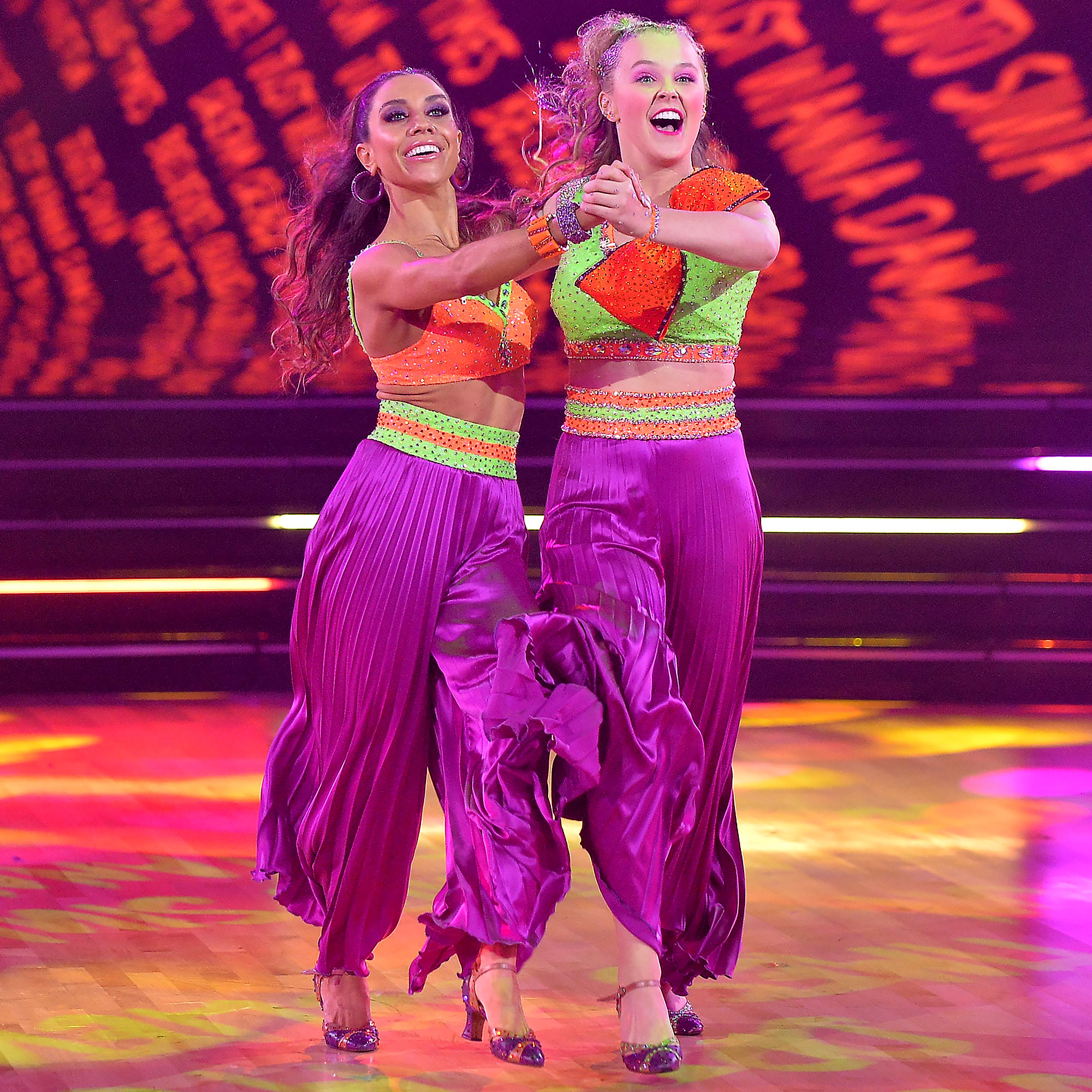 Amid her injury, Johnson worried that the accident distracted from the “Kid in a Candy Store” singer’s debut on the show. “Obviously, I’m so disappointed because I feel like I took away from JoJo’s moments because this was such an epic night for us, for Dancing With the Stars, for her,” she explained. “But I think that even with this stupid little slip-up, [JoJo] did incredible. Even with that fall, I think it highlighted her because it showed what a great partner she is.”

The season 26 champion confessed that she was “so nervous” about being paired with a female star. “I have never felt those kind of nerves that I did [Monday] night. … I didn’t know what to expect,” she noted. “I was so nervous for [JoJo] and for people’s responses because this is very different and this is a very big step forward.”

Every ‘DWTS’ Pro Who Has Left and Why

However, Johnson felt “at peace” once their partnership was announced. “If JoJo has this courage to do this very scary thing, then I can as well,” she reasoned. “So it was all sorts of emotions but it was very, very thrilling.”

“I’m very proud. I think with a moment like that comes a great deal of responsibility. There were nerves about having that type of responsibility,” the dancer, 35, told Us Weekly and other reporters. “I’m just really proud of Jenna for stepping up, carrying the torch or at least doing her part to give a young woman like JoJo a chance really to live out her dream, live out a great moment for herself. As a teacher, as a human being, it’s really all you can ask for, is an opportunity to make someone else’s life a little better. This was an epic moment that did that for JoJo and in an extension of that, did that for a lot of kids at home that watch JoJo and got a chance to see her big moment happen.”

Dancing With the Stars airs on ABC Mondays at 8 p.m. ET.