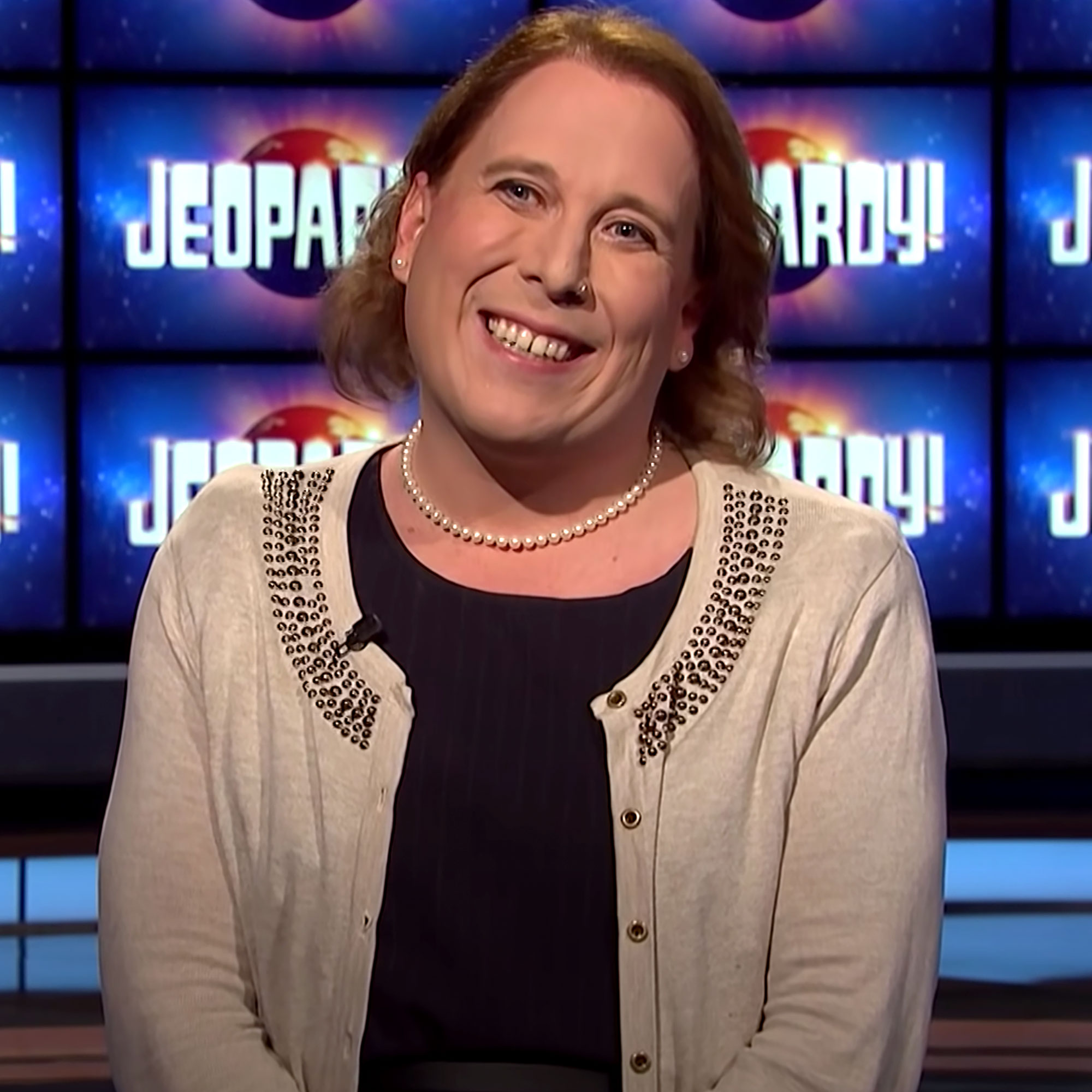 Feeling “fine.” After former Jeopardy! champion Amy Schneider was burglarized earlier this week, she has opened up about the ordeal.

“Hi all! So, first off: I’m fine. But I got robbed yesterday, lost my ID, credit cards, and phone,” Schneider, 42, tweeted on Monday, January 3. “I then couldn’t really sleep last night, and have been dragging myself around all day trying to replace everything.”

In a second social media message, she added: “So, I doubt I’ll even start writing tonight’s game thread today, and if I keep winning, it may take a bit for me to get caught up. Thanks for your patience!”

Schneider was approached by two people — one of them who was armed — before they demanded she hand over her possessions, a spokesperson for the Oakland Police Department told The Washington Post. Officers told the outlet that no arrests had been made and an investigation was ongoing.

The engineering manager — who frequently shares her post-game thoughts via Twitter — made history last month after winning her 23rd round of the game show, the longest streak for a female contestant. After the Tuesday, January 4, episode, Schneider is the fifth highest-earning Jeopardy! of all time and the most decorated female competitor after earning more than $900,000.

“I knew that if I won this last game, I’d keep my quest alive, and get some rest, but I also realized that I would end 2021 as the reigning Jeopardy champion! It’s like ending with the year-end number one ranking in tennis, except not at all meaningful,” Schneider tweeted her post-game thoughts on Sunday, January 2. “By the time I found the first Daily Double, I had a $7000 lead; I could have bet a bit more than $4000 but it still felt reasonable. Sinister + New York + Pregnancy got me to Rosemary’s Baby, and things were looking good! I had an $11,000 lead after the first round, and the finish line was truly in sight! Dan [Patton] started with the geography category, which I happily stayed in, and my lead kept growing.”

She added in her Twitter thread at the time: “But nonetheless, it didn’t sting that bad, because I’d done it! Made it through all ten games, kept the quest alive, and finished out the year as the reigning Jeopardy champion! Thanks to Dan and Arjun [Sivakumar]; as I said they really drew a tough hand, facing me at the end of the day when I was energized by the finish line ahead of me. For whatever reason, I just felt unbeatable that game, but Dan and Arjun kept competing to the end, and I thank them for it.”

Meghan! Gaga! Stars Who Appeared on Game Shows Before They Were Famous

The Oakland, California, resident also couldn’t help but gush over her lucky year, calling it the “best year I’ve ever had.”

“Not only have I had this Jeopardy run, but I’ve heard from so many wonderful people,” she tweeted on Sunday. “I wish I could respond to all of you, but it’s very much appreciated! And as great as all that has been, it still hasn’t been the best thing that happened to me this year. Because this is the year that Genevieve [Davis] and I started dating, and that’s the best thing that’s happened to me, not just this year, but in my whole life.”