THE widow of a rapper dubbed the ‘Goebbels’ of Isis has been detained in Germany after her mobile phone revealed photos of gun-toting kids and a bizarre Bin Laden cake.

Prosecutors say German-Tunisian Omaima Abdi was arrested during a highly-coordinated police operation in the city of Hamburg. 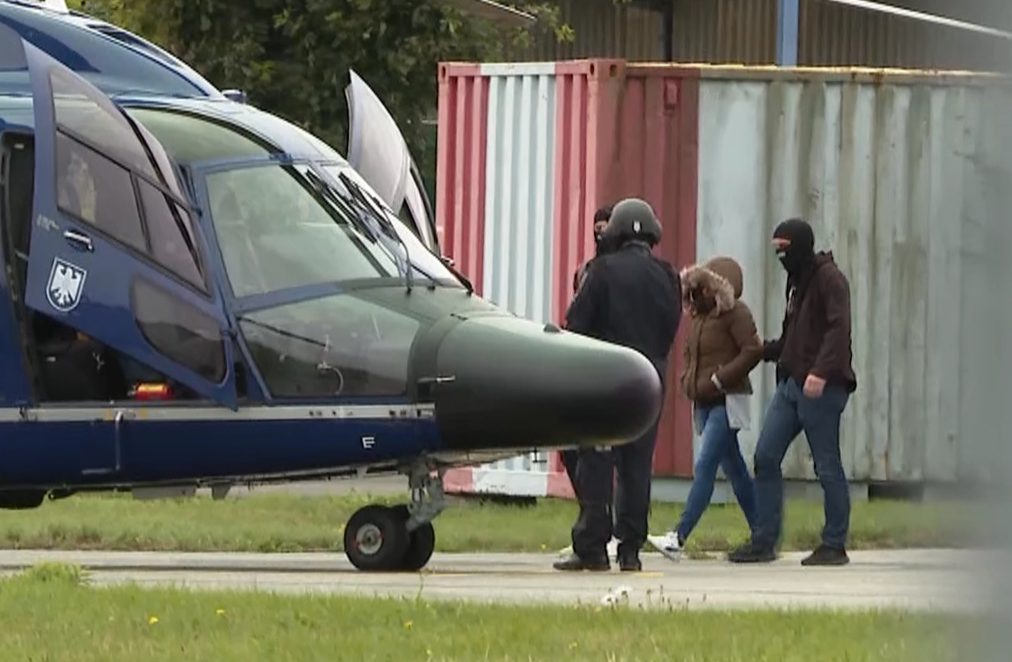 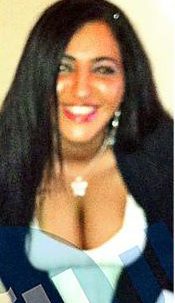 The 34-year-old – a pivotal member of an online propaganda circle dubbed ‘the Mumsnet for jihadi brides’ –  has since been seen being transferred to a police helicopter by masked officers.

She was exposed in April after a lost phone full of Islamist hate fell into the hands of a Arabic reporter, it has been claimed.

It contained evidence that pointed towards the recruitment of western females and pictures of a gun-toting fighter known to have links to Brit hate preacher Anjem Choudary.

Abdi married the rapper Denis ‘Deso Dogg’ Cuspert after her first jihadi husband was killed in an air raid in Syria, according to prosecutors.

Cuspert  – dubbed ‘the Goebbels’ of Isis  – was then killed himself during another airstrike in Syria early last year. 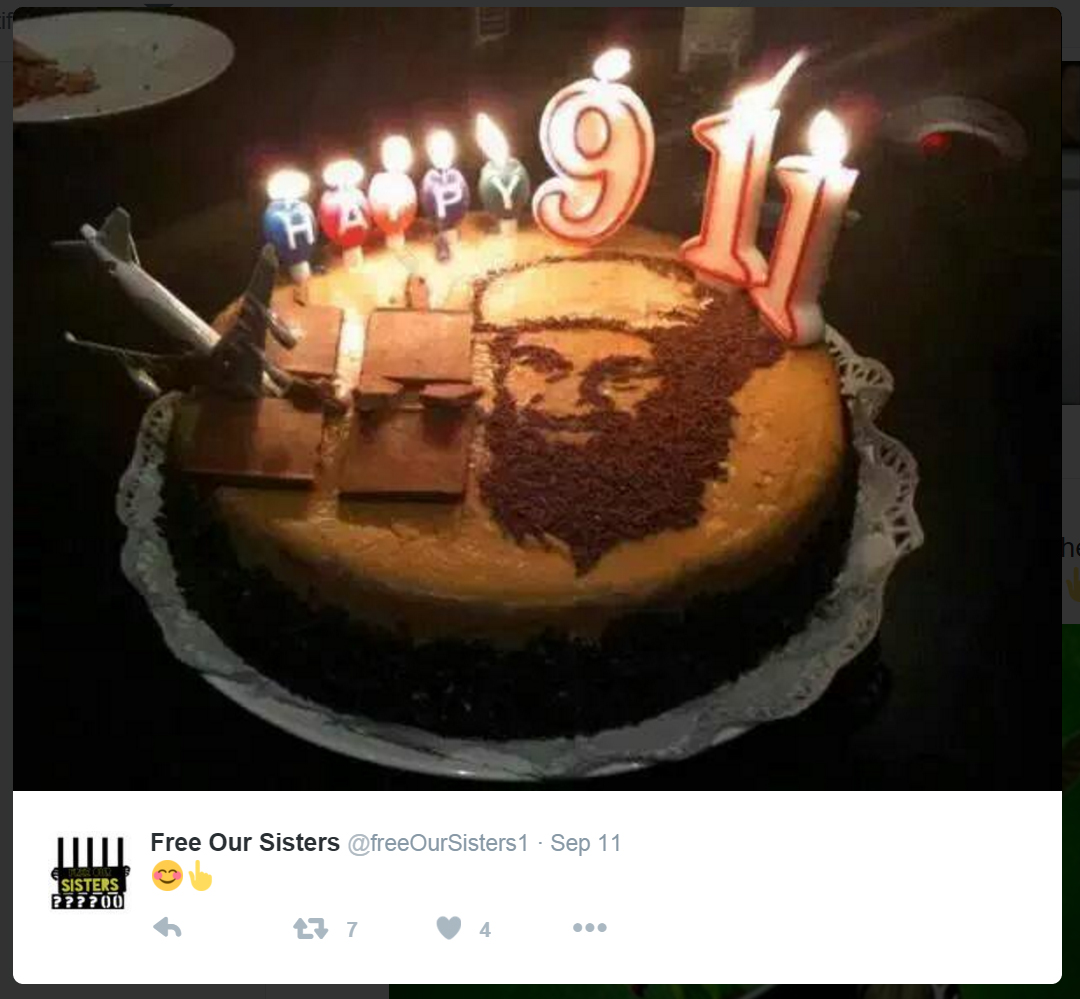 Since then Abdi has been working as an events manager and interpreter in Germany, The Sunday Times reported.

It’s also claimed she was a key member of the ‘Free Our Sisters’ group which backs female terrorists jailed in Britain.

The group once celebrated the anniversary of 9/11 by posting a picture of a cake decorated with two towers and the face of Osama bin Laden.

The Sunday Times also said that Abdi was involved in a group called Die Wahre Religion – or ‘the true religion’ – which tried to make people convert to Islam.

The group was later banned in Germany for sending more than 140 jihadists to join up with ISIS and al-Qaeda.

The death of Abdi’s second husband was first reported nearly three years ago by the Pentagon and later dismissed as false. 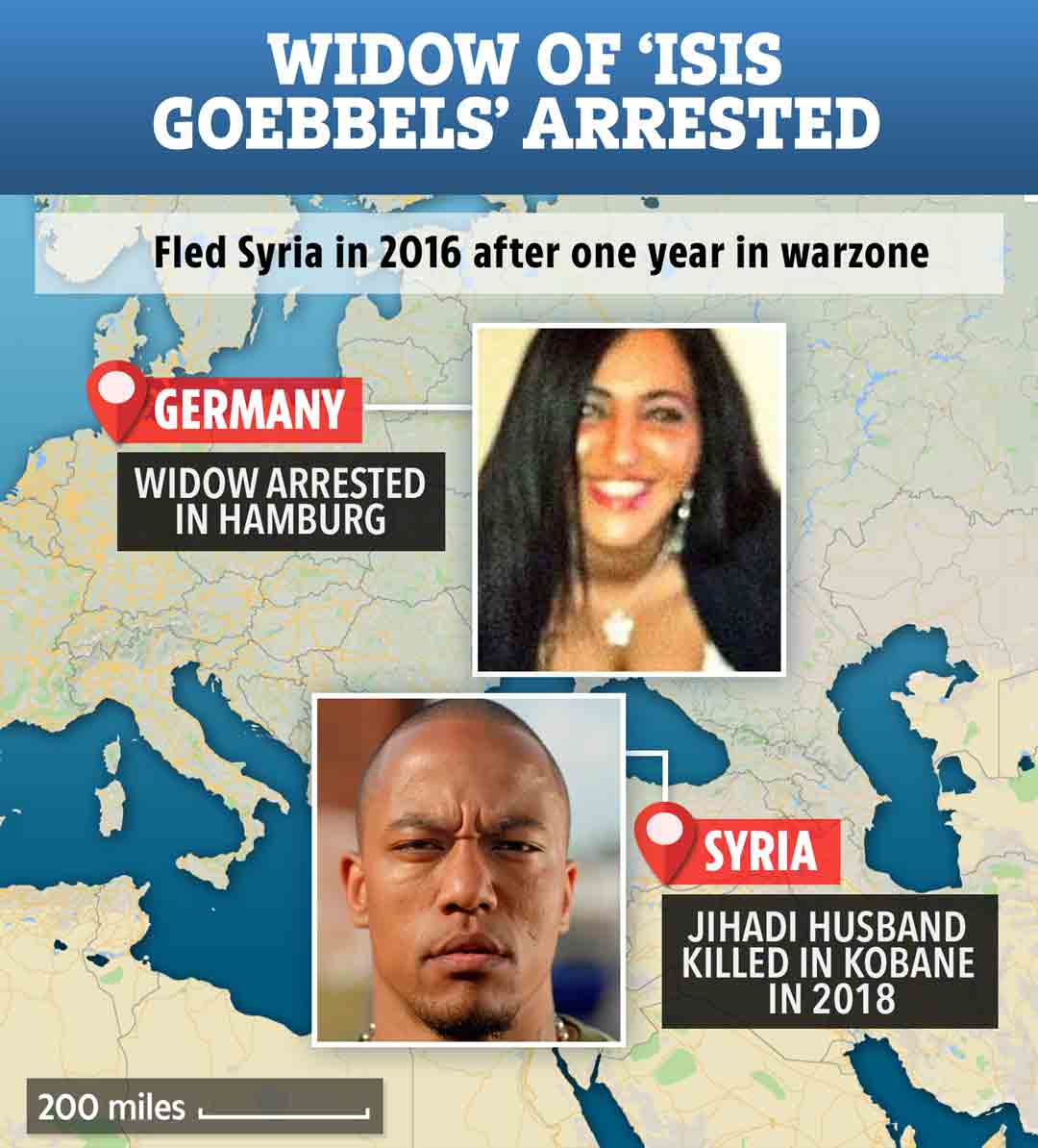 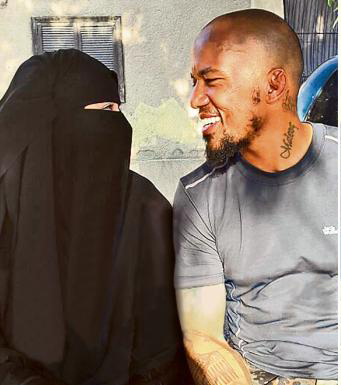 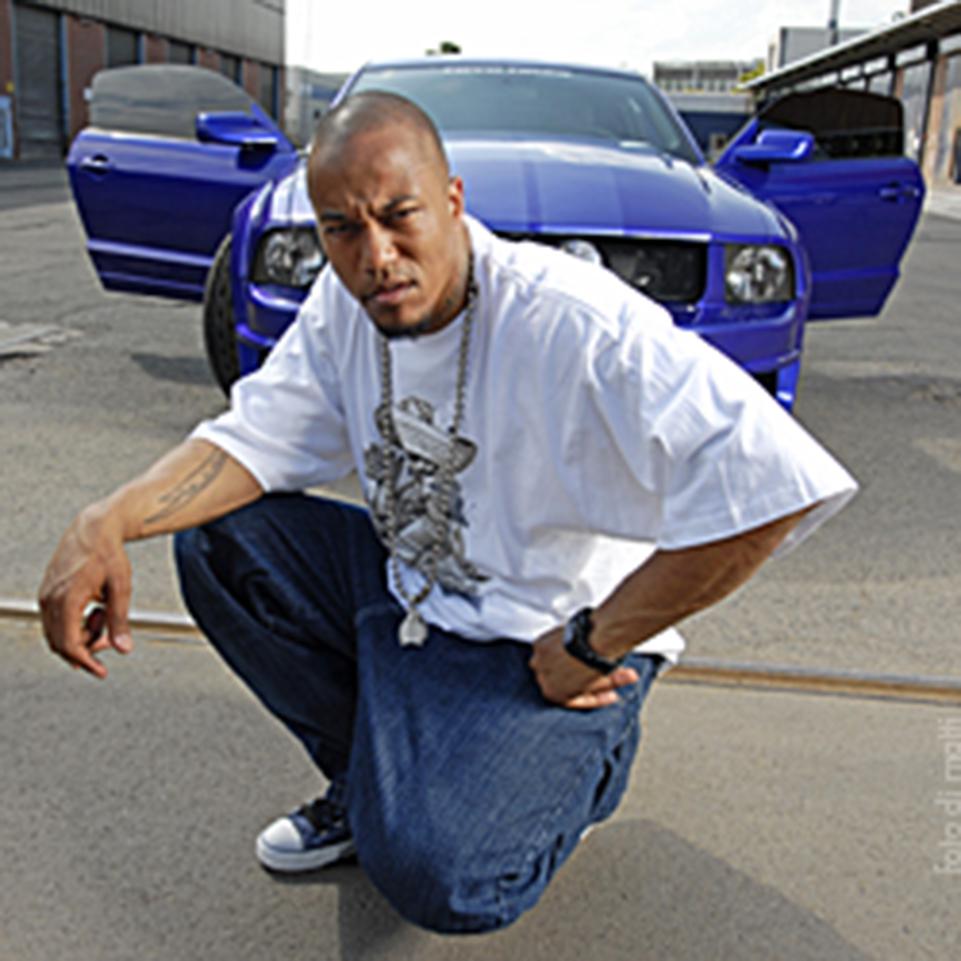 However, in January 2018 it was finally confirmed he had been killed in Deir Ezzor.

Cuspert  had joined the jihadists early in 2014, abandoning his home to become a mouthpiece in charge of propaganda that caused the German government to declare him a central figure at the “highest management level” of the terror group.

It was he who arranged for the videoing and distribution of the tapes showing the beheading of British innocents David Haines and Alan Henning.

Like Joseph Goebbels – the Nazi propaganda genius who exhorted his countrymen to fight to the death in WWII – so Dogg had a knack for twisting words and smoothly selling the idea of Holy War to gullible Muslims in his homeland.

Cuspert, who went by the Islamic moniker Abu Talha al-Almani, segued into the radical Salfist scene in Germany in 2010. 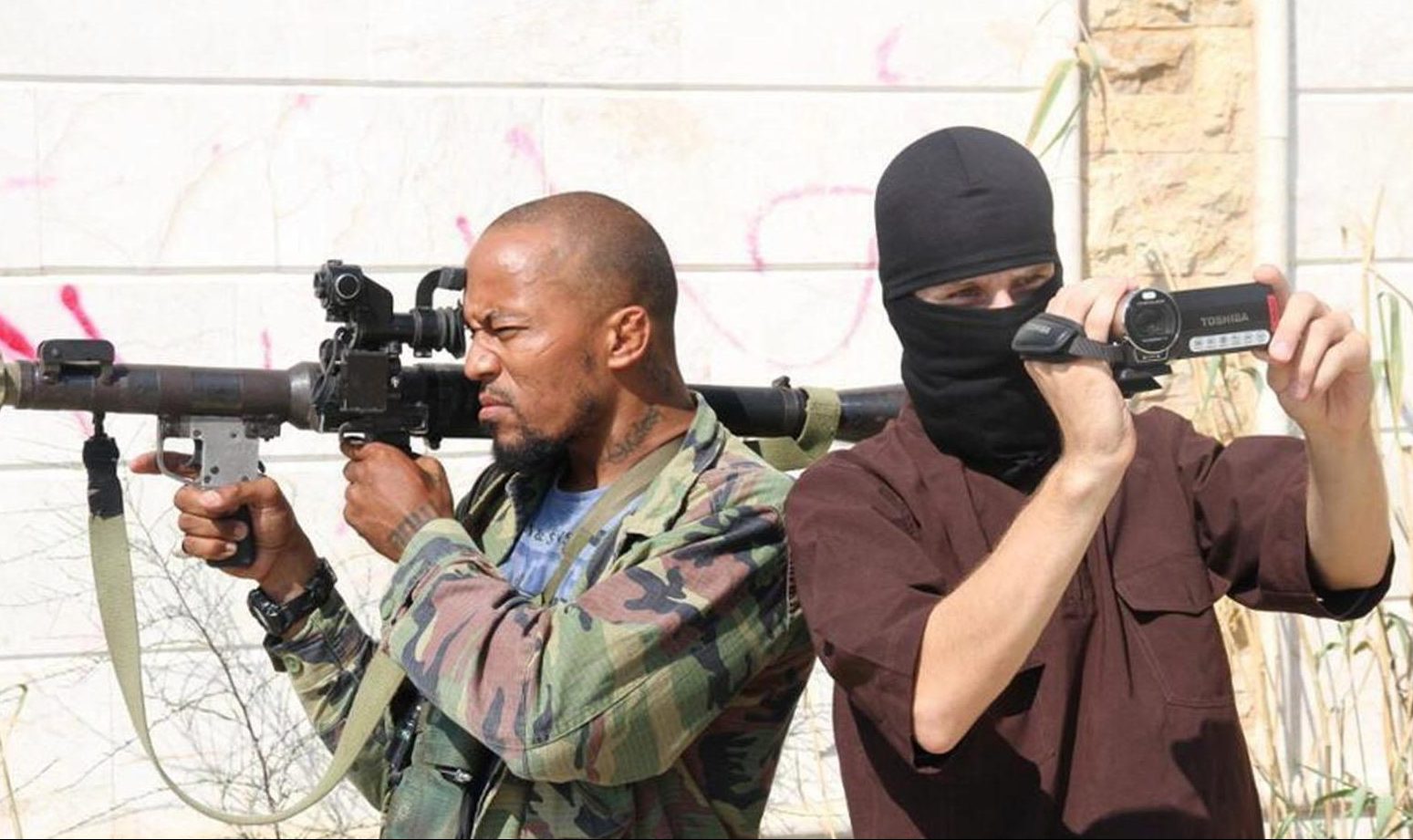 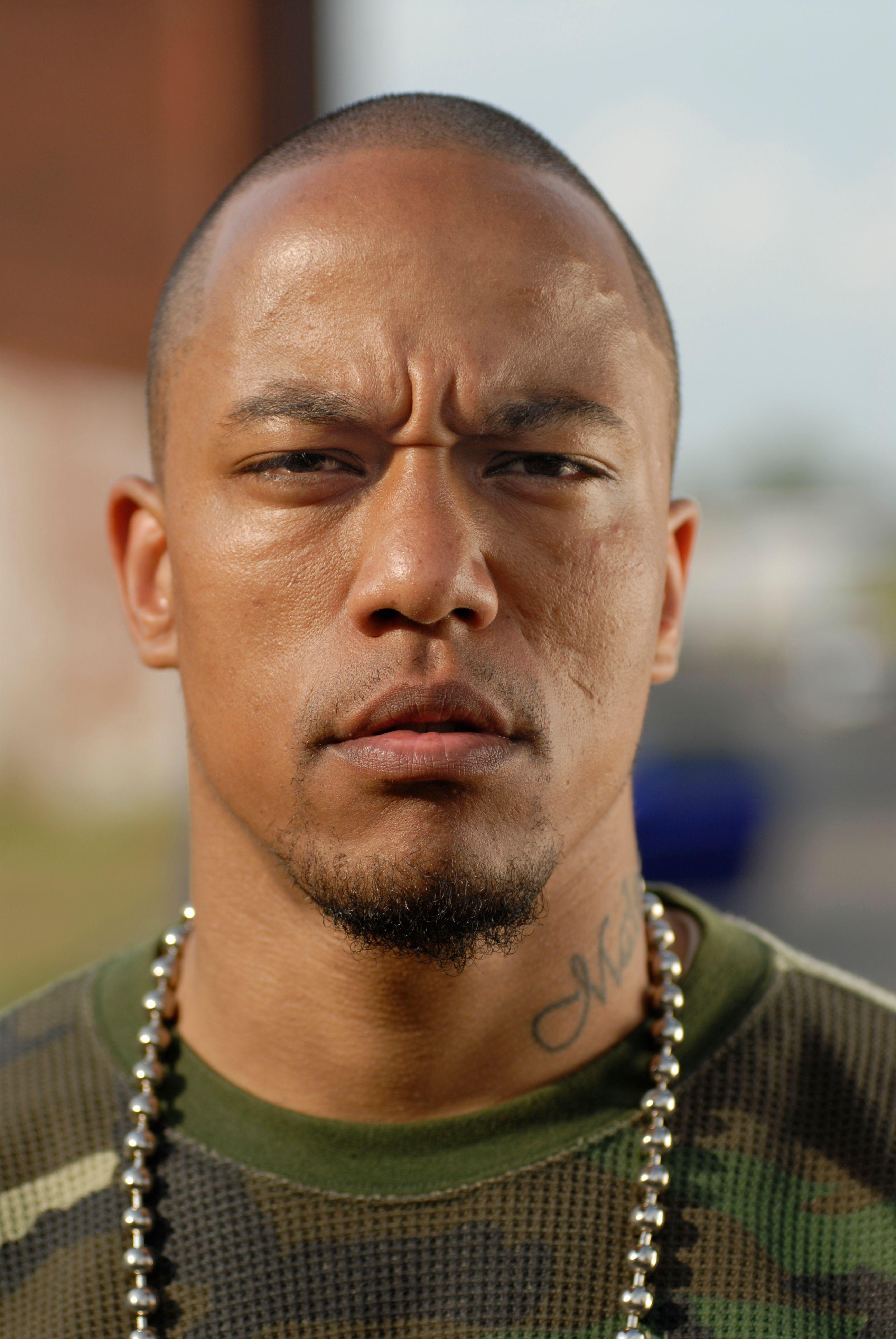 A Berliner, intelligence officials say he has played a key role in luring hundreds of young Germans to fight for Isis with slick videos that trash the west and promise paradise for those who fight and die in battle.

In 2015 the German government submitted a 125-page dossier on his crimes to the sanctions committee of the United Nations.

Denis Mamadou Gerhard Cuspert was born in Berlin on October 18, 1975 in Berlin’s gritty Kreuzberg district to a Ghanaian father and a German mother, Sigrid, and grew up in the more middle class enclaves of Schöneberg, Charlottenburg and Moabit.

His father left the family when he was still a baby.

Most read in news

He reportedly clashed frequently with his stepfather, a US army soldier, while growing up: a violent relationship which has served to fuel his hatred of America.

“I grew up with racism,” he later said. “Though my mother is German, some teachers back then would call me ‘Negro’ and treat all Muslim kids bad.”

He said that from an early age he trained himself in Thai boxing, tae kwon do and Brazilian jiujitsu.

We pay for your stories! Do you have a story for The Sun Online news team? Email us at [email protected] or call 0207 782 4368. We pay for videos too. Click here to upload yours.