JOHN HUMPHRYS: My wife was helped to die. Now it’s time we helped others, too

We learned this week that the Duke of Edinburgh died of old age. Hardly a startling revelation.

He was, after all, 99 and had suffered from various ailments including a heart condition for which he had been admitted to hospital a few weeks earlier. But the official death certificate signed by Sir Huw Thomas, the head of the royal medical household, made no mention of that. It declared simply that the cause of death was ‘old age’. GPs are usually discouraged from doing that.

When the British Geriatrics Society commissioned a study of 4,300 deaths over a period of two years, it found that only 98 of them were attributed solely to old age by the doctors who signed the death certificates. If the grandest doctor in the land is prepared to do just that, it suggests there might be an interesting change afoot. 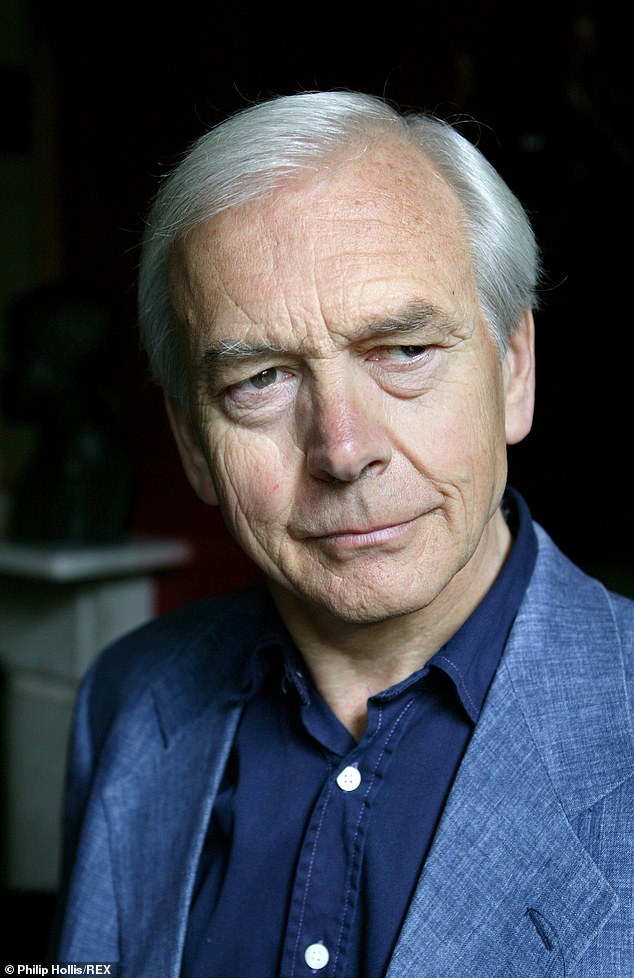 We condemn torture when it is inflicted by humans. Why should we condone it when nature is to blame and we have the means to end the suffering painlessly? 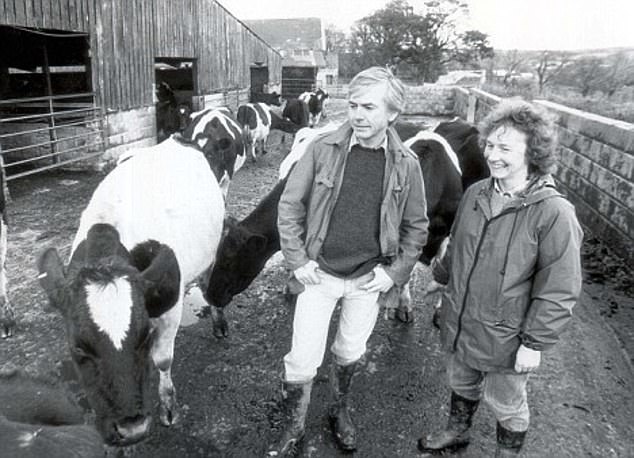 Newscaster John Humphrys and his wife Edna on their farm in Trelech, near Carmarthen

Forgive me for stating the obvious but the only absolute certainty in life is death. It’s how we approach dying where the uncertainty creeps in. Dylan Thomas told us to ‘rage, rage against the dying of the light’.

Yet all too often the ‘rage’ comes from those who want their lives to end, because their suffering is unbearable and incurable. And that rage is often directed against our heartless laws that do not allow doctors to help them.

As I wrote in these pages last year, my own father was one of them. Now there is real hope that the law will be reformed.

When Sir Huw made his announcement, the politician in charge of the NHS, Matt Hancock, was writing to Sir Ian Diamond, the National Statistician, asking if he had any figures on how many of us kill ourselves after being diagnosed with a terminal illness.

He’s already made it clear that he thinks there should be another debate on the legality of physician-assisted suicide. He has just said as much to a private meeting of the All-Party Parliamentary Group on assisted dying.

The last time Parliament voted on it they threw it out with a hefty majority. That was seven years ago and the public mood has changed sharply since then. Opinion polls say more than eight out of ten want change.

The last survey by the Royal College of Physicians showed that most doctors are still opposed to a change in the law, but if you add in all those who say they should be ‘neutral’ it seems clear even doctors are having second thoughts.

Let’s be clear: we are not talking here about legalising euthanasia, which was introduced in the Netherlands 20 years ago. Far from it. The former Labour Lord Chancellor Lord Falconer, who proposed the new law here, wants it to become legal for someone suffering from a terminal illness and who is likely to die within six months to be able to choose to end their lives sooner. Doctors would be allowed to help them without the fear of facing prosecution.

There is a single word that sums up the case for change. Compassion. To be diagnosed with a terminal illness such as motor neurone disease is to be condemned to death through slow torture without the slightest hope of having the sentence commuted.

We condemn torture when it is inflicted by humans. Why should we condone it when nature is to blame and we have the means to end the suffering painlessly?

The answer from many of those opposed to assisted dying is, quite simply, that life is sacred. Many doctors quote the Hippocratic Oath: ‘First, do no harm.’ Their sworn duty, they say, is to save life rather than end it.

The reality is that doctors often deliberately end lives. Those who do can also defend their actions on religious grounds. Aren’t we told that the Christian God is, above all else, a God of mercy?

When my former wife left hospital after doctors confirmed she had terminal cancer and only months to live, she was given a large bottle of diamorphine to take home. She was advised to use as much as she felt she needed.

The message could not have been more clear. If the pain becomes unbearable you have the ability to end it. She chose not to. She was able to rely on something even more powerful than morphine: the love of our daughter who cared for her night and day. But when the end finally came, in a wonderful Marie Curie hospice, the doctors and nurses told us they would increase the morphine until she slipped painlessly away. They helped her die.

So why should the doctors caring for someone suffering from, say, motor neurone disease not be allowed to do the same? They know what the end will be and so do its victims. A slow and agonising death. Unable to move. Unable to swallow. Unable to breathe.

Why should they have to beg their loved ones to take them to Switzerland to die, knowing that they are committing an illegal act if they are deemed to have assisted in that death?

That, when everything else is stripped away, is all the Falconer law is proposing. Granting someone who is capable of making the judgment the right to seek help to do something that will bring an end to their suffering.

Opponents say it would be just the start of a slippery slope. But that’s why we have laws and it has taken us a long time to get to the stage where our lawmakers might, just might, now take this modest but vital first step.

The former Tory Cabinet minister Andrew Mitchell was one of those who were opposed to any legalisation. He now says his view has changed completely.

‘Rather than moralising over generalised concerns, we must examine whether our current laws bear up under scrutiny, protect our citizens and respect their dignity. If they don’t, Members of Parliament surely cannot stand by and consign dying people to a miserable and undignified fate which our constituents would not choose for themselves.’

Mr Mitchell speaks for many. 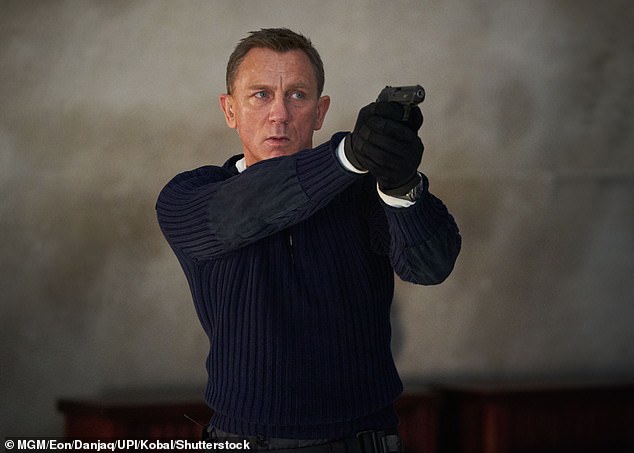 Bond may think he’s learned a few tricks since Q first taught him the ropes, but I wonder how he’s managing to cope with ‘imposter syndrome’

My secret source in the production office of the new James Bond movie tells me they are seriously worried. With only months to go before it’s due to hit our cinemas, our friends across the water have dropped a bombshell. The CIA has come up with something that could prove lethal for the movie’s success.

It has just released a new recruitment video which will make 007 look about as relevant to the world of modern espionage as a biplane is to a nuclear bomber.

The star of the video is no pale, stale male who thinks ‘woke’ is the opposite of sleep. She is so much more than just a spy. She is an ‘intersectional cisgender millennial officer’. Try that for size, Mr Bond!

And there’s much more where that came from.

Bond may think he’s learned a few tricks since Q first taught him the ropes, but I wonder how he’s managing to cope with ‘imposter syndrome’. His CIA comrade has not only conquered it but no longer ‘internalises misguided patriarchal ideas’. She proudly tells the world: ‘I am a walking declaration… I am unapologetically me.’

Are you getting the picture, Mr Bond? Your macho posturing is even more outdated than the hidden machine gun on your first Aston Martin.

So no, Mr Bond, you are not going to die. You are going to be cancelled.