At first, when Scottish comedian Fern Brady saw Chris Rock slapped on the Oscars stage over a joke, she admits feeling a little sympathy for the slapper Will Smith: “Because maybe his wife’s been crying about being bald”.

But the feeling didn’t last long. “They are really rich. She could afford to buy a wig made of gold.” 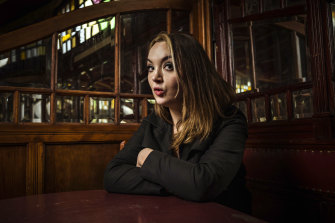 And jokes aside, the incident worries her, and others who make their living doing comedy on stages. Tuesday’s launch of this year’s Melbourne International Comedy Festival was a joyous celebration of a return to stage after long, hard pandemic years without much work. They really want to get back on the job. But they also really want it to be safe.

“I was talking about this with other comedians this morning,” says Brady. “What a lot of comedians are saying is [they worry the attack has] basically legitimised being able to get up and punch us.” 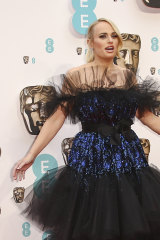 Rebel Wilson on the red carpet for the BAFTAs.Credit:Getty

She’s had close calls: two or three gigs she had to leave abruptly “because someone’s been about to glass me”.

“My worst gig ever was great, I got chased out of the venue and then out of the village by angry villagers. There’s a cliche at the moment, at least in the UK, that you can’t say anything in comedy. For me, comedy is the freest that I ever am in any area of my life, to say whatever I want.

“But definitely in the UK audiences will take great offence at it. It seems like Britain and America are very bad for the feeling that [someone] could get up and attack comedians.”

When Cal Wilson joined the writing team for Rebel Wilson’s hosting gig at this year’s BAFTAs, she knew there was a fine calculation to make. A successful host makes jokes about the industry: jokes with an edge rather than soft or predictable.

“It’s always exciting when someone is walking the line, when you get a gasp and a laugh,” she says. “But you also don’t want to turn that evening into s–t for anyone. People enjoy ‘oh my god, you can’t say that’, but you want them to be delighted that you’ve said it.”

She is not commenting directly on the Chris Rock slap, only about the difficulty of the hosting job. Rebel was praised for her BAFTAs turn. Variety said she “stole the show” and spared no one with her “numerous barbs”, with lines such as: “whenever I want to make myself cry, I think how much The Rock was paid for Jungle Cruise”. 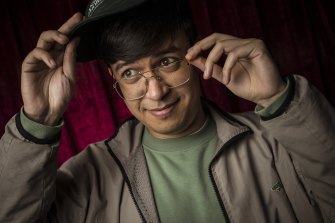 Cal says the writers work-shopped material, asking if a joke worked or felt too harsh.

Her guiding principle, she says, is: “If you can’t do a joke to someone’s face you shouldn’t say it”.

A large part of it, too, is assessing the audience and in the delivery: Rebel, says Cal, is so good at walking that line. “She’s really amazing at disarming the audience, poking at the splendour of the event, but clearly as someone who loves that world.”

English comedian Phil Wang jokes that the first thing he did after seeing the Oscars slap was cancelling “Will Smith’s comps to my show … I don’t care what he posts on Instagram about me”.

He has never been physically attacked, but he knows plenty who have.

“My initial response was mainly that Hollywood is an insane place, and Hollywood people are insane, and egos are fragile, dangerous things that people need to take control of,” he says. “And that jokes are jokes. There is a very important barrier between the physical and the verbal, and we mustn’t lose sight of that.

“Every comedian has had moments on stage where they felt an audience member has been threatening, or has been really unhappy to be there, or has taken umbrage with something you’ve said. But at all times, a comedian and everyone in a civilised society should feel secure in the fact that they’re not allowed to get physically assaulted.”

“If you go to a comedy show, you should understand the fact that you might get annoyed at some of the things the comedian says … and that happens in life. If I was at this function and someone said something that frustrated me, I wouldn’t slap them.”

Dave Thornton takes a more philosophical view. “It’s a very American thing,” he says. “They do talk about the right to freedom of speech and the right to bear arms, and then both of those things occurred within a 10-second period.”

Fern Brady says she’s less worried about her safety in Melbourne. Instead of being physically attacked, she says, aggrieved patrons are “more likely to send you an essay breaking down what they didn’t like about your show. I get a lot of very considered messages”.

The Melbourne International Comedy Festival runs until April 24. The Age is a major media partner.