After a three month break, Meghan McCain and Joy Behar were back to fighting on ‘The View’ — and it got personal. Joy flatly told Meghan she didn’t ‘miss’ her during her maternity leave.

They’re baaaack. Just one day after Meghan McCain‘s return to The View after maternity leave, she and co-host Joy Behar, 78, got into one of their patented knockdown, drag-out fights. The drama began when the ladies were, of course, discussing politics. Meghan, 36, interjected as Joy was claiming that the Republican party was “in trouble” and allegedly on the verge of division. “Excuse me, I’m not done!” Joy yelled.

After a little back and forth, Meghan jokingly told Joy, “you missed me so much when I was on maternity leave. You missed fighting with me.” Joy flatly responded: “I did not. I did not miss you.” Needless to say, that was enough to shock the entire panel of co-hosts into silence. A genuinely taken aback Meghan commented about how “rude” and “nasty” Joy was to her — and moderator Whoopi Goldberg didn’t disagree.

Whoopi, 65, hurriedly moved everyone on and tried to hold the peace. “Guys, everyone stop,” she said, halting the continued arguments. “This is not the way to do it, and so I’m going to become ‘Whoopi’ and say, Sara, I’d like to hear from you right now.” At that point, though co-hosts Sara Haines and Sunny Hostin attempted to keep the conversation going, it was kaput. When the show came back to commercial break for an interview with Dr. Sanjay Gupta, all was back to normal. 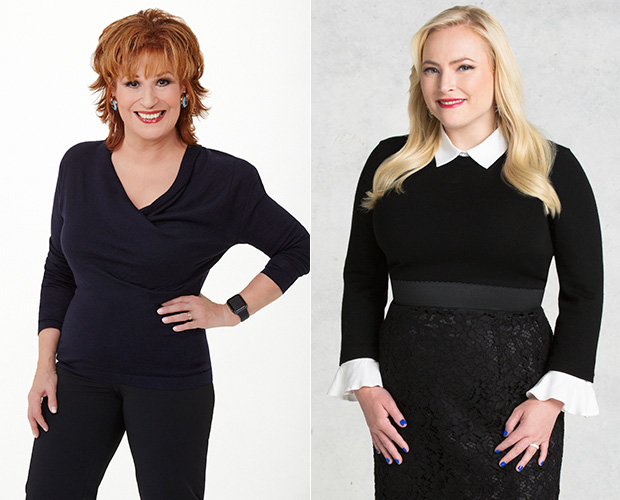 Meghan and Joy have a long history of fighting on The View, but the airwaves have been silent while Meghan was away for three months after giving birth to her daughter, Liberty Sage McCain Domenech. Her first day back on the job, January 4, came without any squabbling between the two women. It’s very clear that the detente was short-lived.