Meghan Markle was every inch the stunning royal bride on her wedding day in 2018, and all eyes were on the Duchess-to-be as she walked down the aisle. As one of the Royal Family’s most popular members, Kate, Duchess of Cambridge often attracts a lot of attention from royal fans at public engagements. But it appeared that the Duchess took on a low-profile, “complementary” role at Prince Harry and Meghan’s wedding.

During Harry and Meghan’s wedding service, Prince William was on-hand to support his younger brother in his capacity as best man.

But after the wedding, Kate and William’s main focus appeared to be on their children Prince George and Princess Charlotte, who took part in the wedding as page boy and bridesmaid.

One picture of Kate taken on the day saw her standing on the steps of St George’s Chapel, Windsor, clutching Princess Charlotte’s hand.

And in another, Kate could be seen chatting to Prince William as they organised their children after the service. 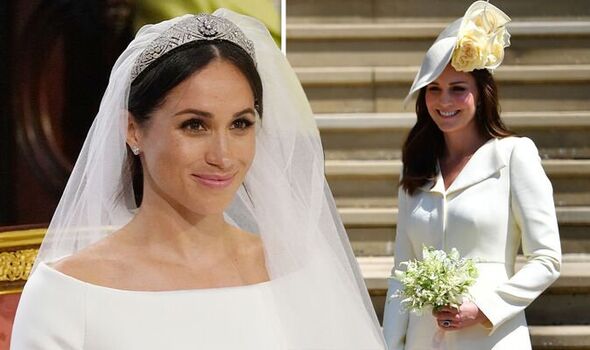 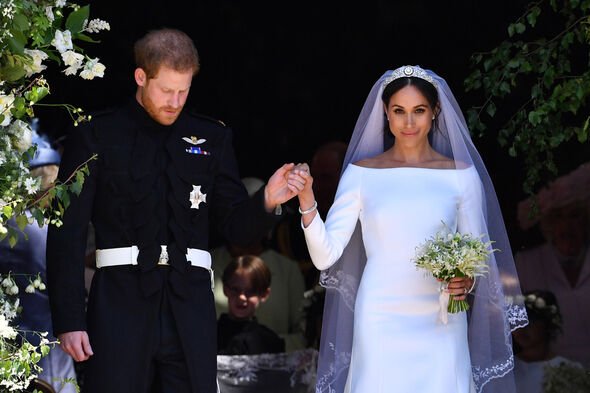 “It was Meghan’s day and Kate’s more low-profile body language suggested she had no desire to upstage her sister-in-law.

“Kate and William fell into ‘parents of the bridesmaid and page boy role’ once the service was over, clutching a child each by the hand and communicating between each other in a way that suggests they were checking everything had gone smoothly.”

While rumours of a rift between the Sussexes and the Cambridges would abound at a later date, this certainly did not appear to be in the works during Harry and Meghan’s wedding. 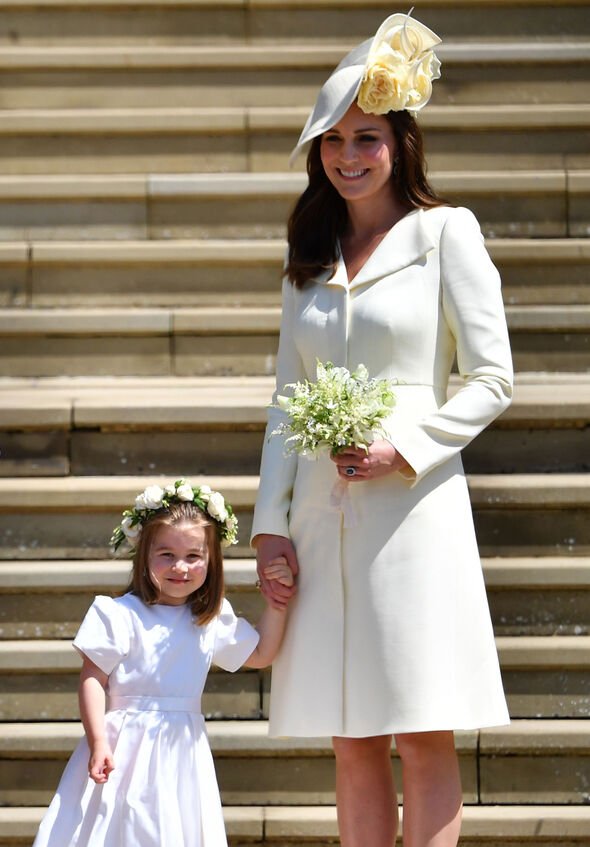 According to the expert, Kate looked utterly delighted for the couple on their big day.

Ms James added: “Kate’s smile from the sidelines did look like nothing more or less that the smile of a fond sister-in-law to Meghan and a loving ‘sister’ to Harry.

“If there were any symptoms of the brewing rift it was more down to a very subtle disconnect between the brothers, although this would have been expected given Harry’s open anxiety signals and his loving tunnel vision for his stunning bride.”

In her custom-made gown made by Clare Waight Keller for Givenchy, Meghan was undoubtedly the star of the show on the big day. 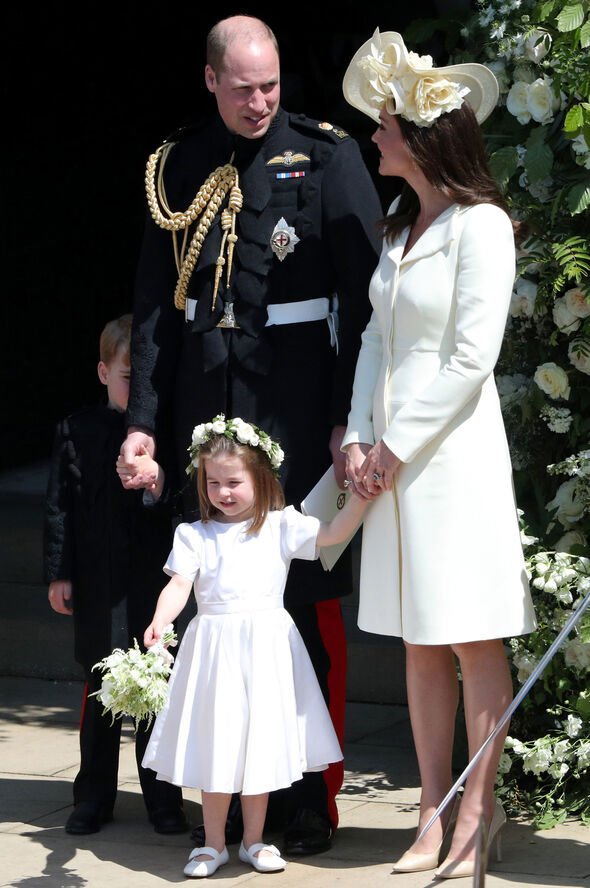 As for Kate’s ensemble, she opted to wear a low-key outfit that she had previously worn to Harry and Meghan’s wedding.

Royal women are thought to rewear an outfit they have worn previously at royal weddings so as not to distract attention away from the happy couple.

As whatever Kate wears is often a great source of interest to the public, her decision could be seen as a wise way of keeping the spotlight off her.

Kate had previously worn her yellow Alexander McQueen coat to the christening of Princess Charlotte in 2015 and to Trooping the Colour in 2016.