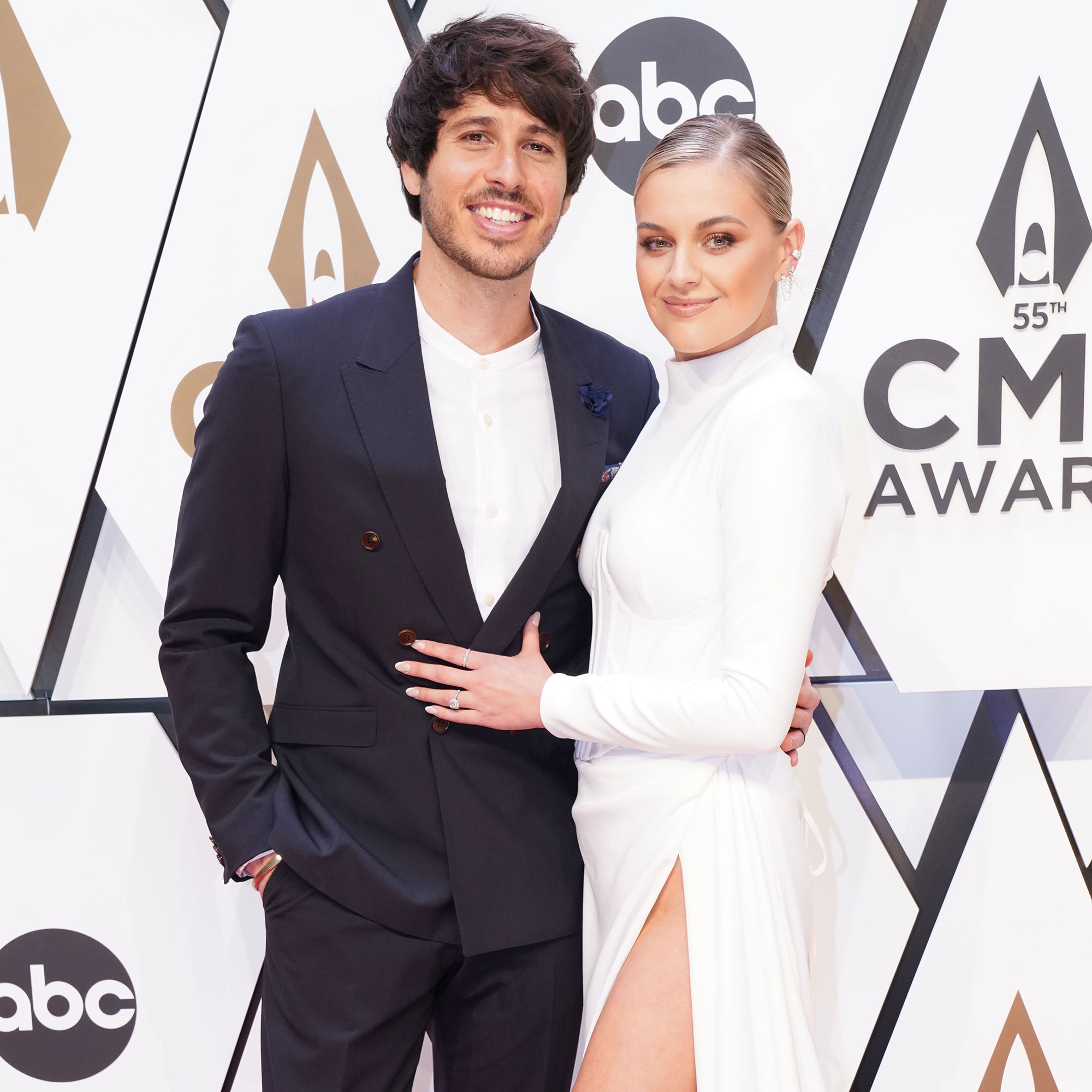 A creative boundary! Kelsea Ballerini and Morgan Evans won’t be writing music together anytime soon — which is just the way the country music couple likes it.

“We don’t [write together],” Ballerini, 28, explained during an appearance on Jimmy Kimmel Live! earlier this month. “You know, because we do the same thing all the time so we already bring it home. Imagine, like, them coming home and you’re, like, ‘Hey, like this hook? You want to write it?’ It’s just too much.”

The Tennessee native, who exchanged vows with her 37-year-old husband in 2017, noted that the couple find other ways to help each other in their careers.

“We both show each other everything. We’re pretty brutal,” she told guest host Chelsea Handler. “So I can only show him something if I’m like, ‘I know I love this, so even if he thinks it sucks, I’m still going to hang my hat on it.’ But I think you have to have that with anyone in your inner circle. You need that brutal honesty to you know, to know if it’s good or not.”

Ballerini previously opened up about when she made an exception to the couple’s rule and she and Evans worked side by side.

“During this whole process, Morgan and I always kind of said we’re never going to write together because, I don’t know, we just respect each other so much as songwriters,” the Grammy nominee exclusively told Us Weekly in October 2020 about rerecording her album as an acoustic release during the COVID-19 quarantine. “I was worried that I’d get in the room and be like, ‘Oh, it’s weird that I’m writing a love song about you, with you.’ Like, I just thought I’d be so in my head about it.”

At the time, the “Other Girl” singer recalled being pleasantly surprised by the process, adding, “But we ended up starting to write together the last few months and it’s been so much fun when we’re just itching to play music, we’ll both just pick up a guitar and start writing, so that’s definitely been a good silver lining.”

The pair formed a connection after cohosting Australia’s Country Music Channel Awards in 2016. After less than one year of dating, Ballerini and Evans got engaged and later tied the knot in front of family and friends in Cabo San Lucas, Mexico.

The Australia native, for his part, has gushed about how his romance with Ballerini influenced his own music.

“It’s my story. It’s leaving behind everything and everyone you know to chase down a Country Music dream on the other side of the world. It’s the excitement of the unknown, it’s the fun, it’s the loneliness & it’s the struggle,” he wrote via Instagram in October 2018 about the inspiration behind his Things That We Drink To album. “It’s losing someone and finding the strength to keep your head up and make them proud. It’s meeting a girl, falling hopelessly, and marrying the love of your life.”