Keeping up with Kete.

Kim Kardashian gave fans an intimate glimpse into her relationship with Pete Davidson on social media on Monday.

The “Kardashians” star, 41, posted a slideshow on Instagram of her and the “Saturday Night Live” alum, 28, spending a day together at the pool.

In the images, the couple are seen lounging around the house and being very comfortable with one another.

Kardashian was photographed in most shots in a black crop top and sweat shorts and also a bikini. Meanwhile, Davidson was shirtless with a pair of gray sweat pants and a beanie.

The Skims founder playfully placed her feet on her beau’s chest in two of the photos.

The carousel gives fans a look into the pair’s every day life just hours after they teased how they keep their sex life spicy in the newest “Kardashians” trailer. 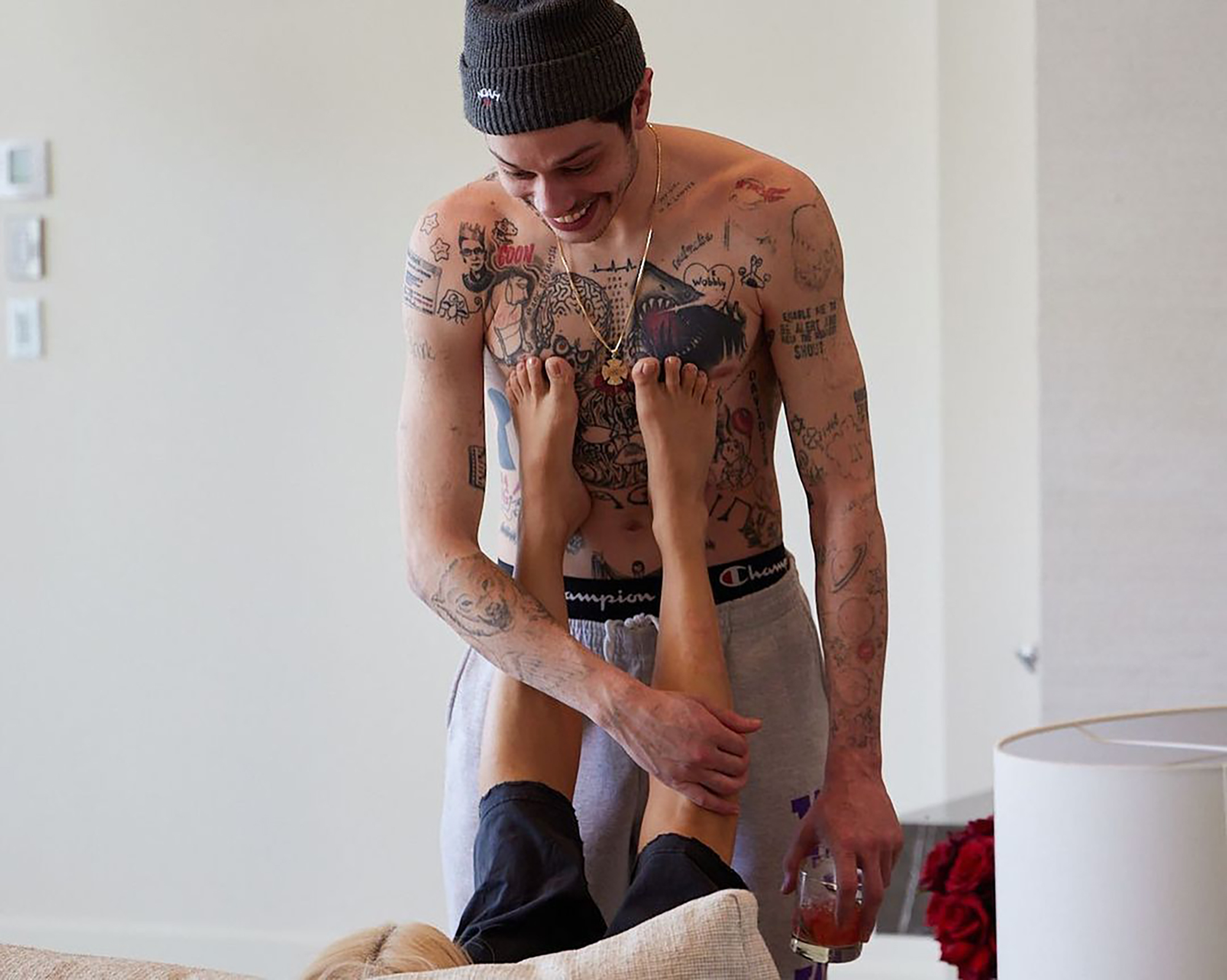 In the teaser clip for Season 2, which was released Monday, Kardashian asked Davidson if he wanted to shower with her as she was undressing from an event in front of her sister Khloé Kardashian and members of her team.

The “King of Staten Island” star was seen without hesitation running at the opportunity to take a bath with his lady and even jokingly dropped his smartphone in the process.

Kim and Davidson have been going strong for nearly a year. 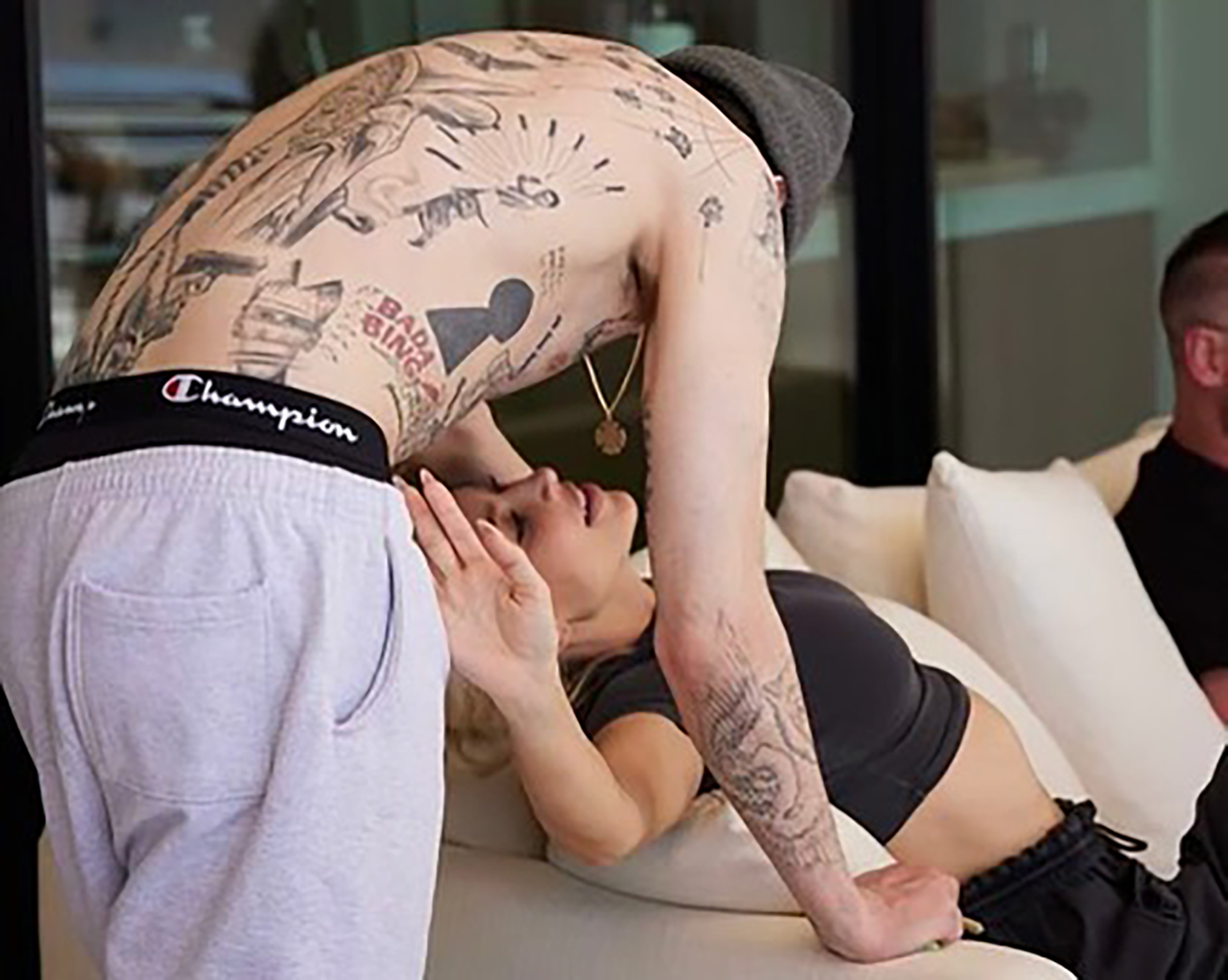 They began dating in October 2021 after the reality star’s hosting debut on “SNL,” in which they shared a kiss during a Princess Jasmine and Aladdin-themed skit — a moment which has been inked onto his clavicle.

Kim recently revealed that she waited six months to introduce her four kids with Kanye West to her new boyfriend after consulting with therapists and loved ones.

Sources previously told Page Six that Kim’s relationship with Davidson is “so easy and effortless” and there is “a lot of laughing and smiling,” which is evidenced by the photos the “Keeping Up With the Kardashians” alum shared on Monday. 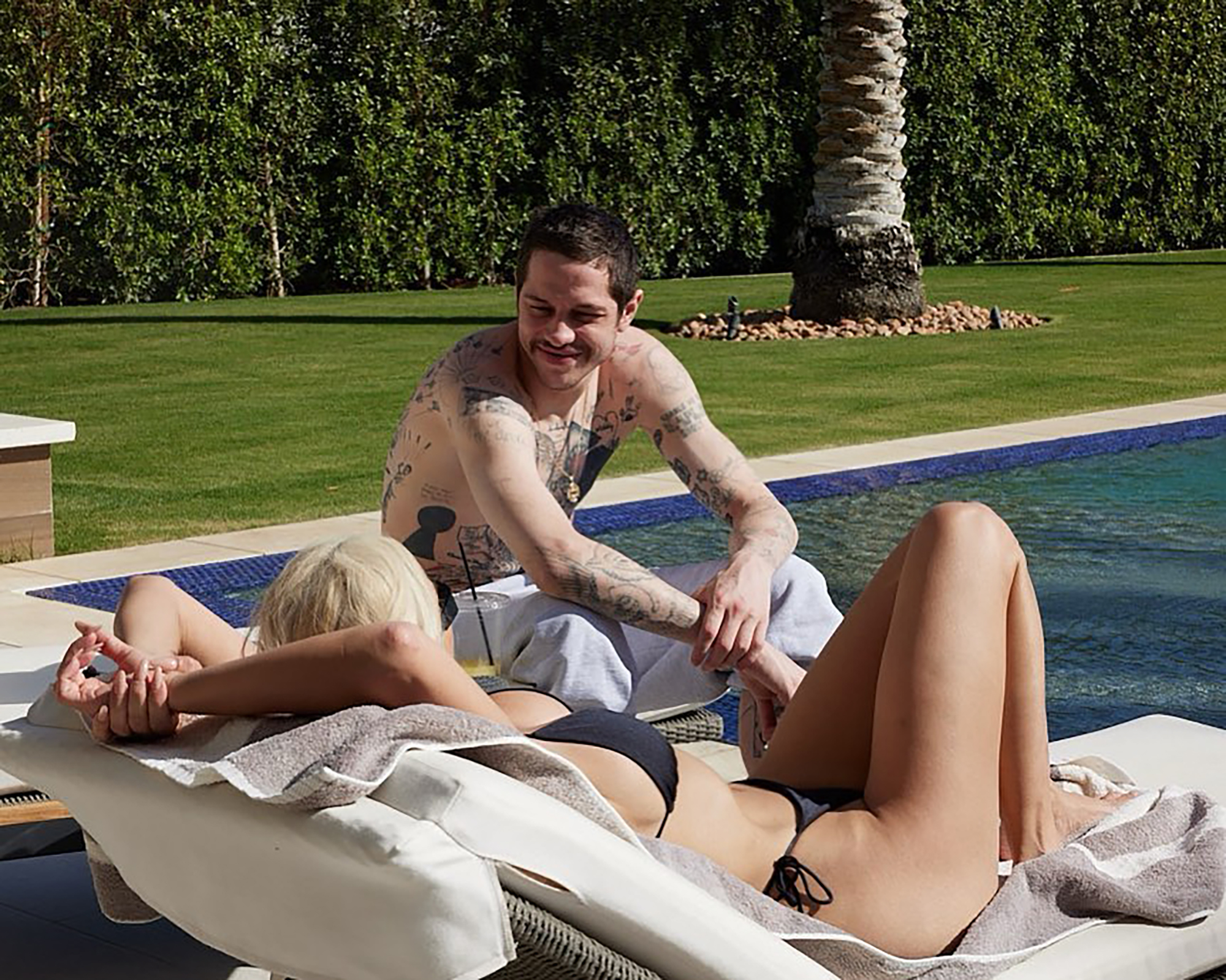 During an episode of Season 1 of “Kardashians,” Kim raved to pals Ellen DeGeneres and Portia de Rossi that Davidson is “truly the sweetest, nicest human being on the planet.”

In February 2021, the KKW Beauty founder filed to divorce West, 45, after seven years of marriage.