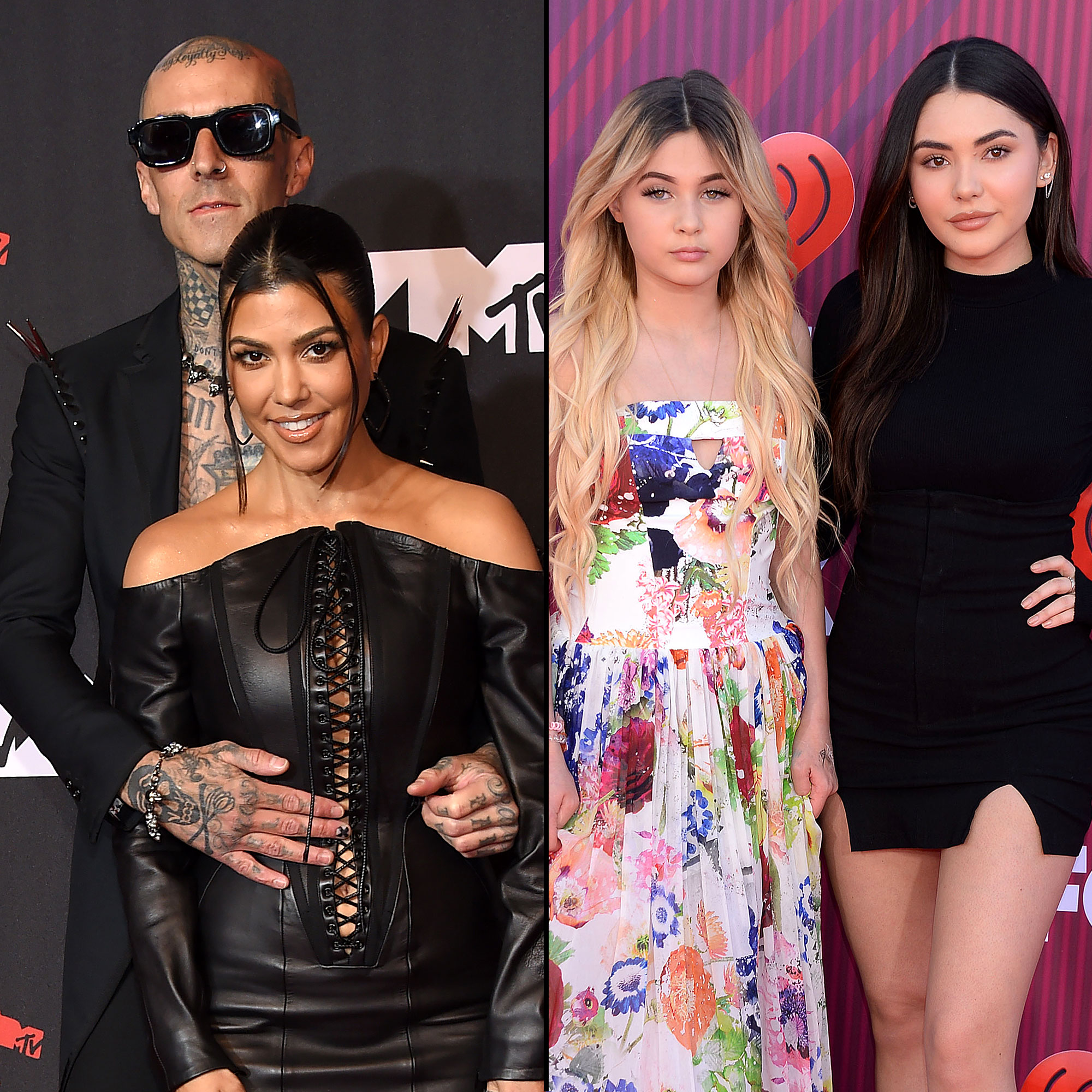 Kourtney Kardashian and Travis Barker Bond With Each Other’s Kids

“Poolside with @poosh,” the Keeping Up With the Kardashians alum, 42, captioned a Thursday, September 30, Instagram slideshow, which featured a photo of herself laughing with the Blink-182 member’s stepdaughter, Atiana, 22, and daughter, Alabama, 15, on lounge chairs.

Later in the social media upload, the Poosh creator posed for pictures with her friends, enjoyed a foot massage and drank from a coconut.

Alabama commented on the post with heart emojis, while Atiana left stars.

Barker, 45, shares the teenager with his ex-wife, Shanna Moakler, as well as son Landon, 17. The former pageant queen, 46, welcomed Atiana with then-fiancé Oscar De La Hoya in 1999. After Barker split from Moakler in 2008, he maintained his close bond with his stepchild.

Kardashian has bonded with the drummer’s three kids on multiple occasions, from family vacations to beach trips. The Los Angeles native shares Mason, 11, Penelope, 9, and Reign, 6, with Scott Disick, and Barker is close with them as well.

In July, the musician bought Kardashian’s daughter a pink drum set for her 9th birthday — and has even been teaching her how to play.

“You can’t be pushy, but you’re like, ‘Oh, do you want to learn to play something?’” the rocker told Nylon in September. “And she’s always bright-eyed and like, ‘Yes, like I’m so excited to learn how to play.’ So she caught on really quick, like, super quick.”

Barker clarified that he doesn’t have “weekly” lessons with Penelope, explaining, “When she wants to learn … something new, I like being there to fill that little space, that creative space in her head. I think next she’s just going to record something at the studio.”

Us Weekly confirmed in January that Barker was dating the reality star. While a source exclusively told Us the following month that Disick, 38, felt “OK” about his ex’s relationship, he later bashed their PDA in an alleged Instagram DM to Kardashian’s ex Younes Bendjima.

“Yo is this chick ok!?????” the Flip It Like Disick star wrote in August in a screenshot shared by Bendjima, 28. “Brooo like what is this. In the middle of Italy.”

Besides coparenting, the New York native’s friendship with Kardashian is now “nonexistent,” a source exclusively told Us last month. “He’s really just focused on being there for his kids and spending time with them.”