It wasn’t until the 29-year-old actress started working with independent directors like Kelly Reichard and Olivier Assayas that she began to break the mold.

“It gave me a chance to not weigh something down. It was so much bigger than me,” she told Vanity Fair for its September cover story. “My baggage was so minuscule in comparison to what [Reichardt’s and Assayas’s] story lines are, as filmmakers. I was finally given a chance to be looked at, not as this thing in this celebrity-obsessed culture that was like, ‘Oh, that’s the girl from Twilight.'”

Not only were fans obsessed with the movies, but they were also fascinated by her relationship with Robert Pattinson. The now-exes regularly made headlines, especially after Stewart’s cheating scandal with Snow White and the Huntsman director Rupert Sanders.

Stewart has since been romantically linked to Stella Maxwell. The 29-year-old model even accompanied her to the Vanity Fair shoot. When asked about her love life, Stewart played coy.

“I only date people who complement me,” she quipped. 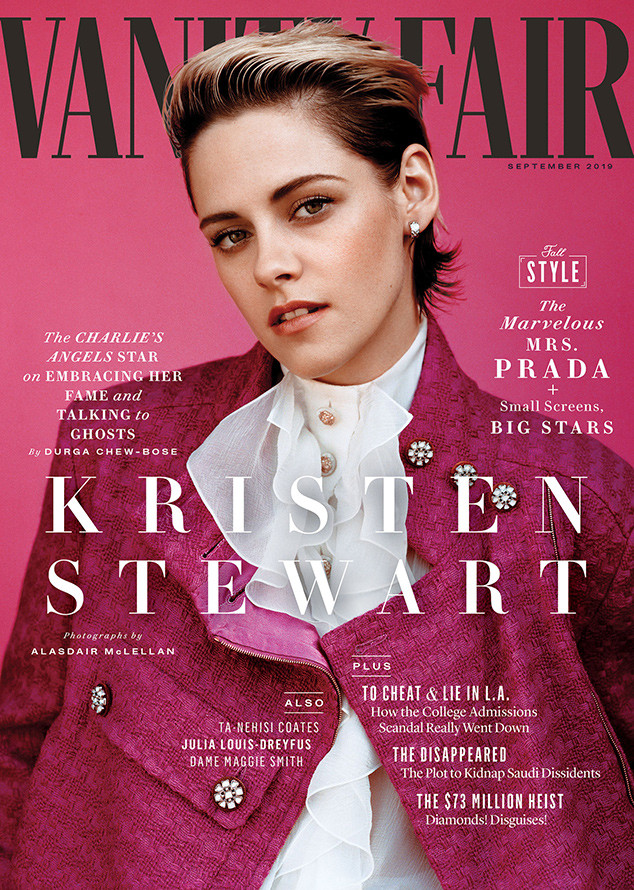 However, Stewart’s protection of her privacy shouldn’t be misunderstood.

“I think I’ve grown out of this, but I used to be really frustrated that because I didn’t leap willingly into being at the center of a certain amount of attention, that it seemed like I was an asshole,” the Charlie’s Angels star told the magazine. “I am in no way rebellious. I am in no way contrarian. I just want people to like me.”