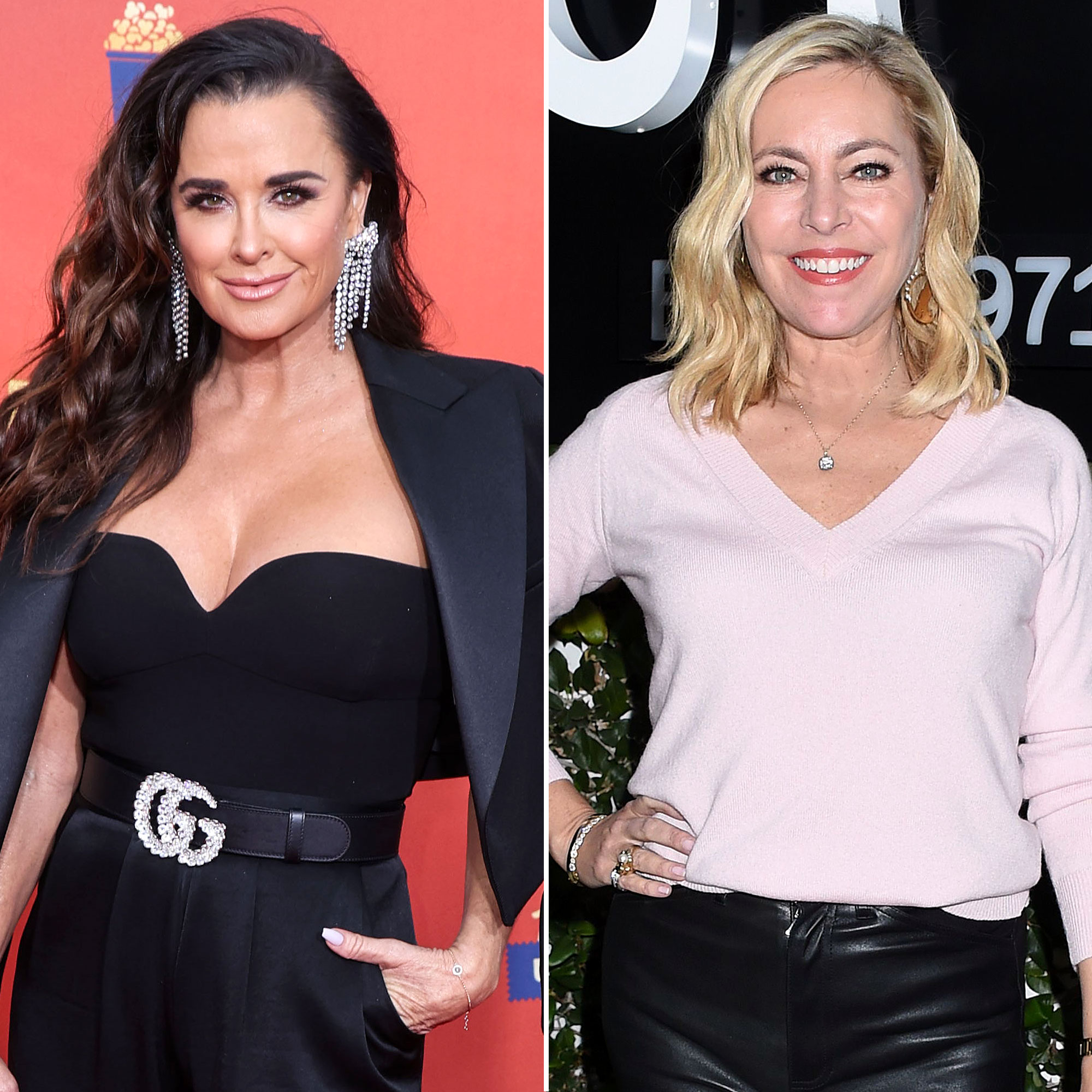 In the rearview. Kyle Richards gave an update on where she stands with Sutton Stracke after implying the latter wasn’t being honest about her past miscarriages.

The Halloween Kills actress, 53, drew backlash after clips from the upcoming Wednesday, July 6, episode of The Real Housewives of Beverly Hills made the rounds on social media. After raising eyebrows with her comments, the California native took to her Instagram Stories to clarify a few points for her followers.

“When Diana [Jenkins] was sharing her story about having a miscarriage I was taken aback because I felt like Sutton wasn’t letting Diana have her moment to share what she had just recently gone through,” Kyle wrote on Tuesday, July 5. “I had obviously had a few drinks and didn’t express myself clearly & I was disappointed in the way I handled myself altogether.” 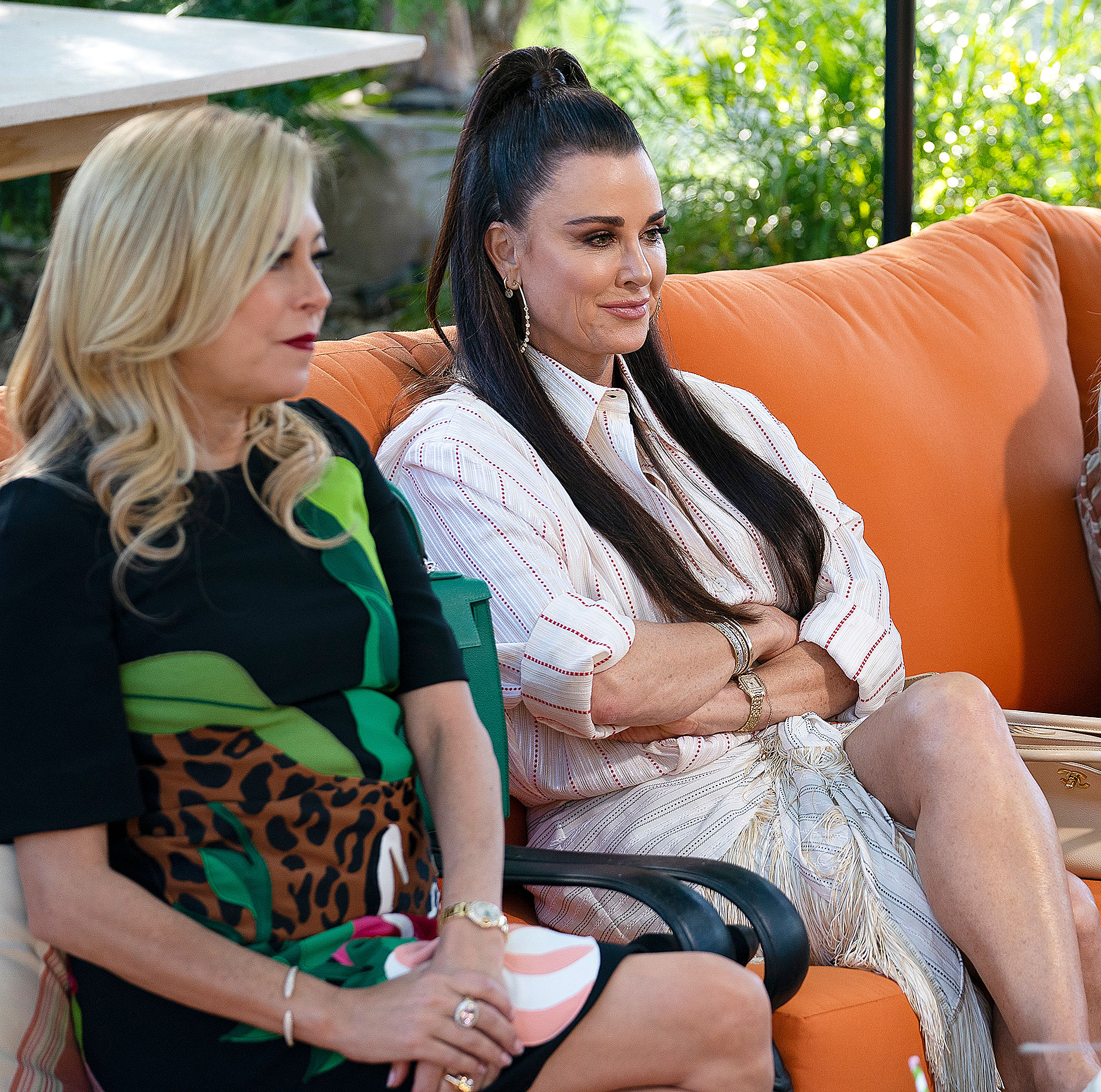 The Little House on the Prairie alum continued, “When I woke up the next morning I thought about what happened the night before and I realized that maybe Sutton was sharing her story with Diana to connect with her in some way. I immediately called Sutton and apologized to her.”

Kyle noted that she thinks of Sutton, who first appeared on RHOBH during season 10 in 2020, as being “a close friend” and didn’t mean to hurt her. “Sutton accepted my apology and we moved on,” the actress concluded.

Bravo viewers saw part of the drama unfold toward the end of the June 28 episode when newbie Diana, 49, opened up about her pregnancy loss. When Sutton confessed that she had “lost two babies” herself, Kyle expressed her disbelief.

“You’ve lost two babies? I’ve never heard this before,” Kathy Hilton‘s sister said. “I love you, but this feels like bulls—t. … You’re going to say you lost two babies? Out of the blue, you say that. We don’t know that!”

Former ‘Real Housewives of Beverly Hills’ Stars: Where Are They Now?

The Georgia native explained that she was trying to “reach” Diana on a “human level” after their prior disagreements. Kyle attempted to defend Diana, leading Sutton to question her friendship with the OG Housewife. “That’s the meanest thing you’ve ever said to me in my entire life,” she tells Kyle.

Sutton has yet to publicly address Kyle’s comments. Ahead of Wednesday’s episode, the Halloween star was also slammed for laughing when Erika Jayne told Garcelle Beauvais‘ teenage son to “get the f–k out” of a party thrown for his mom.

“I was laughing about a friend’s drunken, ridiculous behavior,” Kyle argued in an Instagram comment after the clip went viral. “NOT about disrespecting someone’s child. I think you know me better than that by now. I wasn’t even there to see this and only heard about Erika and what she had said later.”

The Real Housewives of Beverly Hills airs on Bravo Wednesdays at 8 p.m. ET.