Could 3-year-old Stormi Webster have a future career as a stylist?

In a series of videos posted on mom Kylie Jenner’s Instagram Stories on Monday, the toddler helped unbox a pair of 3D-printed Balenciaga shoes (that thankfully weren’t Crocs).

“What?! New pumps?!” the 23-year-old makeup mogul squealed as Stormi took the first neon pink heel out of its drawstring dust bag.

“I wanna see if the other one is pink or blue or green,” Stormi said, to which Jenner replied, “I think it’s gonna be pink.”

Even after glancing inside the second bag, Stormi insisted, “I think they’re gonna be purple.” 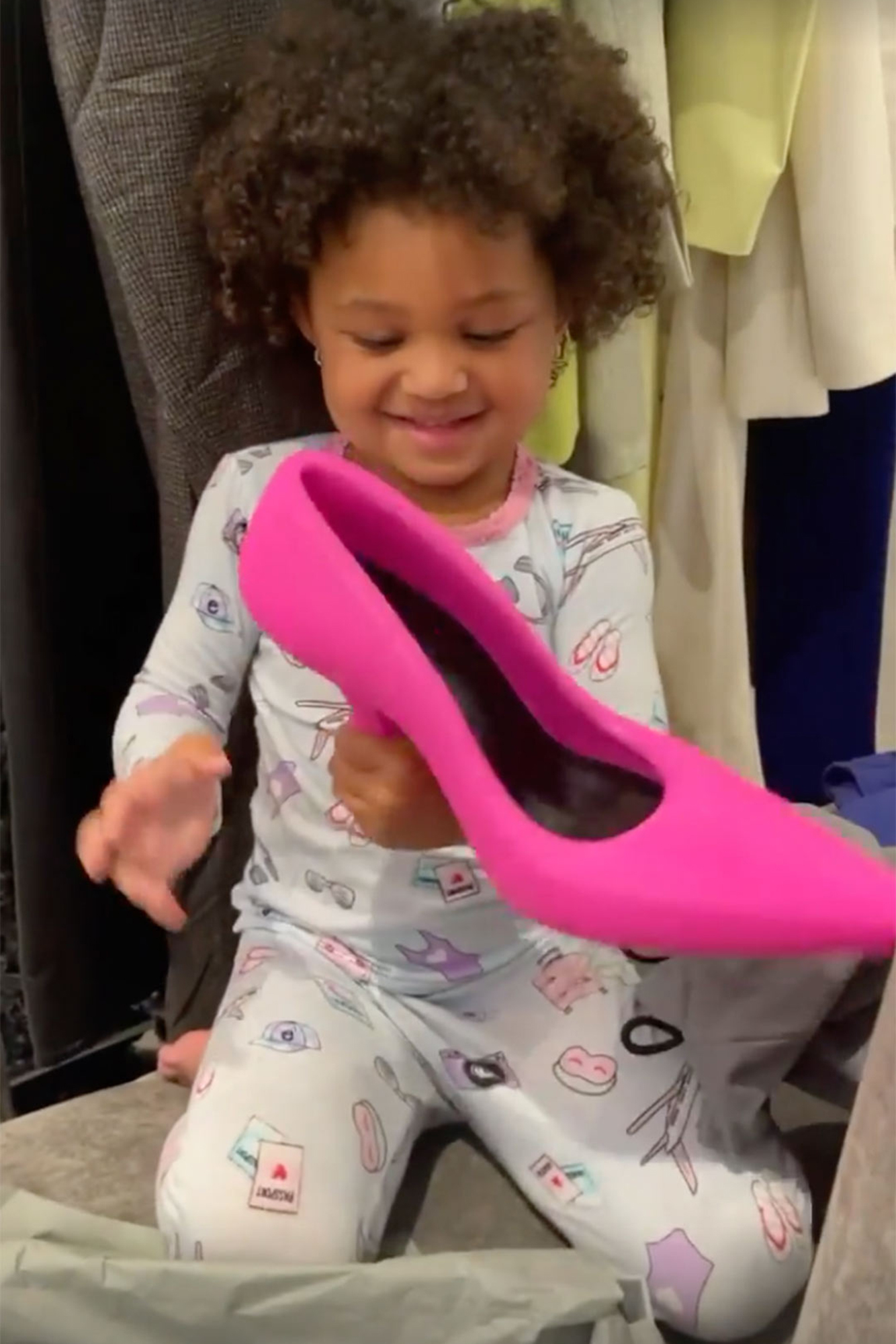 Jenner then tried to share a fun fact about the footwear with her tot. “Stormi, you know these are 3D-printed?” she asked, adding as an aside, “I know you don’t even know what 3D-printed is yet, but.”

Giving fans a closer look at her custom pumps, Jenner zoomed in on the “KYLIE” inscribed on the side. 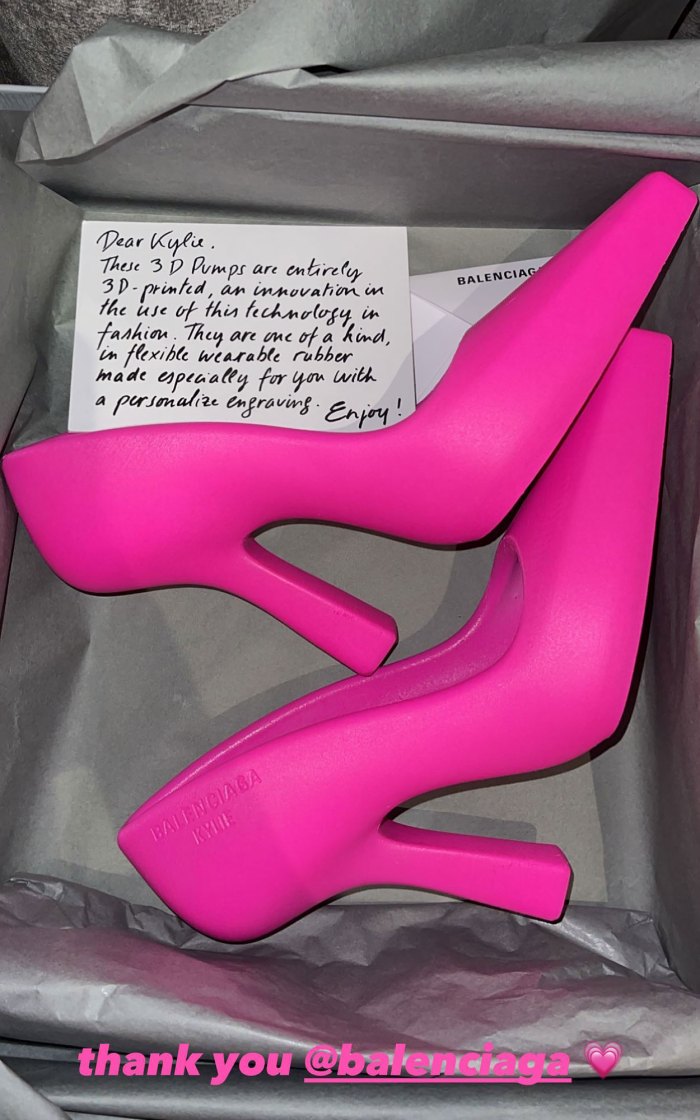 “Dear Kylie, These 3D pumps are entirely 3D-printed, an innovation in the use of this technology in fashion,” read a note included with the shoes, as seen on Jenner’s Instagram. “They are one of a kind, in flexible wearable rubber made especially for you with personalized engraving. Enjoy!”

Jenner shares Stormi with rapper Travis Scott; the couple are reportedly giving their relationship another shot following their October 2019 split.

While the two work things out, it seems their daughter’s having plenty of fun playing personal assistant.