Kylie Jenner is one hot mama.

Just two days after revealing her pregnancy, the makeup mogul bared her bump at New York Fashion Week on Thursday in a sheer lace jumpsuit.

Her curve-hugging LaQuan Smith style was fully sheer, save for a swath of equally drafty black fabric wrapped around her waist.

The makeup mogul, who was attending Smith’s show at the Empire State Building, paired the eye-catching look with a black coat.

Perhaps she’s been taking maternity style cues from her sister Kim Kardashian, who stepped out in her own see-through lace look at the LACMA Film and Art Gala while pregnant with son Saint in 2015. 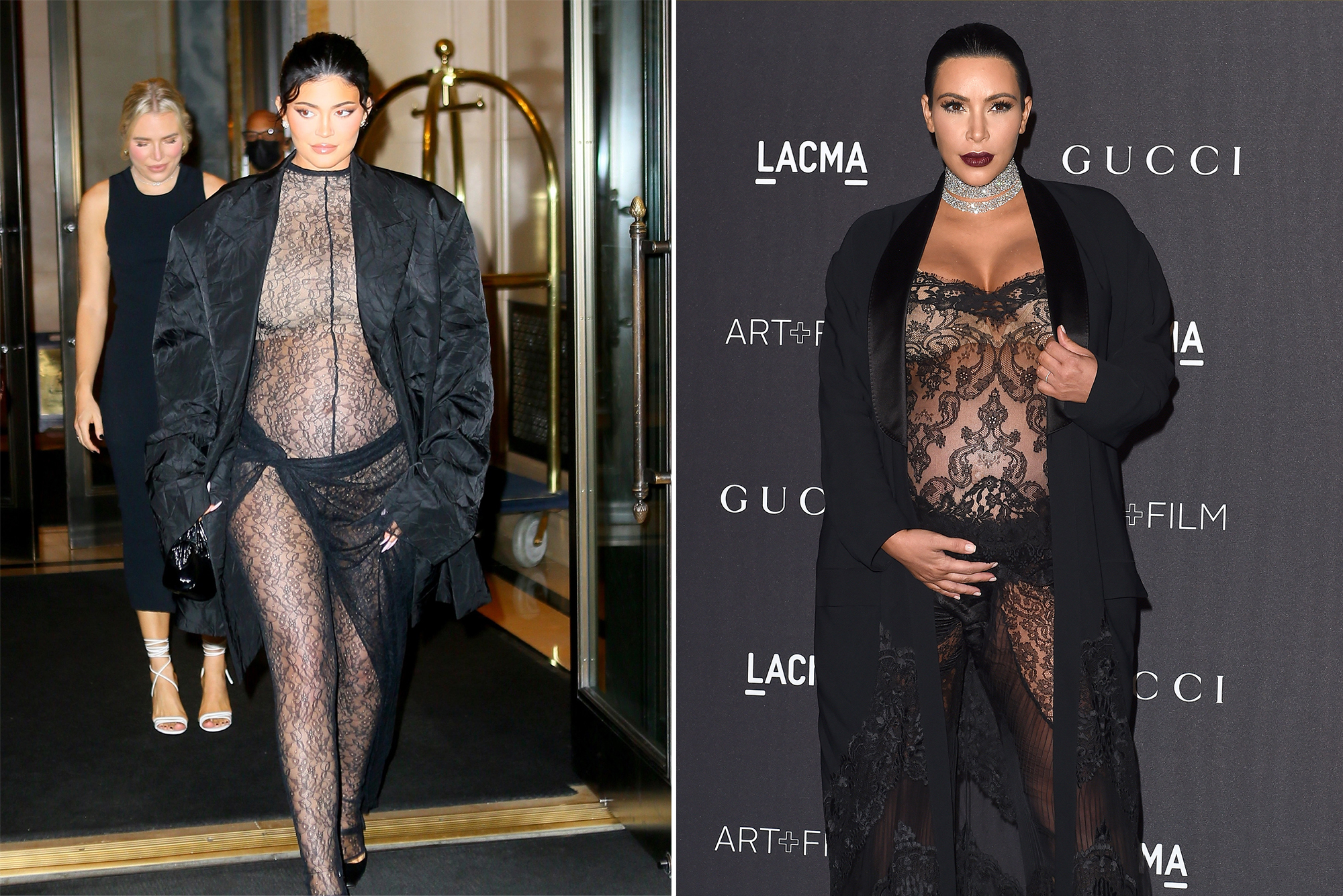 Jenner’s never been one to shy away from curve-hugging bodysuits herself, even once admitting to forgoing quarantine sweats in favor of casual catsuits. If her latest look is any indication, it seems she’s sticking to the style during pregnancy, too.

While the star kept her first pregnancy completely under wraps, this time she’s showing off her bump in style. Earlier in the day, she paired a crop top with an Off-White coat and Sami Miro vintage jeans at Revolve’s NYFW show. 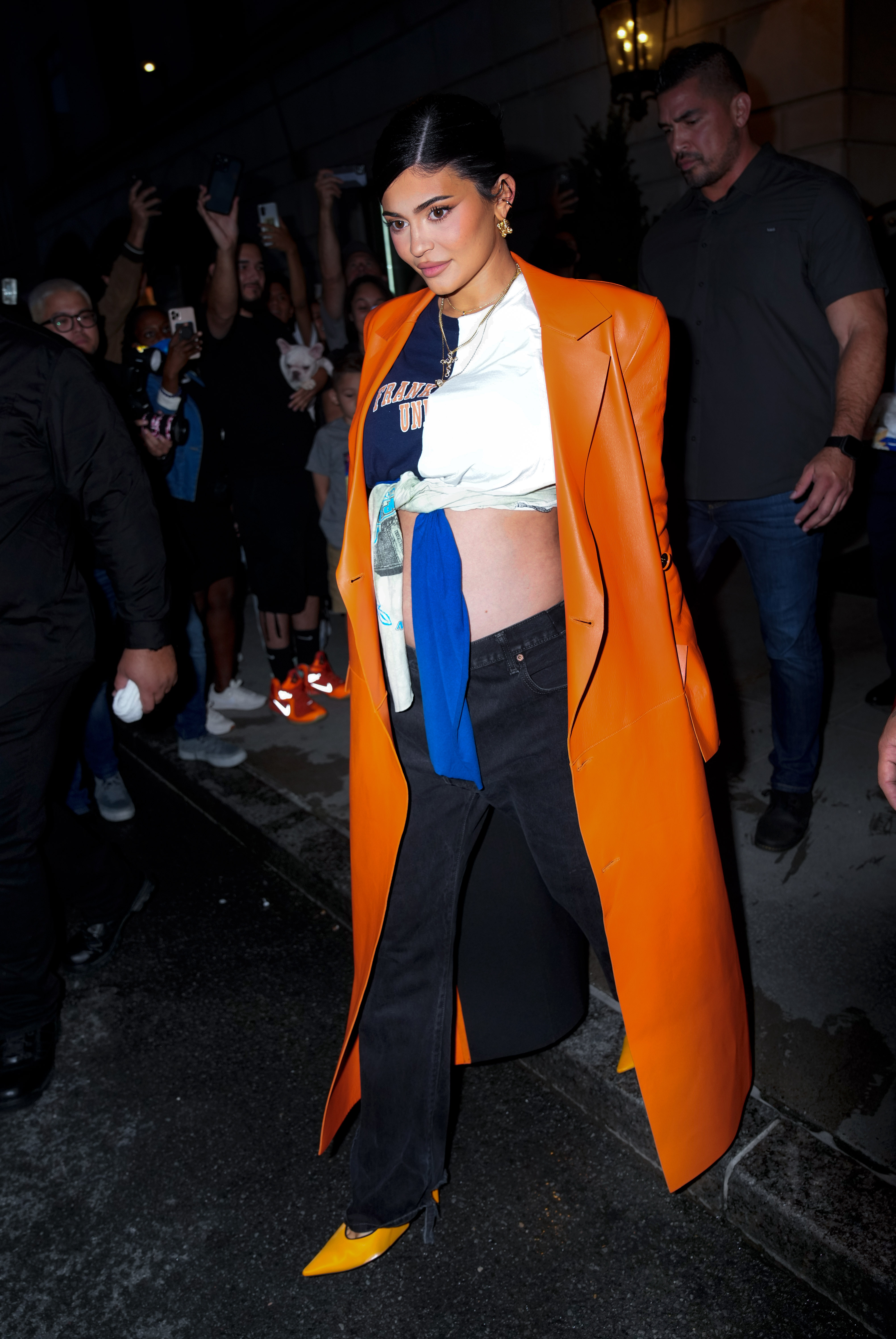 She also put her own spin on maternity style during a night out in Soho on Tuesday, sporting a Vintage Marcela pearl leather coat and dress.

Earlier on Tuesday, she chose a style with a stomach cutout for her pregnancy reveal Instagram video. The sweet clip confirmed Page Six’s report from August that she is expecting her second child with Travis Scott, with whom she also shares daughter Stormi, 3.