Lady Gaga stepped out on the red carpet of the 2022 BAFTA Awards, the event in which she’s nominated for an award for her role in ‘House of Gucci.’

Lady Gaga, 35, looked incredible at the 2022 British Academy of Film Awards on March 13! The singer and actress turned heads in an Old Hollywood inspired mermaid style dress by Ralph Lauren. The deep green velvet gown included a sexy plunge cut, showing off a diamond and emerald necklace by Tiffany & Co. which matched the brand’s “Schlumberger” bracelet. She looked every bit the movie star as she accessorized with a black ostrich feather 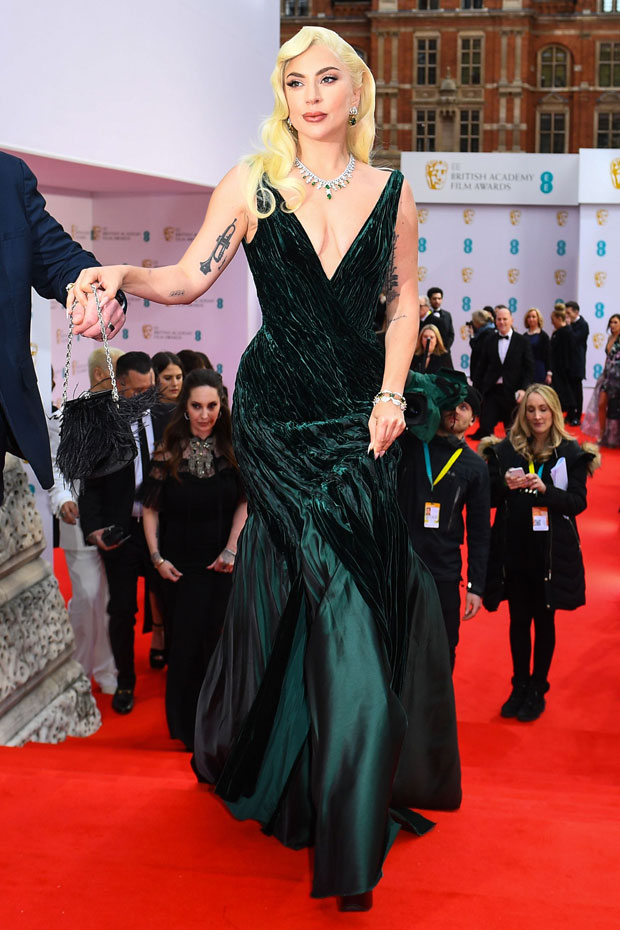 Gaga’s appearance at the BAFTAs comes as she and her film House of Gucci have been recognized through nominations at the event. The talented star is nominated in the Best Actress in a Leading Role category for her role as Patrizia Reggiani, the socialite was convicted in a trial for hiring a hitman to kill her former husband and head of Gucci fashion, Maurizio Gucci. The film is based on the rocky relationship between the husband and wife and the murder that shocked the fashion world.

The BAFTAs isn’t the first place Gaga has wowed on a red carpet for her work in House of Gucci. The beauty showed up to the SAG Awards, where she was also nominated for her work in the brilliant film, on Feb. 27. She wowed in a white and gold dress as she posed on the red carpet of the event. 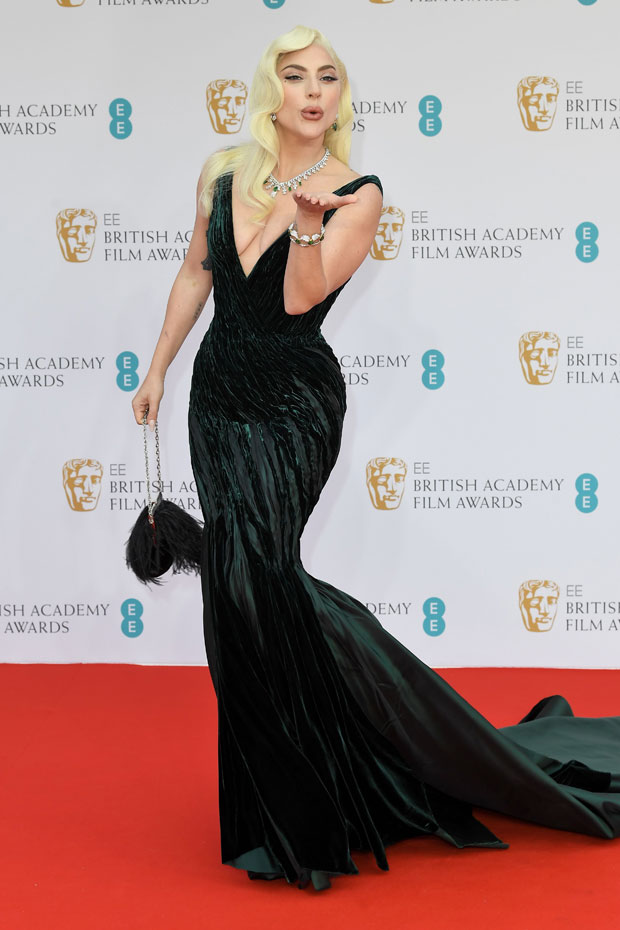 Gaga also attended several premieres for House of Gucci in Nov. and flaunted various memorable looks. Milan’s premiere had her wearing a red hot sleeveless dress with a high slit and Los Angeles’ had her in a strapless gold sequin dress. She also went with a black velvet halter dress with a plunging sheer section for the New York City premiere. 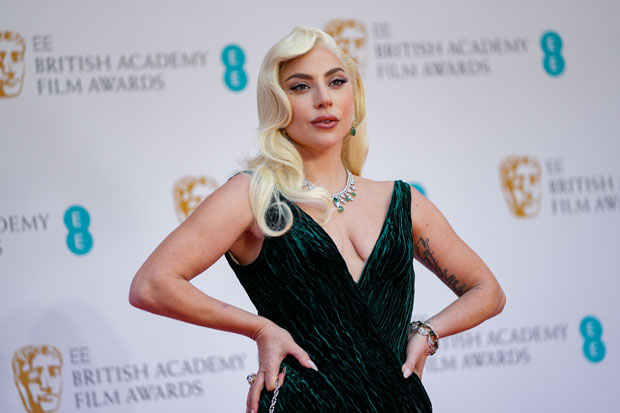 In addition to events, Gaga has done beautiful photo shoots to promote House of Gucci these past few months. One was for one of Variety‘s Actors on Actors issues on which she posed with Jake Gyllenhaal. The actors had a conversation for the feature and discussed several topics such as life, work, and art. The blonde wore a fitted black long-sleeved outfit while Jake wore a tan blazer over a matching button-down top and pants.