A survey of Indigenous cultural values likely to be affected by raising the height of the Warragamba Dam wall has been criticised for downplaying the damage the multi-billion dollar plan will cause and for assuming the project would proceed.

The assessment report, compiled by Waters Consultancy last year and obtained by The Sun-Herald, says that traditional owners view the plan to raise the wall by at least 14 metres to be a continuation of their “dispossession” that began when Lake Burragorang was dammed in the 1960s. It noted their on-going refusal to engage in the survey “reflects the legacy of trauma”. 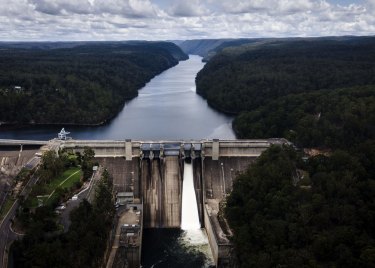 The NSW government wants to raise the height of the Warragamba Dam by at least 14 metres. Indigenous groups say the resulting inundation will create significant damage to cultural sites even if any flood is temporary.Credit:Brook Mitchell

The survey identified many sites of cultural significance in the area that would face inundation from a higher dam wall, including the Gurrangatch-Mirrigan Dreaming Track and the Buru (Kangaroo) Dreaming Story Places. Archaeological sites and waterways are also important.

It also noted “many other cultural routes or pathways in the study area have not been mapped or discussed in this report” and that “existing documentary sources are insufficient to identify and map them without detailed consultation with Aboriginal cultural knowledge holders”.

However, because of the boycott from Traditional Owners “it has been necessary to attempt to identify the key aspects of the Aboriginal cultural values of the Project area through a desktop analysis of the ethnographic literature and historical records”, the report said.

The survey follows a separate heritage assessment report that identified 334 at-risk sites in the flood zone but examined just 27 per cent before declaring impacts would not be significant. That partial estimate prompted critics to describe the project as Sydney’s “Juukan Gorge”, likening it the detonation of 46,000 rock shelters in the WA Pilbara by mining giant Rio Tinto in May 2020. 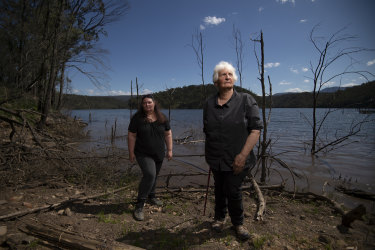 Gundungurra traditional owners, Kazan Brown (left) and Aunty Sharyn Halls, visit an area on the shores of Lake Burragorang that will be inundated if the dam wall is raised.Credit:Wolter Peeters

Gundungurra traditional owner Kazan Brown said she had many concerns about the latest Indigenous cultural survey, including the fact it assessed effects based on an inundation that would follow a one-in-20 year deluge, which is less damaging than the recent March floods.

The survey found Reedy Creek, a site of important water holes and other cultural values, would not be affected by flooding. “Obviously, they don’t know this country,” Ms Brown said.

Similarly, the report assessed the effects of an inundation only to be temporary, when for some sites, the impacts such as on rock art would be permanent, she said.

Ms Brown said the most disappointing aspect was that all of the report’s 11 recommendations assume that the project would proceed, dismissing objections by Indigenous groups. 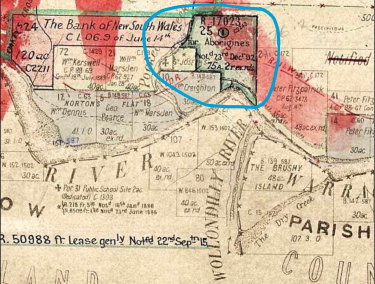 Some of the indigenous cultural heritage information contained in a government-commissioned study for the project to raise Warragamba Dam wall. This map shows land set aside for traditional owners.Credit:Waters Consultancy/Niche

“The whole report is just rubbish,” Ms Kazan said. “There’s no recommendation that the project not go ahead, regardless of the amount of culture that it’s going to destroy.”

Minister for Western Sydney Stuart Ayres is overseeing the project. “A higher flood mitigation wall would temporarily hold more water in the dam which lowers the impact of floods downstream,” he said. “This is a clear choice: hold water behind the higher dam or let it flood communities, businesses and homes.” 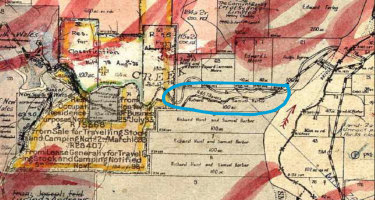 Another of the historical maps used to assess cultural values to be affected if the wall at Warragamba Dam gets raised.Credit:Waters Consultancy/Niche

Ms Kazan noted the recommendations included “cultural heritage awareness and cultural competency training” for all WaterNSW staff, consideration of hiring an inhouse archaeologist, and support for biannual on-country visits for Aboriginal community members – but only once the dam wall is raised.

“Why aren’t these things already happening?” Ms Kazan said. “They should have been implemented a long time ago.”

Harry Burkitt, a campaign manager at the Colong Foundation for Wilderness, said the proponents were using low flood estimates to minimise the suggested damage: “It’s all designed to downplay every single impact.”

“WaterNSW’s mitigation strategy is to ‘develop a cultural heritage training package for staff’ while at the same time facilitating the destruction of several hundred cultural sites within a World Heritage Area,” Mr Burkitt said.

“I would be surprised if the NSW Planning Department actually allows this nonsense to go on public exhibition.”

Minister Ayres will be appear on Monday at a hearing in Parliament into the March floods.

The environment impact statement on the project is expected to released soon for public comment.

Our Breaking News Alert will notify you of significant breaking news when it happens. Get it here.