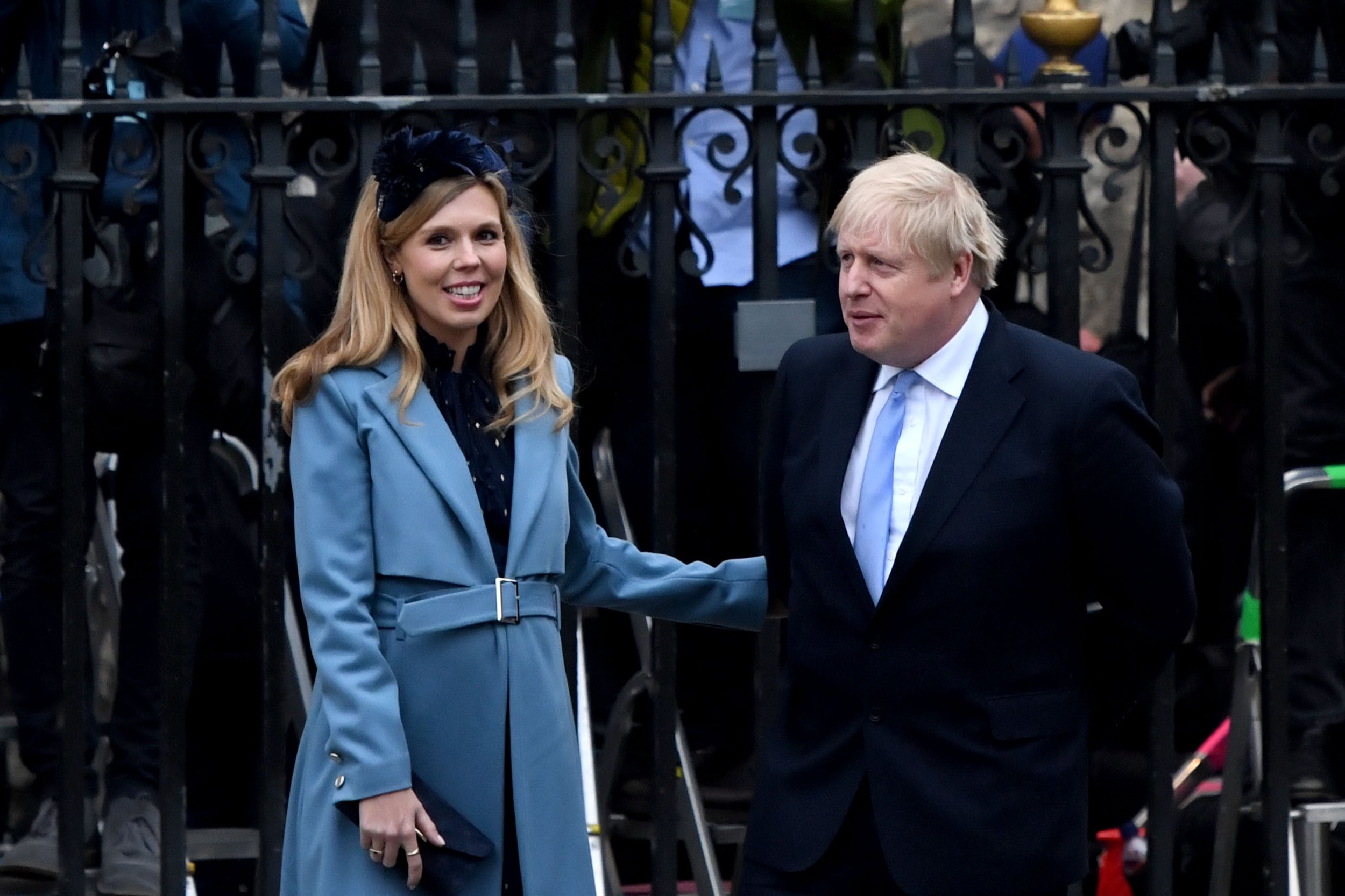 Scrolling through Instagram on Saturday night my stomach suddenly lurched.

Posting a picture of a Christmas bauble of a pram, Carrie Johnson announced that she is expecting, following a miscarriage in January this year.

‘Hoping for our rainbow baby this Christmas,’ she wrote.

Carrie, wife of PM Boris, added: ‘I hope that in some very small way sharing this might help others too.’

But what resounded with me most about her message was when the 33-year-old admitted to being ‘a bag of nerves’.

While others – her husband, friends, family, may see the pregnancy as purely happy news, for Carrie it could feel like she’s enduring the most almighty struggle of her life.

I know it did for me.

The term ‘Rainbow Baby’ refers to a successful pregnancy following miscarriage – the sunshine after the rain, the happiness after the pain, the pot of gold at the end of months of grieving.

But just because you’re expecting another child, the pain of loss doesn’t magically disappear, and that’s why it was so brave of Carrie Johnson to admit to feeling nervous, and afraid.

In January 2014, when my son Henry was 14 months old and I was three months pregnant, I suffered a violent and traumatic miscarriage. I bent down to kiss him and felt a searing pain in my stomach.

Blood, clots, and remnants of a foetus all poured out of me as I dragged myself up to the bathroom in the desperate hope he wouldn’t pick up on what was happening.

Just a day before he had kissed my swollen stomach as I cooed for him to ‘kiss the baby’, now 24 hours later that child was leaving my body and there was nothing I could do about it.

National miscarriage charity Miscarriage Association estimates that around a quarter of a million pregnancies end in miscarriage each year in the UK, yet still the subject remains taboo.

When I lost my second child my world fell apart. My husband Jamie and I had already discussed names, chosen a double buggy to ferry Henry and his new sibling around in, and told friends and family of our exciting news. Then it was all snatched away from me in an instant.

I was traumatised, I was grieving, and I felt cheated. I felt I had failed as a woman – isn’t carrying babies what we’re made for? I was desperate to get pregnant again and, thankfully, soon I was.

From the second the scan showed my daughter’s heartbeat I was overjoyed. But I was also consumed with anxiety and fear. Having lost a baby so recently I was petrified that this one wouldn’t cling on either.

Complications brought on by the miscarriage meant I had bled heavily for six weeks after – so heavily that I needed a blood transfusion – so my body was weak. My ‘rainbow baby’ pregnancy had actually been twins, but I miscarried one of the foetuses, then spent an angst-ridden month attending weekly scans to check the remaining foetus still had a heartbeat.

She’s a tough cookie my daughter – even before birth she defied all odds and hung on in there. But, when you’ve miscarried, every cramp, every spot of blood, every attack of nausea, triggers something in your brain that panics ‘is it happening again?’.

‘Bag of nerves’ is putting it mildly. Miscarriage can bring grief, anxiety, in some cases even PTSD, so no wonder the pregnancy that follows is riddled with fear.

Like Carrie I miscarried in the January and then had the news my ‘rainbow baby’ was due to arrive the following Christmas.

But unlike during my previous pregnancies I didn’t post pictures on Facebook or bask in my ‘glowing’ glory. I tentatively told a few friends, and kept pictures of me and my son cropped above the waist. I felt that by revealing my pregnancy I was somehow tempting fate to take another baby from me.

By sharing her news Carrie has taken a brave step – by revealing that she miscarried before conceiving this child she is offering hope to others who haven’t yet reached that stage. And by just simply writing the word miscarriage she is opening up the conversation and telling people ‘look, it happened to me, it can happen to anyone’. And it does.

My rainbow baby clung on and was delivered safely at the start of the following January. Despite the inevitable anxieties that surround raising a freshly-born human being, I finally began to relax. We had made it.

Beatrice is now six years old and the feistiest human I’ve ever met (which isn’t always something I relish!). But I know her strength started developing way before she made her formal entrance into this world, and I’m eternally grateful for it.

So yes, congratulate a woman on her rainbow baby. Wish her well and offer your support. But don’t forget she may well still be grieving too. Her mind may be filled with worries, fears, utter dread that the next spot of blood or unexpected cramp could be the start of another rollercoaster towards sadness. And talk about it – celebrate the happiness but acknowledge the loss.

We need to keep talking, so less women have to feel so alone.