From Gaga to Cardi: Designer Christian Cowan on his greatest celebrity hits

Lil Nas X took aim at Nike — and his haters — with his latest single.

The 22-year-old rapper poked fun at his trademark infringement lawsuit with Nike over his “Satan Shoes” in a new promotional video for his song “Industry Baby.”

In the video released Monday, Lil Nas X sits in a courtroom to defend himself over his recent footwear controversy, but instead gets asked whether his mother knows he’s gay.

After the courtroom erupts, the judge “sentences” Lil Nas X to five years behind bars.

The rapper said at the 2021 Emil Wilbekin’s Native Son Awards that coming out was one of the “scariest moments” of his life.

He added in his acceptance speech, “Some people say I am pushing an agenda, and I am. It’s called liberation. There’s no road map when you’re the first to break a barrier, and I hope that one day it’s no longer groundbreaking for queer artists to find mainstream success…. Until that day comes, there’s work to do and I will continue to do my part.” 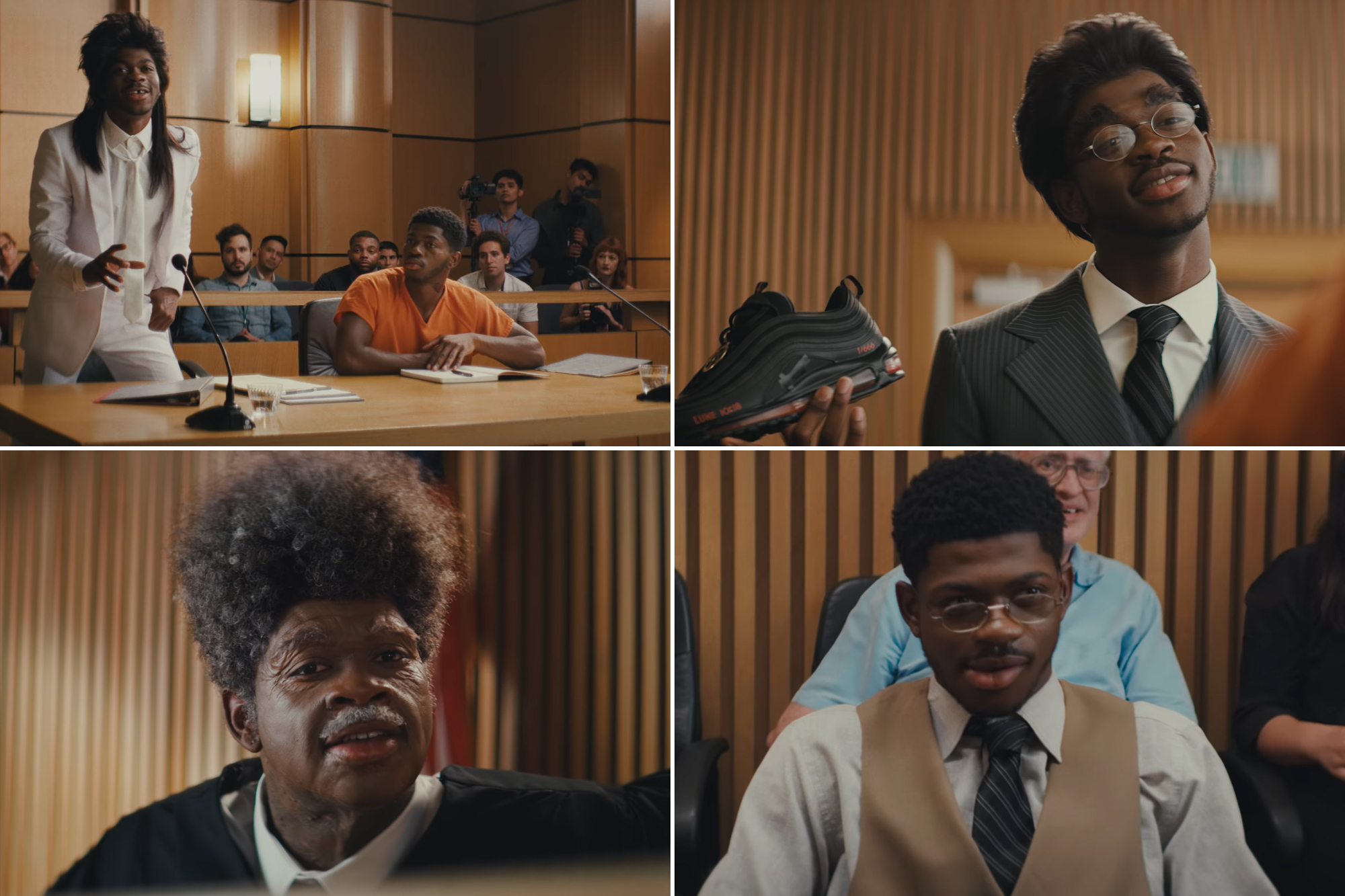 Lil Nas X teased the announcement for “Industry Baby” via TikTok with a video of him dancing and text reading, “when you have court on monday over satan shoes and might go to jail but your label tells you to keep making tiktoks.”

The joke began as a serious business venture between the “Montero (Call Me By Your Name)” singer and Brooklyn-based company MSCHF to promote the release of the single in March as they designed custom Air Max 97s that featured demonic imagery — and a real drop of human blood.

While all 666 pairs sold out in under a minute, Nike wanted all the shoes destroyed and filed a federal lawsuit.

Nike denied being involved with the shoe and Lil Nas X released a sarcastic “apology” video at the time.

“Industry Baby,” which is co-produced by Take A Daytrip and Kanye West, will drop on Friday.