Bryce Fins has something to say.

In an exclusive interview with Page Six, the “Love Island USA” contestant clears up claims made by ex Courtney Boerner that he showed “disrespect” by disregarding her desires for physical intimacy.

“From what I can remember …  it was one night where we were just very exhausted,” he says, sharing his side of the story.

“We still kissed, we were still passionate and intimate with each other — but it just wasn’t for the duration that we had the nights prior.”

Their abbreviated bedtime makeout session, Fins believes, planted a “little seed of doubt” in Boerner’s mind about their potential as a couple.

Prior to that, the pair were hot and heavy. The brunette beauty’s head turned rather quickly for Fins upon his late arrival to the villa, ultimately dumping then-partner Felipe Gomes for the hot new bombshell. 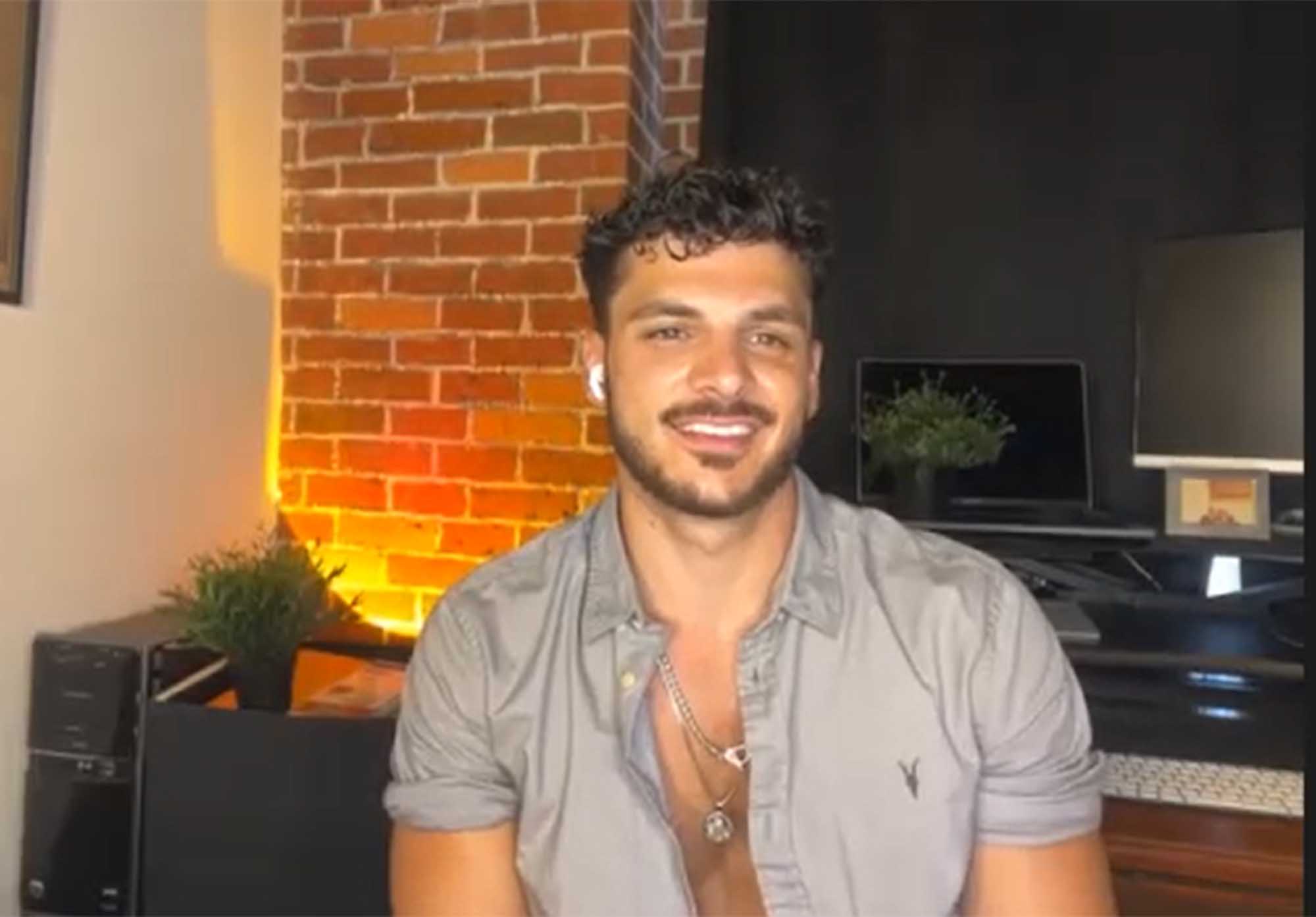 Fins and Boerner’s physical chemistry was explosive; they frequently catered to her penchant for PDA. More importantly, though, the self-proclaimed “Italian Stallion” and the fashion stylist seemed to connect on an emotional level that wasn’t present in her relationship with Gomes.

“My experience with her, especially starting out and throughout the middle of the time that I was there, was extremely positive. We got voted ‘Most Boring Couple’ because we got along and got each other so well on a physical, on an intellectual and emotional level,” Fins recounts.

“We really just bonded and everything that we shared with each other,” he adds. “I felt really good [with her] obviously.” 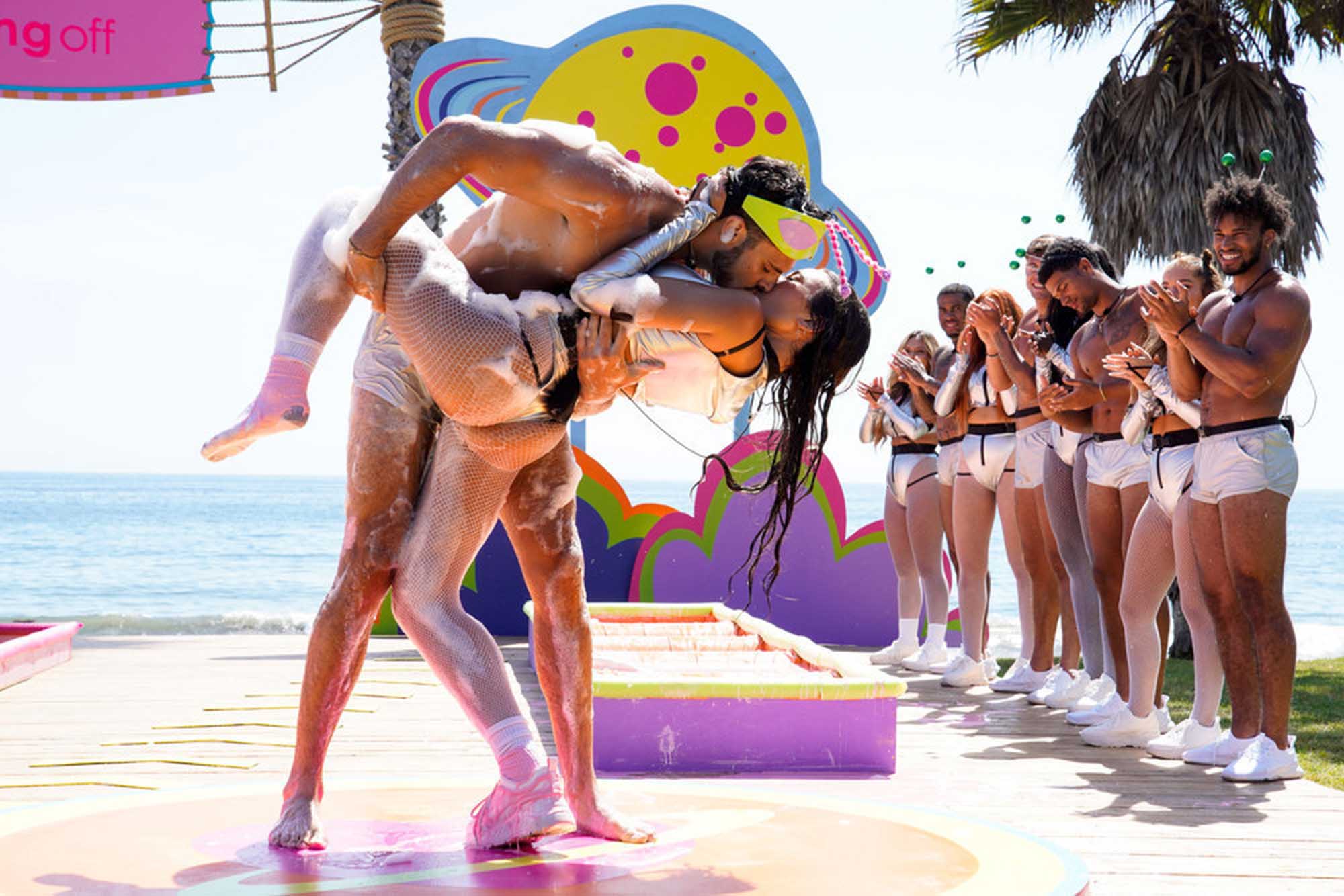 Which is why, Fins tells us, Boerner’s assertion that he “rolled his eyes” at her was a mere misunderstanding.

“When I ‘rolled my eyes’ at her, I was laying in bed and I’m like, ‘Hey, do you want to talk? Because it seems like you have some anxiety or you’re a little stressed. You seem a little bit off.’ And she’s like, ‘No, I don’t want to talk right now,’” he remembers. “She has her hand on my neck, and I didn’t even roll my eyes. I just was like, ‘I know you want to talk about something, I can feel that something’s off.’”

He maintains that the interaction was “playful” and that he doesn’t recall rolling his eyes in “any other instance” during his time in the villa. 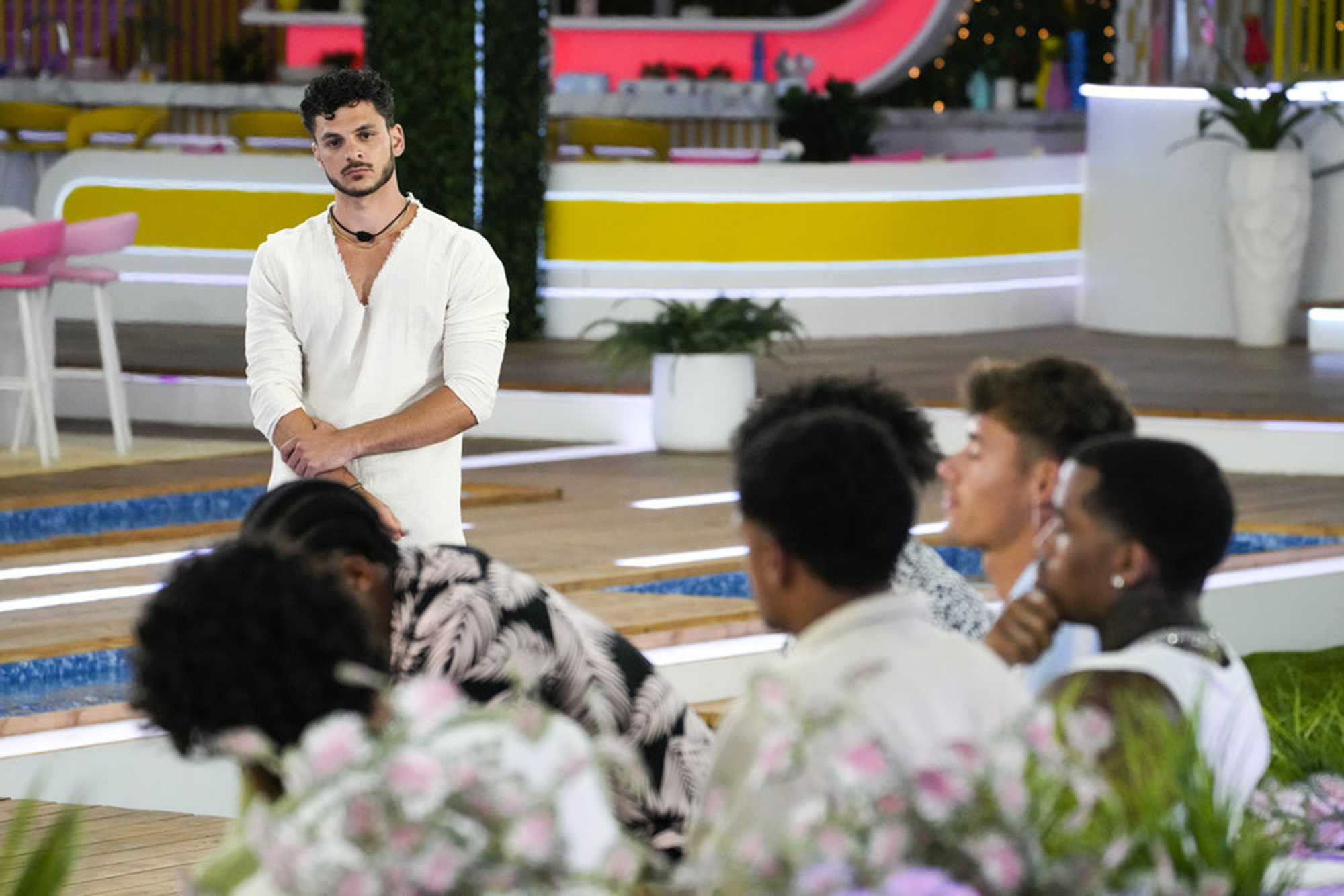 “And I definitely was never disrespectful, in my opinion,” says Fins.

The Los Angeles-based financial manager says he and Boerner, who also lives in LA, engaged in separate conversations about the hiccup in their romance.

“The second conversation was shorter and it was right before the elimination. She said, ‘Obviously, we’ll see. We’re going to take it one day at a time like we always have. But my feelings for you haven’t changed. I don’t see my head turning,’” he says.

“She basically just said, ‘This upset me, this is what I would like to see change.’ And that was primarily being passionate at night and making sure her love languages are addressed, which I totally was there for and respect.” 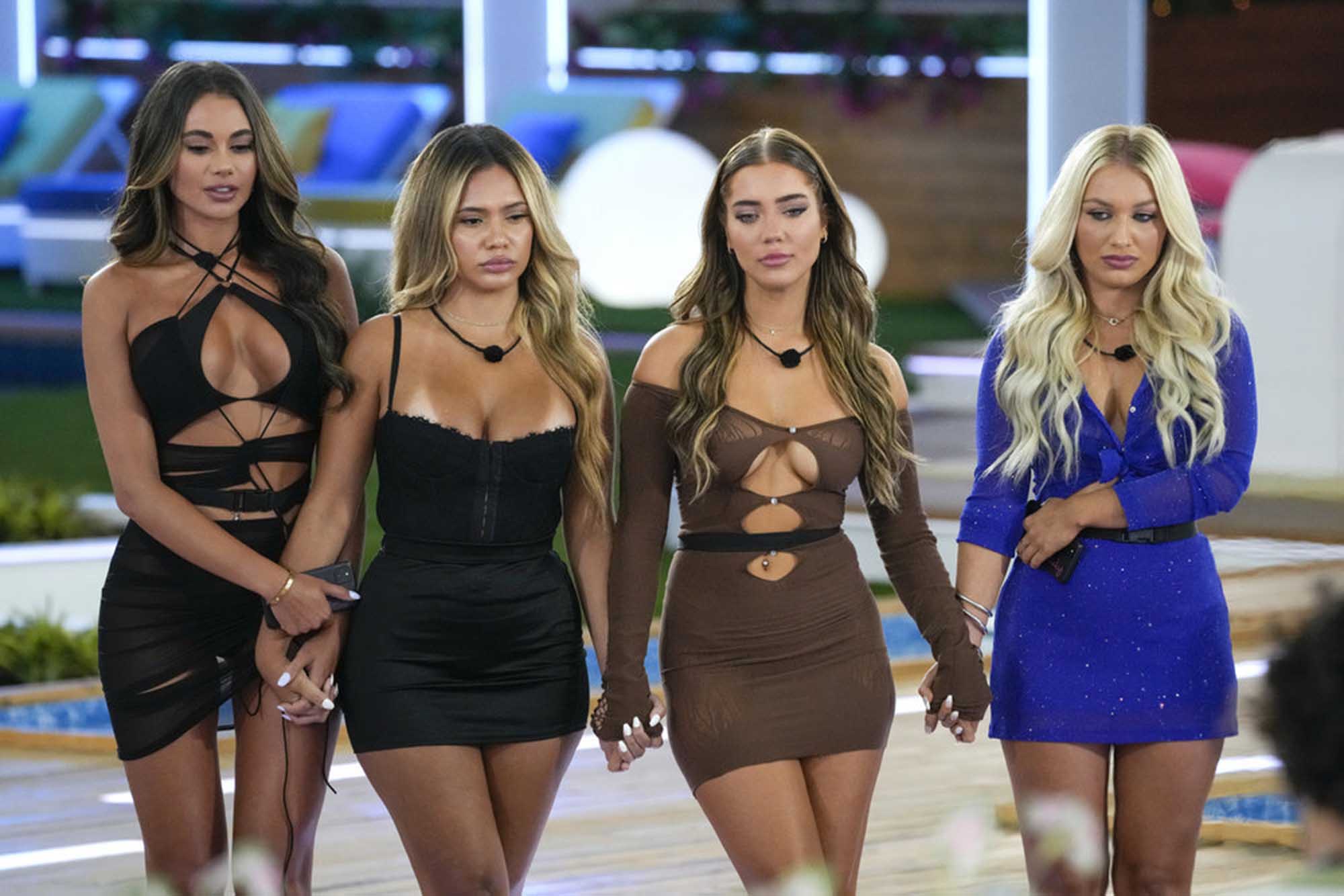 Had he not been voted off the Peacock reality series in a surprise elimination, Fins feels that he and Boerner would have survived the current Casa Amor episodes — and maybe even won the title of “America’s Favorite Couple.”

“I feel like what I had with Courtney was very genuine and not something that happens — easily even in this accelerated experience,” he says. “On my side, I would have been faithful and stayed true to the relationship and made sure I didn’t do anything to jeopardize it too much.”

Fins elaborates, “I think we would have survived it. We would have had more opportunities maybe to talk about our feelings and kind of work through the issue that we had … However, that’s not the way that the cards fell.” 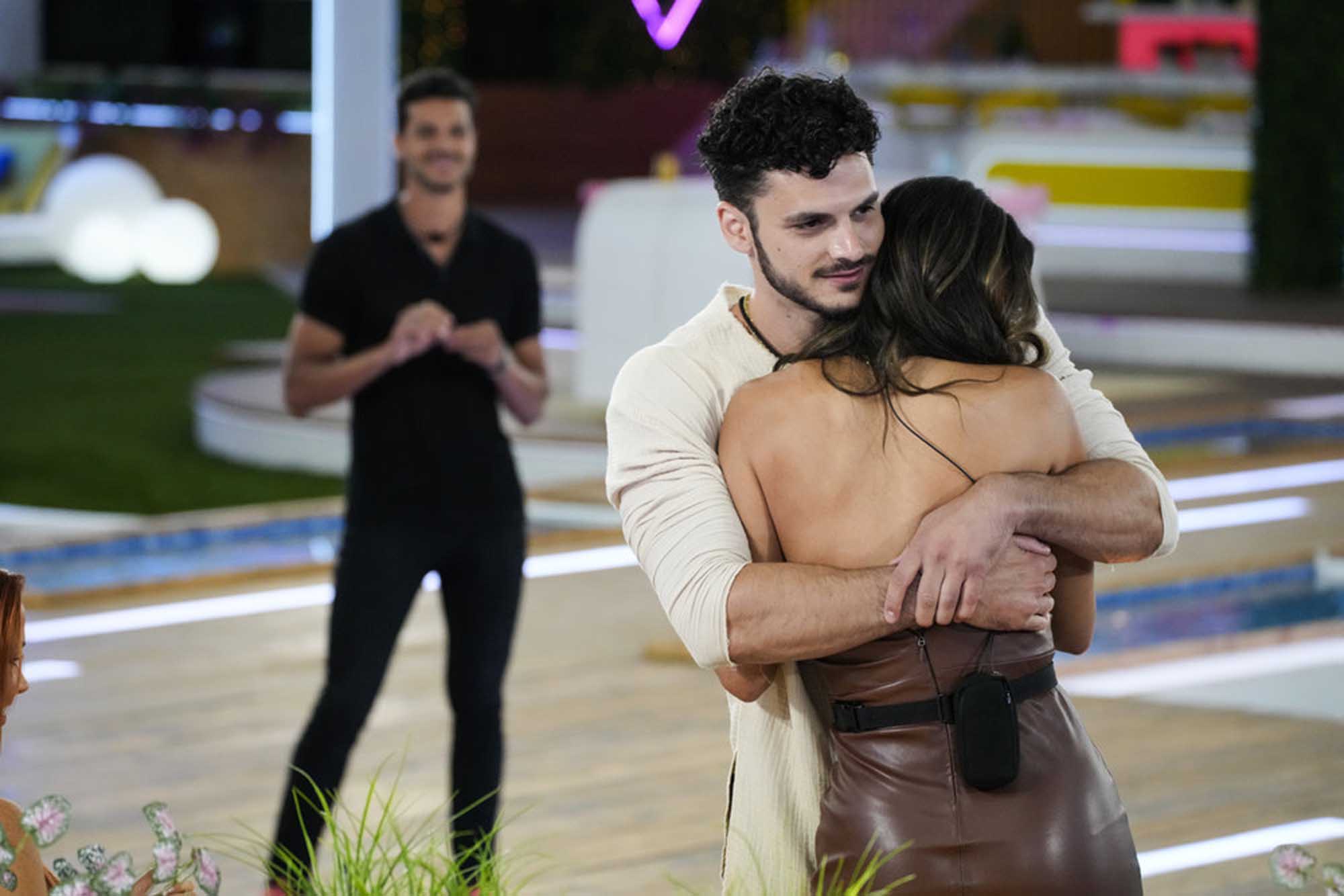 As the castoff watches the rest of the season, he isn’t confident that Boerner will find a connection as strong as theirs. She is currently pursuing Chad Robinson after giving it a go with Jordan Morello.

“I don’t like to compare myself to any more people,” Fins says of the new boys. “But I know that the way that her and I started off, it feels stronger than what I’ve seen thus far with her and anybody else.”