Among all the featured appearances on Machine Gun Kelly’s ‘Mainstream Sellout,’ none were more surprising – and charming – than his BFF, Pete Davidson, and daughter, Casie!

“What’s this wall?” asks  Pete Davidson at the start of “wall of fame (interlude),” a non-musical moment on Machine Gun Kelly‘s new album, mainstream sellout. “We love the wall!” shouts a voice, which turns out to be MGK’s daughter, Casie Baker, according to Genius. “It’s a wall of famous people?” asks Pete, 28. “Yeah!” replies the 12-year-old Casie. “Wow,” remarks Pete. “L.A. sucks.”

“Dad, are you on the wall?” Casie asks her father. “Are you on the wall, Daddy?” adds Pete in a mocking tone. MGK (Colson Baker, 31) admits that he is. “Yeah,” says the rapper-turned rocker. “Ooh, well, that’s cool ’cause I didn’t see that I was on the wall, and I’m a little jealous,” says Pete. “I think the wall’s lame, but I wanna be on it. Does that make sense? Anyway, I hope the next song is a banger. Enjoy Machine Gun Kelly’s album.” 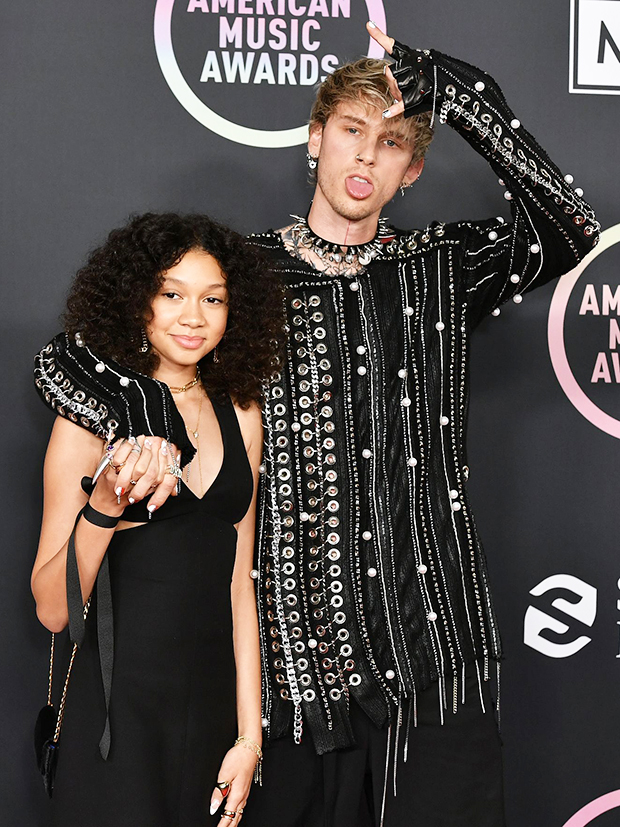 MGK also had an interlude on his last album, Tickets to my Downfall, that also featured Pete Davidson. However, instead of Casie, the third star was MGK’s then-girlfriend (and future fiancée) Megan Fox. The two friends pretend to be aliens who think Earth is lame and head off to Mars. There are some drugs involved, but consider who’s on track, that’s not surprising. 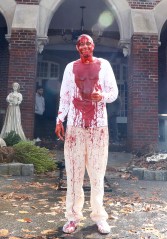 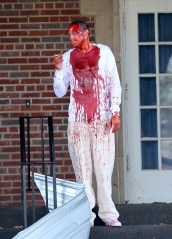 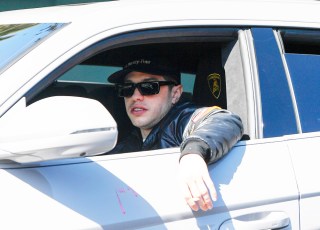 Some might point to the Kardashians as for this Pete/MGK bromance. Travis Barker, who produced and played on Tickets To my Downfall and mainstream sellout, is engaged to Kourtney Kardashian, the older sister of Kim Kardashian. Kim, 41, and Pete, 28, began dating in October 2021, shortly after her appearance on SNL. However, Pete and MGK’s friendship goes back to 2017, when they first met on Wild’ N Out. Years later, they reunited on 2019’s The Dirt, and their friendship really blossomed. 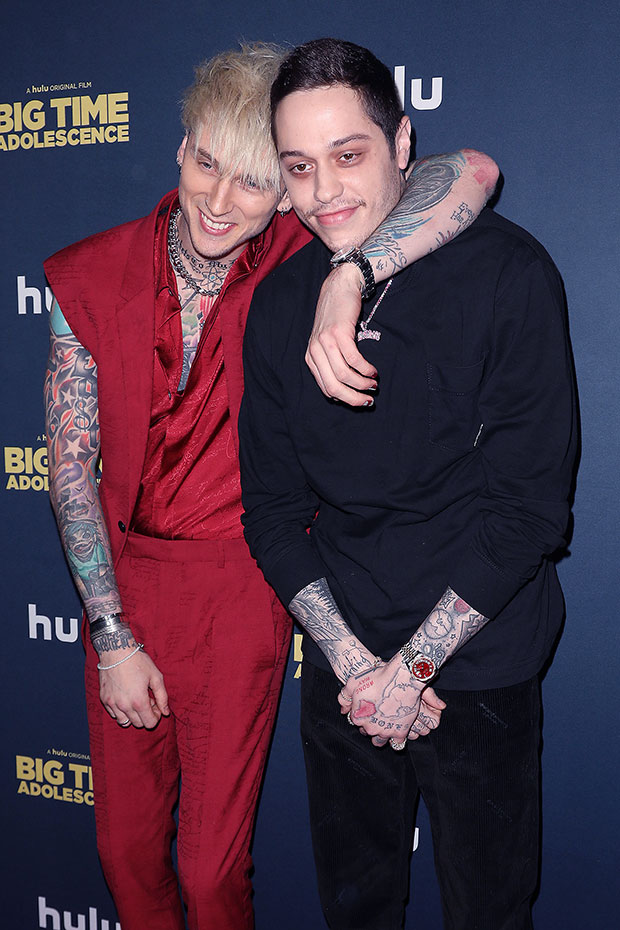 Since then, the two have been seen out in public together, hanging out and being buds. MGK was also there for Pete in 2018 when the comedian was enduring a personal low point. After Pete posted a disturbing message on Instagram following his split with ex-fiancée Ariana Grande (“I don’t really want to be on this earth anymore”), MGK tweeted that he was on his way to save the day. “im in the plane now on the way to see Pete. gonna make sure he’s good, i promise. can’t have my boy in the darkness like that,” he wrote. The two reunited in New York City and embraced outside the Four Seasons hotel.

Oddly enough, MGK was dragged into Pete’s drama with Kanye West. In mid-February 2021, Ye, 44, posted one of his many now-deleted rants. THIS AINT ABOUT [Pete] PEOPLE IT’S ABOUT SELLING YALL A NARRATIVE,” he wrote. “TELL BOB [Chapek, CEO of Disney] AND THE ENTIRE DISNEY STAFF YOU WAISTED YOUR MONEY ON STAR WARS AND MARVEL BECAUSE EVEN THOUGH IT MAKES MONEY YOU WILL NEVER CONTROL THE HIGH SCHOOLS NO ONES EVER HEARD A MACHINE GUN KELLY SONG BOB.”