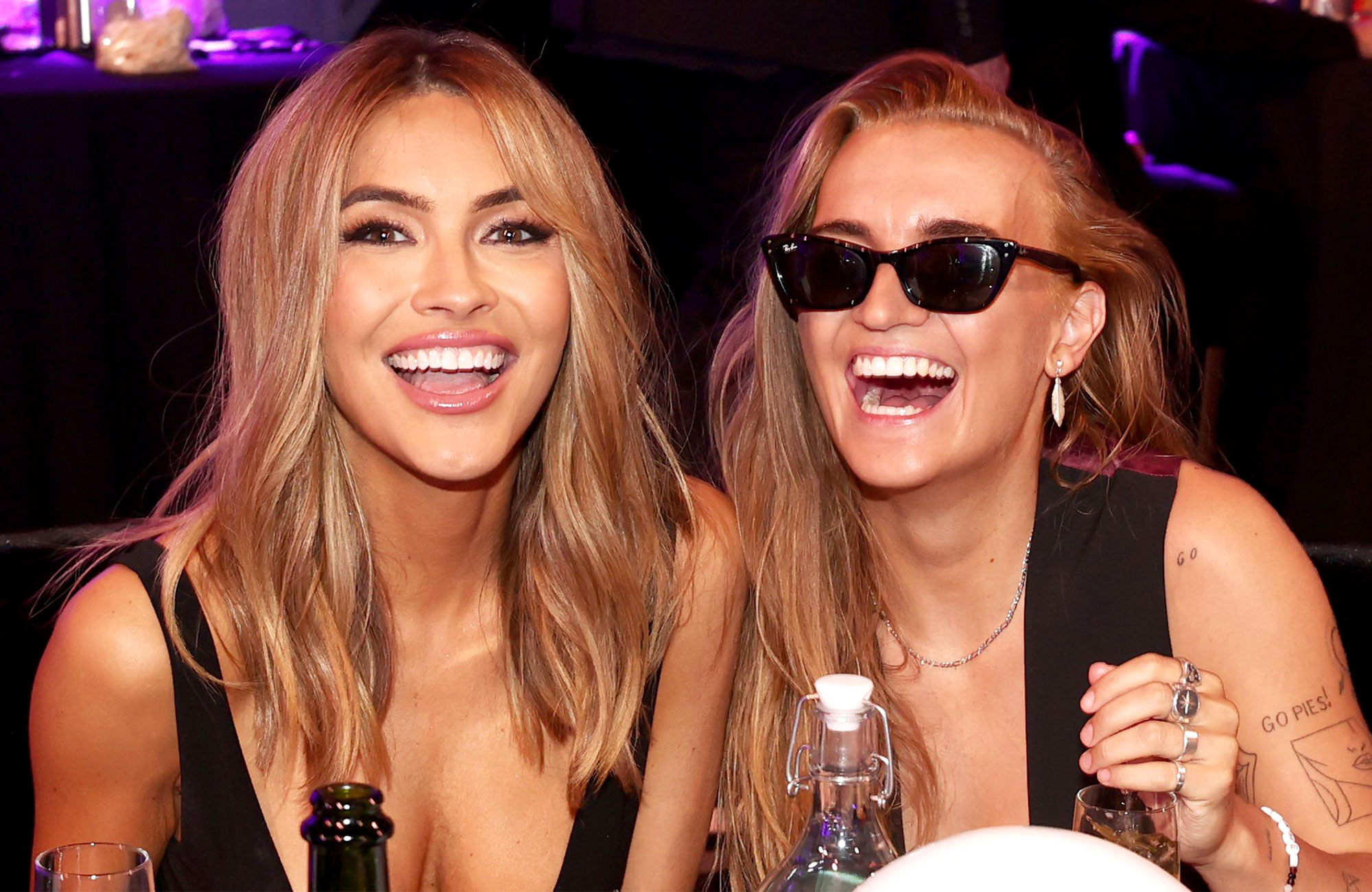 Love conquers all — including geographical distance! Amid Chrishell Stause and G Flip’s whirlwind romance, the musician is confident about their connection.

“Me and my wonderful partner, we make our schedules work and sometimes she comes on the road with me on tour or she’ll come to Australia,” the “Gay 4 Me” performer, 27, exclusively told Us Weekly at Tourism Australia’s Come and Say G’day Campaign Launch Event on Wednesday, October 19. “But we always make it work and definitely [have] a lot of phone calls and FaceTimes [whenever we’re apart].”

“I recently have been spending a lot of time with someone that’s very important to me. Their name is G Flip. They’re nonbinary, so they go by they/them [pronouns],” Stause revealed during the season 5 reunion, which dropped on Netflix in May. “And they are an extremely talented musician.”

‘Selling Sunset’ Cast’s Love Lives: Who the Netflix Stars Are Dating Off Screen

The Under Construction author added: “It started because I was just going to be in their video. And it’s about this chaotic love story. I come from soaps, I love acting. And with the job that we have, I don’t always get to do it. At first of course I was like, ‘Yes, let’s do that.’”

The couple’s romance has since continued to heat up — with the Australia native even relocating to Stause’s home base in California.

“I actually moved to [Los Angeles] in September last year so I’ve been living in LA since then,” G Flip told Us on Wednesday during the event, which was held at 74Wythe in Brooklyn, New York. “But I’ve so far done seven trips back to Australia already in this one year. So I go back quite a lot. It’s like every month or so I’m back there.”

Whenever G Flip does return to their native Oz, it’s a treat to see their family and friends — and hit the beach. “Even just waking up in my own bed back in Australia is just so nice.” they gushed.

While the former soap star and the drummer’s relationship has kept blossoming, they’ve kept their connection to themselves.

“They’ve been more low-key about their romance since there’s been a lot of speculation about their relationship, so they want to keep it more private on social media,” a source previously told Us in August. “[There’s] never a dull moment for them — they’re always finding fun ways to keep the spark alive. … They’re supportive of each other’s careers and put the effort into maintaining a happy relationship. They really balance each other out.”

Despite the Kentucky native and G Flip being happy with their romantic bond, they’ve faced criticism over their age gap.

“Like I said on the show, you don’t get to choose when you come into someone’s life,” Stause defended their relationship via Instagram in May after the Selling Sunset reunion aired. “As much as I wish what I wanted in my last relationship aligned [regarding the] same things, it didn’t. And that’s OK.”

She added at the time: “In this current situation with G, yes, I wish we were in the same stage in our life and wanted the same things, but that doesn’t diminish the deep connection that we have made. … For me, it is about the person. It is about their heart. I am attracted to masculine energy and I don’t really care about what the physical form is.”