MOOved by the music! Man serenades a herd of cattle with a saxophone – and the heartwarming footage of the cows rushing towards him to listen has been viewed 11 MILLION times

A man has captured the hearts of millions after his daughter shared a video of him serenading a group of cows with his saxophone.

Rick Herrmann, 53, from Lafayette, Oregon, can be seen practicing his rendition of Stevie Wonder’s hit ‘Isn’t She Lovely’ in front of a herd of cattle in the viral clip, which has been viewed more than 11 million times since his daughter Erin, 22, posted it on Twitter last Tuesday.

‘My parents are such goofs they drove out to the backroads so my dad could play the cows the songs he’s been learning on the saxophone,’ she explained in her tweet. 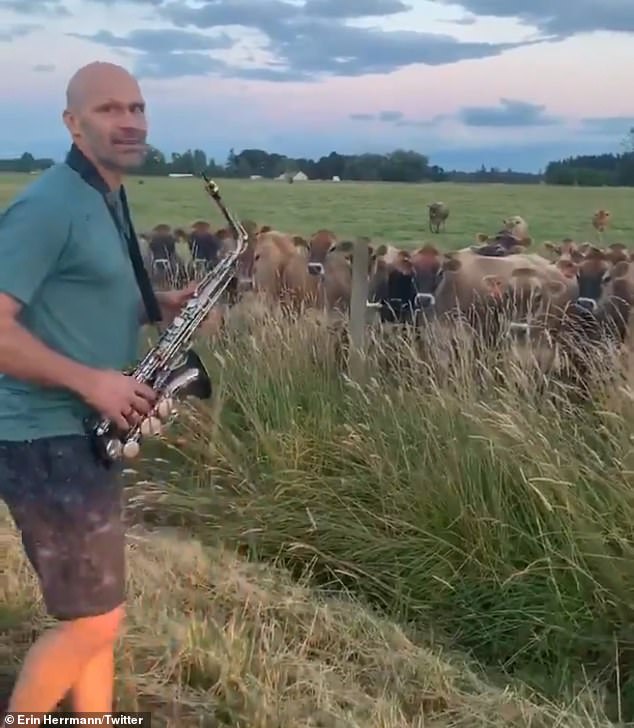 Practice makes perfect! Rick Herrmann, 53, from Lafayette, Oregon, was filmed serenading a group of cows in a field while practicing playing his saxophone

In the clip, Rick jokes that it is his ‘first audition for a live audience’ before he starts playing his sax in front of an open field.

Although he messes up a few parts of the song, his audience doesn’t seem to mind at all. The cows are literally moved by the music and start walking towards him.

‘They’re coming to you,’ someone says in the background.

Rick then switches to George Michael’s ‘Careless Whisper,’ and by the end of the nearly two-minute clip, most of the cows are lined up in front him, enjoying the free concert.

‘I think they like it. I should think of a different song,’ he says.

Erin shared a follow-up clip of her dad performing ‘Tequila’ by The Champs while the cows crowd the fence, advising people to ‘listen for the neighbor’ who screams, ‘Tequila,’ at the end.

In addition to racking up millions of views, the clips inspired many people to take to the comments section to praise Rick for being so ‘pure.’

‘I need this wholesome content in my life,’ one person wrote, while someone else noted: ‘When all the cows came over I lost it.’ 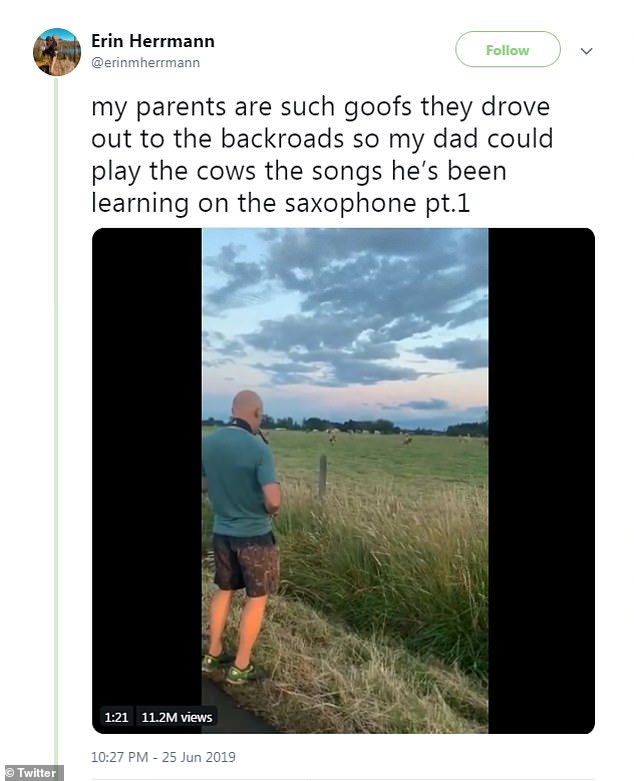 Online star: The viral clip has been viewed more than 11 million times since his daughter Erin, 22, posted it on Twitter last Tuesday, and Twitter users can’t stop praising the dad 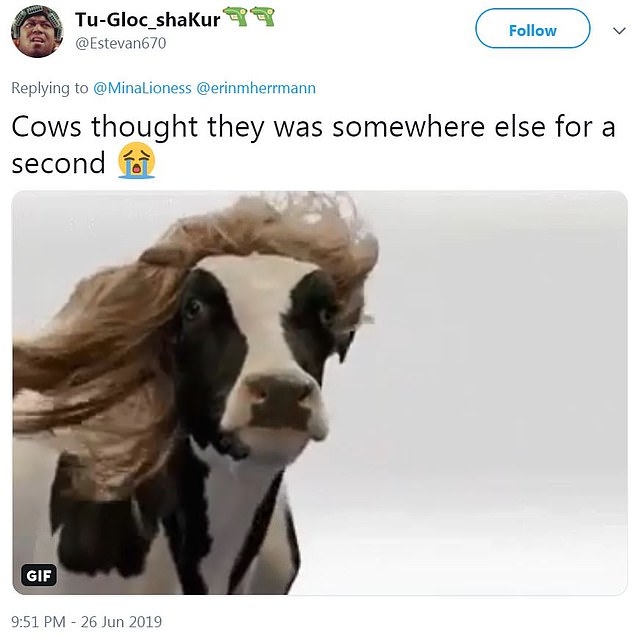 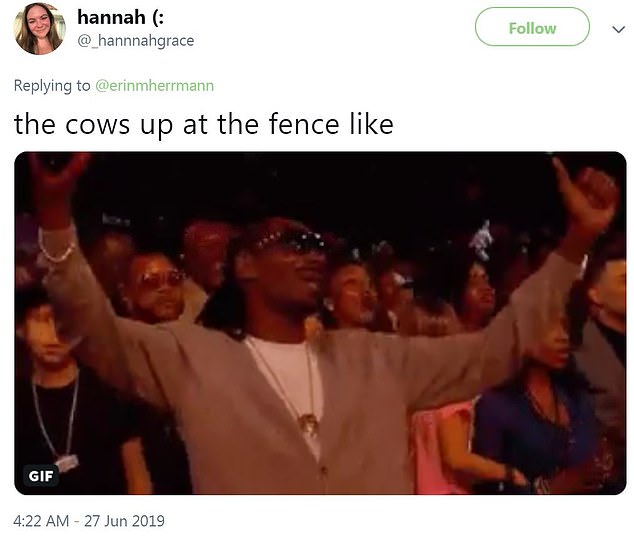 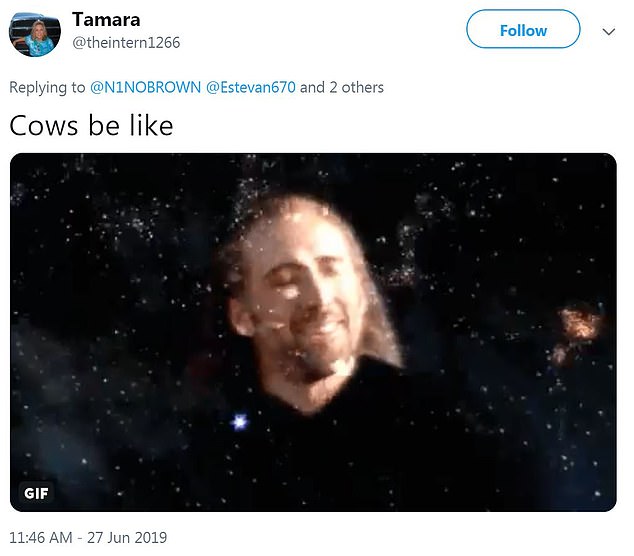 Others couldn’t resist sharing memes poking fun at the cows’ reaction to the music.

‘Cows thought they was somewhere else for a second,’ one Twitter user wrote, posting a GIF of a cow wearing a blonde wig that is blowing in the breeze.

Rick, who works in tech by day and moonlights as a fitness and nutrition coach by night, told Portland-based news station KGW8 that he took up the saxophone about seven months but would only play in front of his family and dog.

After watching a video of people playing music for animals, his wife, Kym, suggested that they should go to a nearby cow field to try out it out. 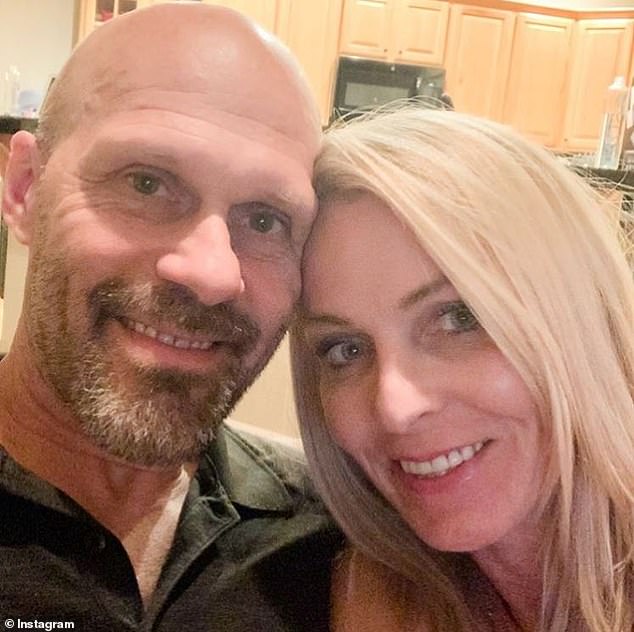 Good idea: Rick has only been playing the saxophone for about seven months and said it was his wife, Kym (pictured), who suggested that he try playing in front of the herd of cattle 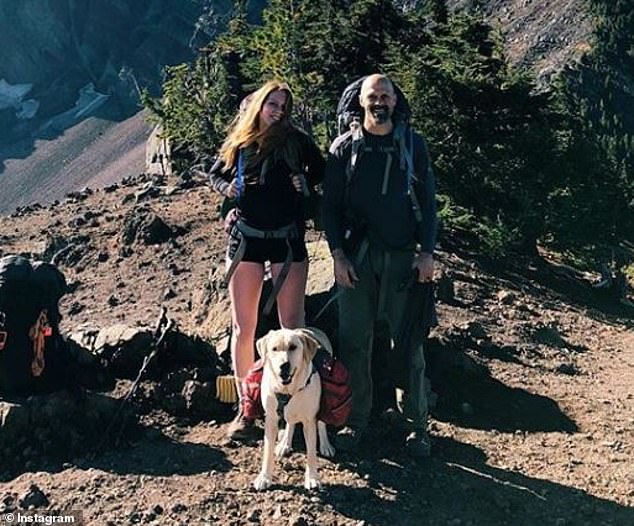 You can’t win ’em all! Erin (pictured with her Rick) admitted that their family dog is not a fan of her dad’s new hobby and has gone as far as chewing up his reeds

‘I thought they might be curious,’ he said. ‘I guess I didn’t expect them to crowd the fence so much.’

The mesmerized cows were apparently more receptive than the Herrmann family dog, who is not a fan of Rick’s new hobby.

‘When he practices saxophone my dog hates it so much, she even chewed up his reeds,’ Erin told The Daily Dot.

‘My dad thought that maybe the cows would appreciate his music even if our dog doesn’t.’