What does Matt Damon think about Bennifer 2.0?

Matt Damon is ‘so happy’ for Ben Affleck and Jennifer Lopez

Matt Damon admitted he only just recently stopped using an offensive anti-LGBTQIA+ slur because his daughter told him it was taboo.

While the “Stillwater” star was talking about “changes in modern masculinity” with The Sunday Times, he explained he retired the “F-slur” because it’s no longer used the same way as when he “was a kid.”

“I made a joke, months ago, and got a treatise from my daughter. She left the table. I said, ‘Come on, that’s a joke! I say it in the movie ‘Stuck on You!’” Damon recalled.

“She went to her room and wrote a very long, beautiful treatise on how that word is dangerous. I said, ‘I retire the f-slur!’ I understood.”

It’s unclear which daughter of Damon’s issued the “treatise.” Damon has three daughters, Isabella, 15, Gia, 12, and Stella, 10, with wife Luciana Barroso. He is also the stepfather to Barroso’s 22-year-old daughter from a previous marriage.

The “Ford v Ferrari” star, 50, faced swift backlash on social media for his comments, with many questioning why he’d even share the story at all.

“I want to know what word Matt Damon has replaced f****t with,” comedian Billy Eichner tweeted. 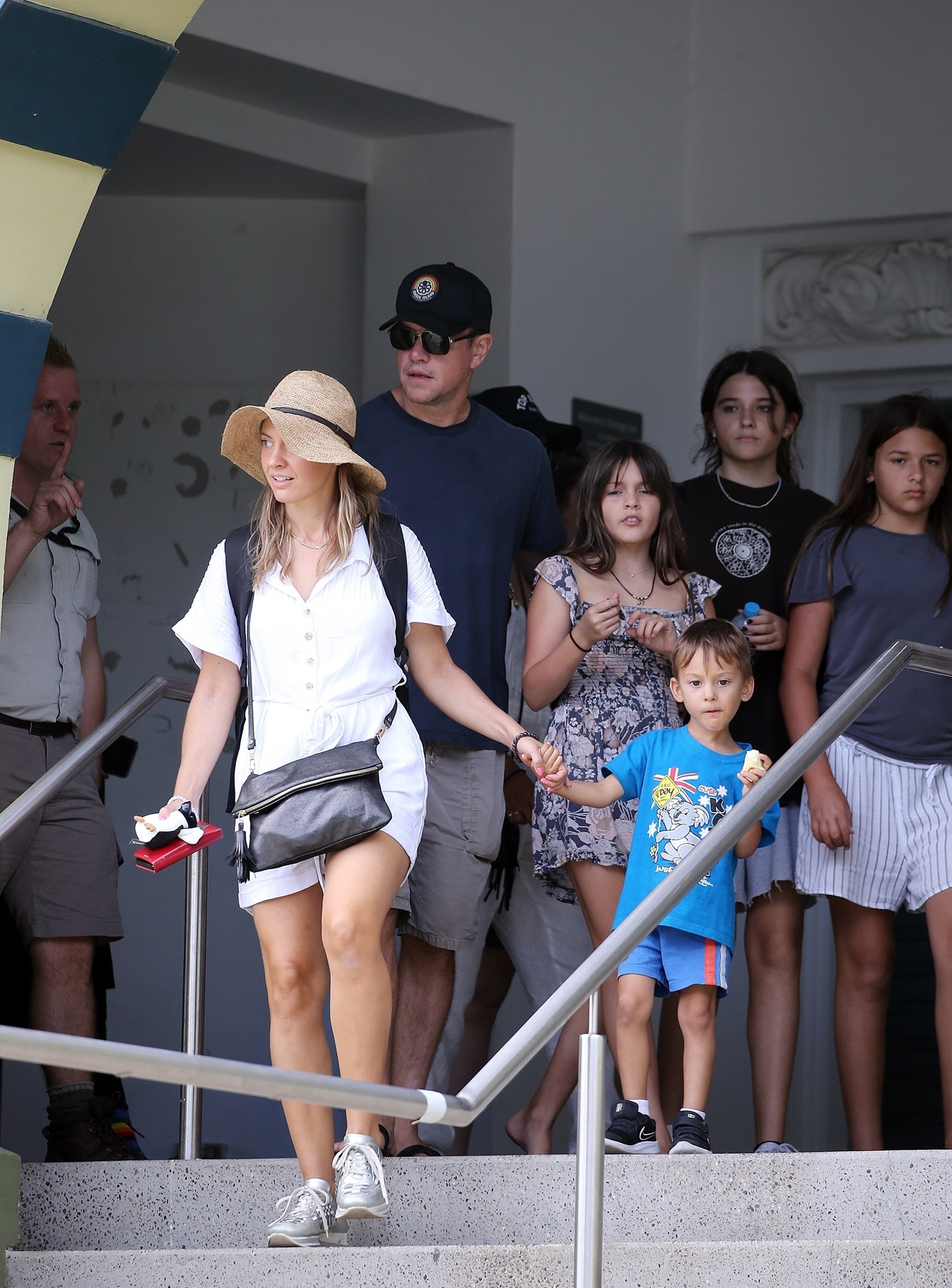 “Remember when the joke was that Ben Affleck was the dumb one and Matt Damon was the smart one?” tweeted another person. “Because one is dating J-Lo and the other is spending the year of our lord Dolly Parton 2021 bragging about how he just stopped saying ‘f-g.’”

Ironically, Damon also acknowledged in the interview that words often get taken out of context, so he’s learned to “hut the f–k up more”.

He just failed to do so this time.