What a difference three years make! Fan’s throwback snap shows Meghan Markle and Anna Wintour looking stony-faced at Wimbledon in 2016 – and VERY chummy at the US Open last weekend

The Duchess of Sussex and Dame Anna Wintour were the picture of warmth when they met in the stands of the US Open over the weekend.

But it was a very different story three years ago, when the two women were seated just a seat apart to watch Serena Williams at Wimbledon in 2016.

A throwback snap shared by royal fan account Harry_Meghan_Updates showed how Meghan, 38, and Dame Anna, 69, sat stony-faced and appeared not to talk while watching their mutual friend in action.

2016: This throwback snap shared by a royal fan account showed how Meghan, 38, and Dame Anna, 69, sat stony-faced and appeared not to talk while watching their mutual friend in action 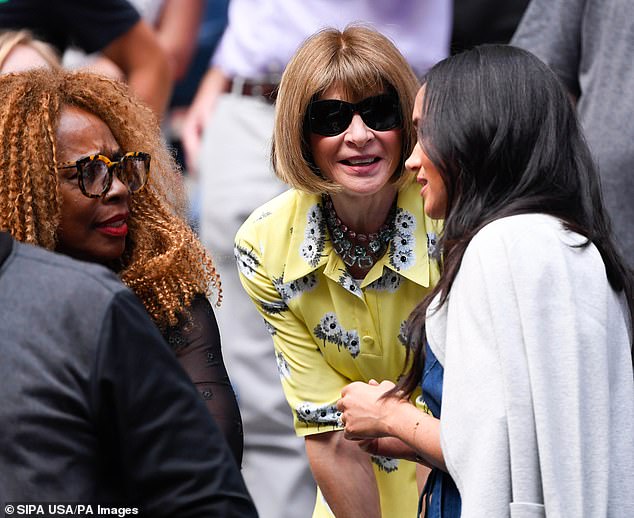 It is widely speculated that Meghan, then an actress in US legal drama Suits, was in the early stages of her relationship with Prince Harry, 34.

Indeed her companion at Wimbledon that year was socialite Violet von Westenholz, daughter of Prince Charles’ friend, former Olympic skier Baron Piers von Westenholz, who is said to have set the actress up with her royal friend, the Duke of Sussex.

The photo, which shows Meghan keeping a low profile in a black dress and sunglasses, was shared alongside one of the women at last weekend’s tournament in New York. 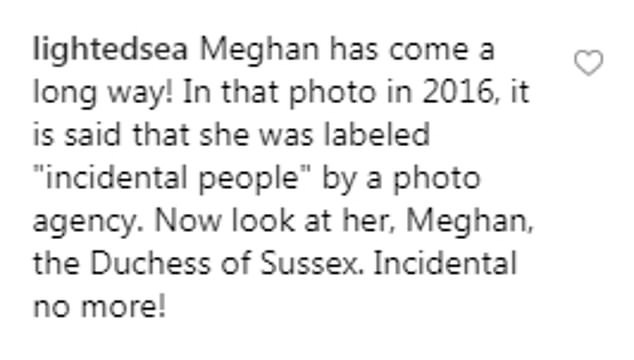 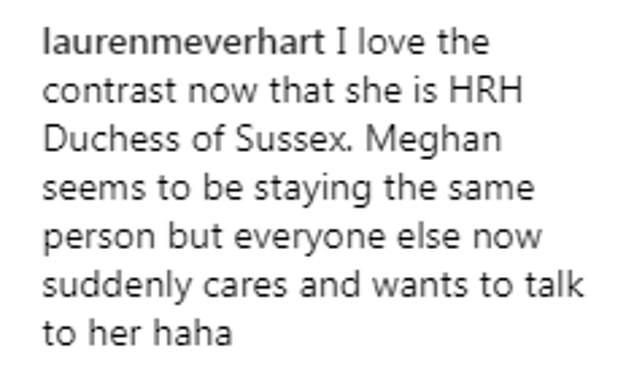 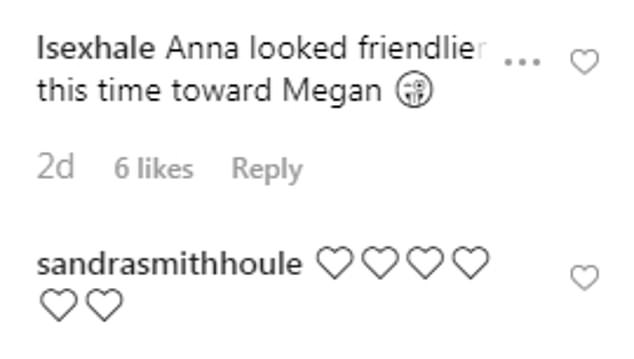 What a difference! The transformation was not lost on followers, who took to the comments section to note how Anna appeared to be decidedly more interested in speaking to Meghan

The appearance of the pair was distinctly different, with photographers capturing Meghan and Dame Anna chatting happily to Serena Williams’ mother, Oracene Price.

The transformation was not lost on followers. One noted: ‘Wow, things changed’.

Another posted: ‘I love the contrast now that she is HRH Duchess of Sussex. Meghan seems to be staying the same person but everyone else now suddenly cares and wants to talk to her haha.’ 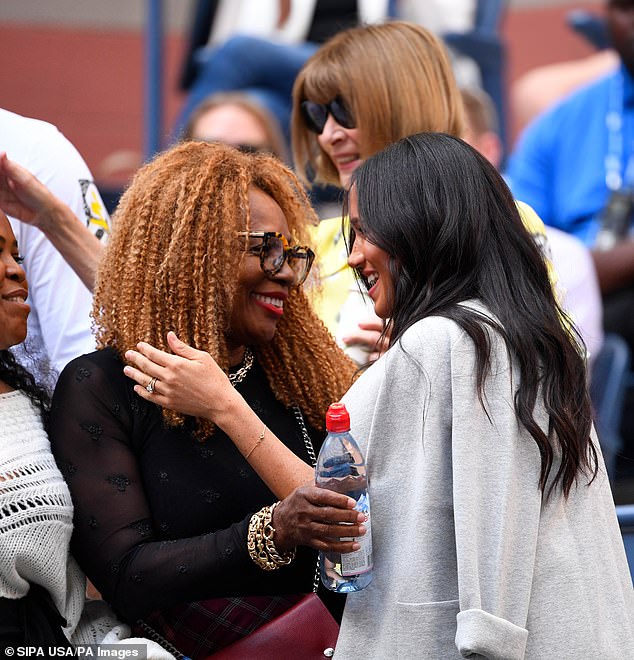 BFF: The Duchess of Sussex flew to New York to support her close friend in the US Open final. Pictured, the royal gave Serena’s mother Oracene Price a warm greeting in the stands

The jaunt to New York marked Meghan’s first solo trip without Prince Harry and baby Archie since their son’s arrival.

She was on hand to show her support for Serena Williams, who was playing against Canadian Bianca Andreescu at the US Tennis Open final.

As well as watching the tennis and surprising close friend Daniel Martin for his birthday, Meghan reportedly took part in a public yoga class while in New York, too. 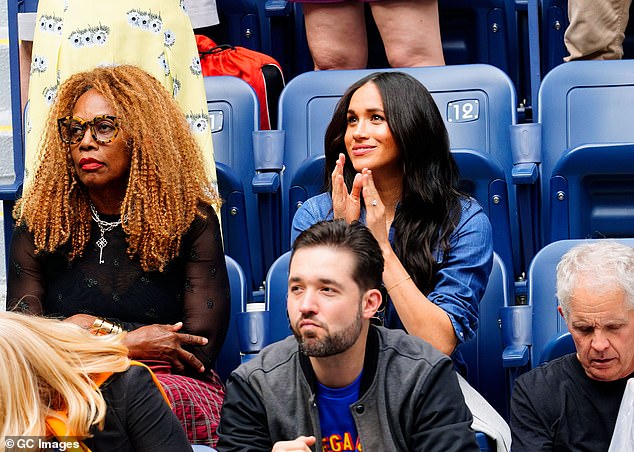 No. 1 fans! The Duchess appeared fixed on the action as she joined Serena’s mother, left, and husband Alexis Ohanian, in front, in the stands of the US Open