If communication is the key to a successful marriage then spare a thought for these wives whose husbands are keeping secrets from them.

Men from around the world took to anonymous confession-sharing app Whisper to reveal the hidden desires and deeply personal thoughts their wives know nothing about.

As might be expected, several men are having affairs their spouses know nothing about. One said his female best friend is actually his ‘mistress’, while another is having sex with her best friend. Several are bi-curious and have slept with men – but have not shared the news with their wives.

Another man told how he works as a ‘cam boy’ to make extra money to pay the bills. On a similar note, one man had a former career as an X-rated film director.

Finally, one man revealed he is planning on divorcing his wife but she has no idea – and admits she will be ‘heartbroken’ when she finds out… Men from around the world took to anonymous confession-sharing app Whisper to reveal the hidden desires and deeply personal thoughts their wives know nothing about. This man from New York has a secret side-hustle as an X-rated cam boy – but his wife has no idea 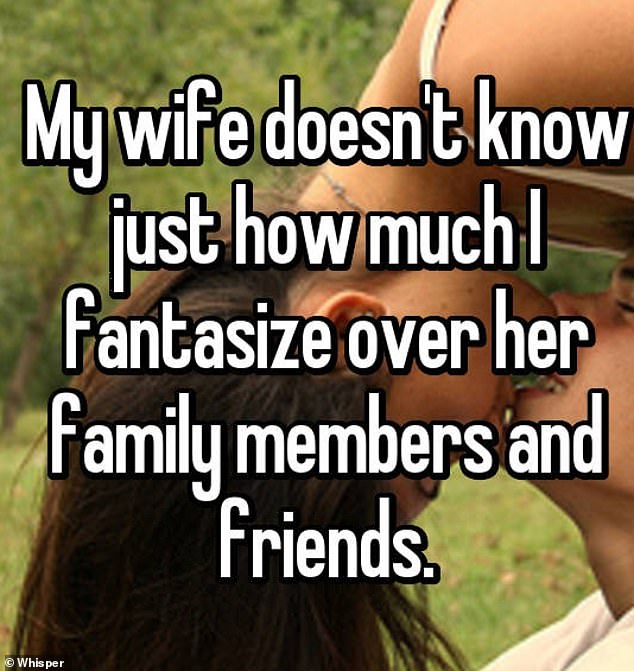 Thank goodness she’s not a mind-reader: This husband fantasises about her loved ones 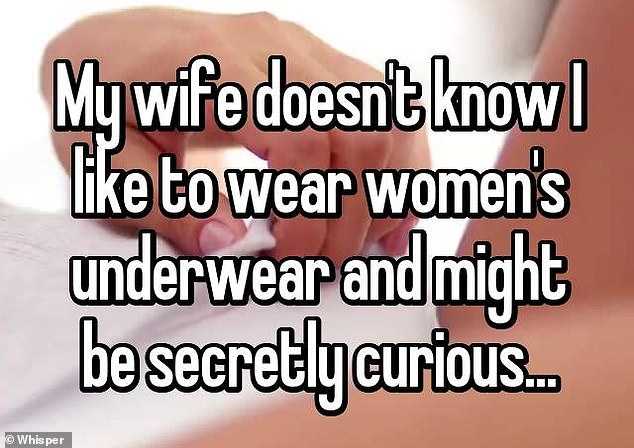 Going behind her back: One husband from Wan, Virginia, is having a full-blown affair 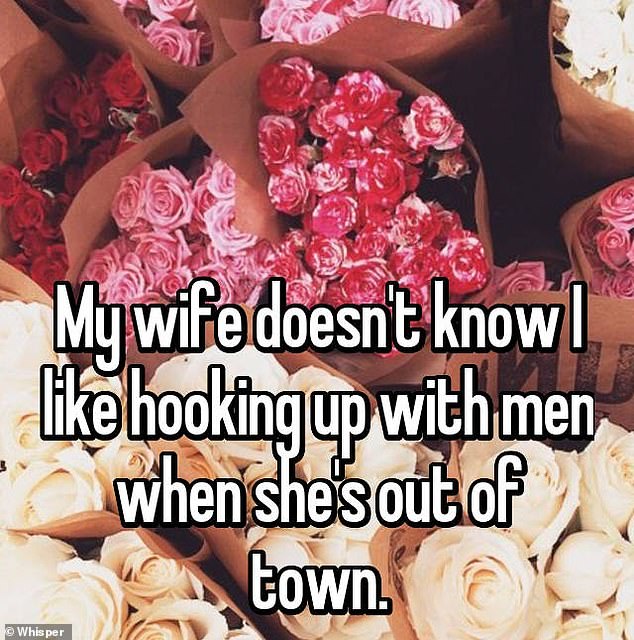 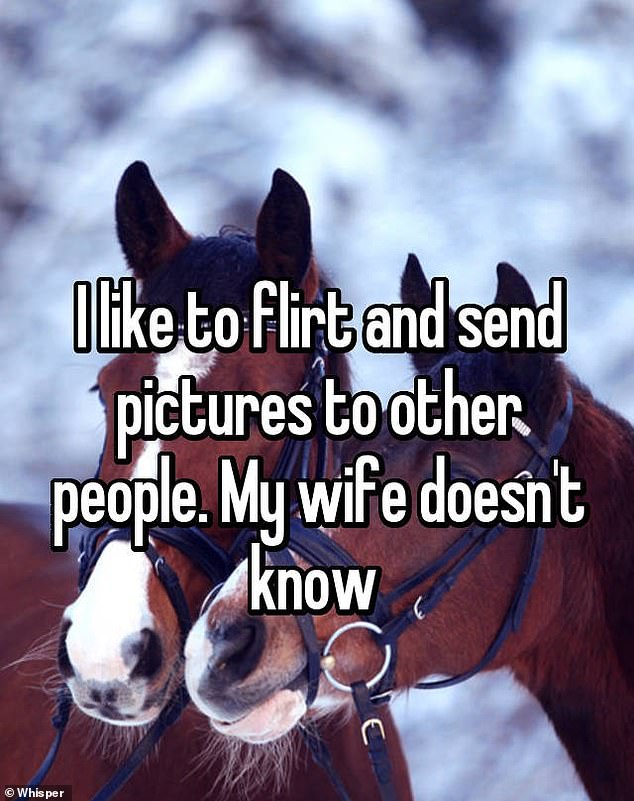 Secret sexter: This man gets his kicks by messaging women behind his wife’s back 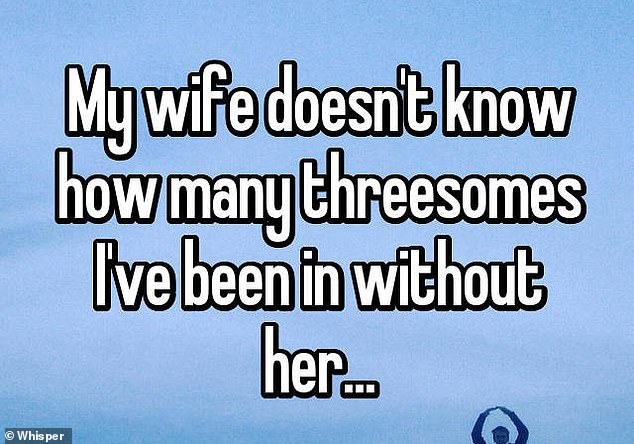 So much for ‘the more, the merrier’! This man from Sandy, Utah, prefers to go it alone 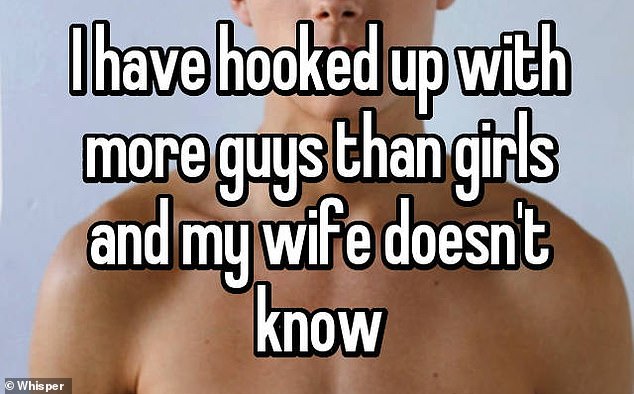 Keeping things to himself: This husband from Columbia, South Carolina, isn’t willing to share X-rated history: What would this wife from St. Louis, Missouri, say if she ever found out Struggling with his sexuality: Things are staying hidden for this man in Phoenix, Arizona 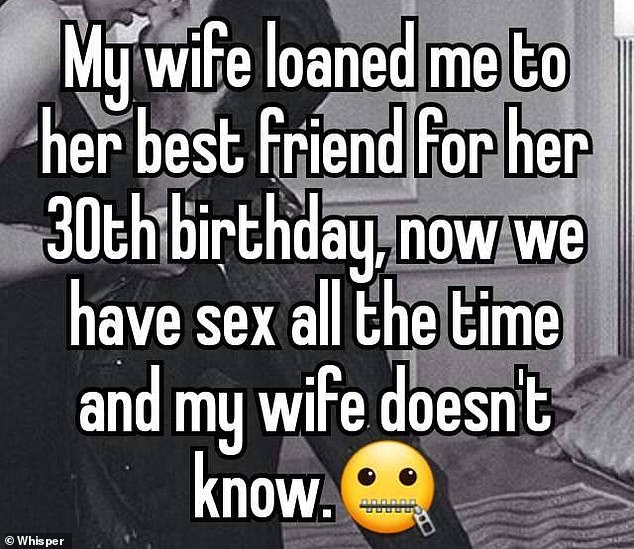 More than just friends: This wife from Silver Bluff, North Carolina, is being deceived Secret despair: A husband from Rodentown, Alabama, shares the anguish he keeps hidden If only she knew: This woman doesn’t know that she is wearing other women’s underwear 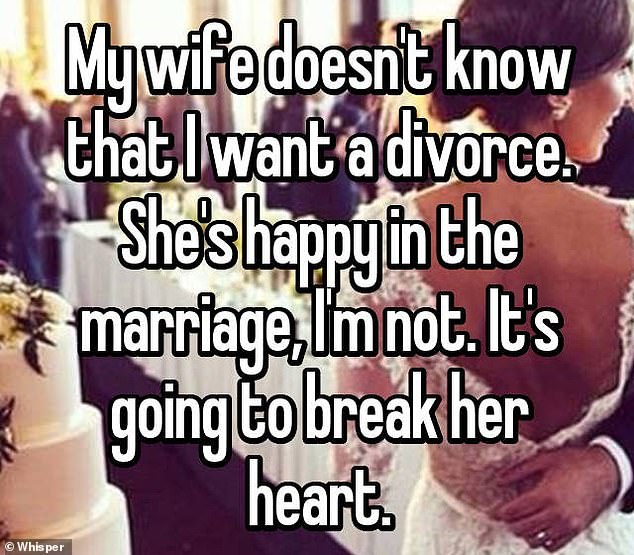 On the road to heartbreak: This man from Wixom, Michigan, is preparing to divorce his wife