The party the night before the Giants retired Strahan’s number, 92, during a game against the Eagles was hosted by Strahan and Constance Schwartz-Morini’s SMAC Entertainment with Don Julio tequila and Men’s Wearhouse.

We’re told DJ Skribble spun tunes at the party and that Strahan wore an outfit from his own clothing line for the jersey retirement.

The Giants retired 50-year-old Strahan’s jersey during a halftime ceremony Sunday. Since hanging up his cleats in 2007 after winning the Super Bowl against the New England Patriots, no player has worn the number. 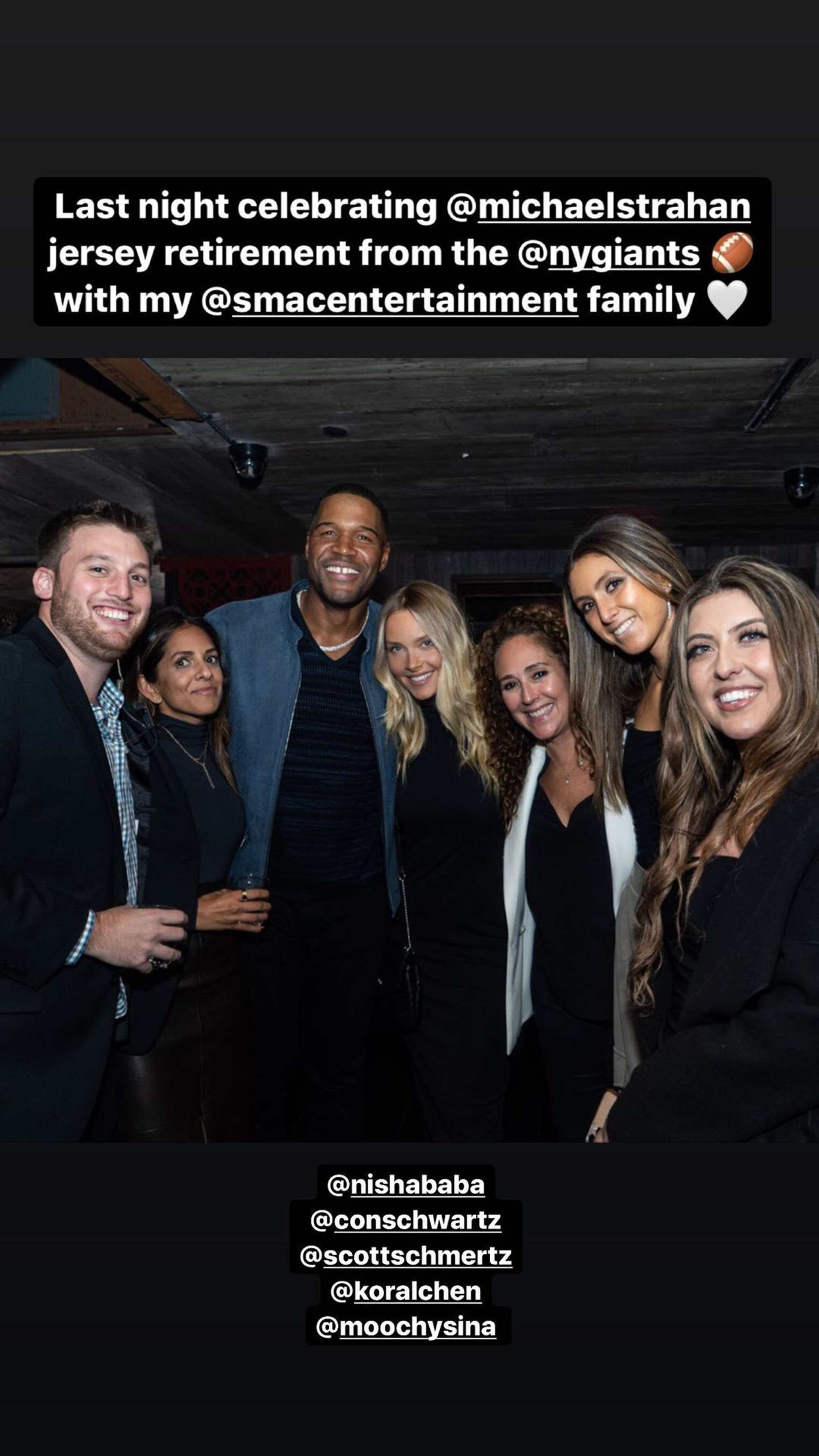 Williams also lauded Strahan’s ability to succeed outside of the NFL.

“He’s obviously a legend on and off the field, and I think that’s what makes him such a guy is what he’s done off the field, as well,” he added. “This past offseason I was in Denver actually for a financial-seminar thing where I’m trying to figure out what to do outside of football, what to do with your money and he was one of the speakers that was there — on his private jet FaceTiming us.

“It was a little bit of motivation for everybody, you know? Like, we want to be on a private jet FaceTiming one day, so what can we do after football?” Williams continued. “I think that’s what people love about Michael Strahan, he’s such a good people person. One of his biggest messages to us was just be yourself. Don’t fake it. People are going to know if you’re faking and just be yourself.”

The Post also reported that Strahan had expected the retirement of his number to have come sooner from the team.