Parents with more than one child in childcare will be big winners in next week’s federal budget, with a $1.7 billion package designed to slash out of pocket costs and get more people back into full time work.

The government will increase childcare subsidies and remove the subsidy cap for high income earners. The measures are designed to encourage more parents to return to working either four or five days a week and spur Australia’s economic recovery from COVID-19. 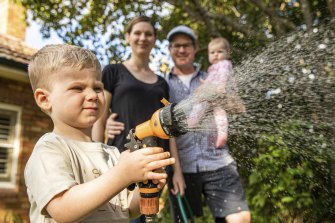 Elisha and Leo James with their children Thomas and Natalie at their West Ryde homeCredit:Cole Bennett

“These changes strengthen our economy and at the same time provide greater choice to parents who want to work an extra day or two a week,” Treasurer Josh Frydenberg said.

The new measures – which do not go as far as Labor’s promise of universal childcare – particularly target low and middle incomes families earning $130,000 or less per year and increase the subsidies given to families with more than one child in childcare.

The childcare changes are part of billions of dollars in new budget spending aimed at ensuring women’s economic security and personal safety. Last year’s budget was heavily criticised for not doing enough for women.

The government hopes the new spending will provide a reset after the public backlash over its handling of issues related to women.

Next week’s budget will increase the childcare subsidy for families with two or more children aged five and under by up to 30 percentage points to a maximum 95 per cent – up from the current maximum of 85 per cent. 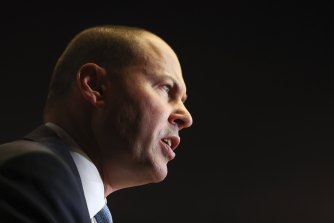 This measure is expected to save about 250,000 Australian families an average of $2,260 per year.

Half of all families with two children or more in childcare will receive a subsidy of up to 95 per cent for their second and subsequent children.

However, the benefits for families with one child will be significantly lower – unless they earn more than $189,390 per year.

‘I don’t know how families do it’

Even with the childcare rebate, Elisha James is paying about $150 a day for her two children to attend daycare.

Ms James, who is a registered nurse at a dental practice, said she had to think about leaving her job because of the added cost when she and her partner had their second child six months ago.

“I thought about staying home when my daughter came along but we just managed to scrape together enough to make it work,” she said.

“We’re both on reasonable salaries, I don’t know how families on less money do it.

“Ms James qualifies for a 60 per cent rebate on her childcare fees but said a lack of regulation has meant childcare fees remain prohibitive for many families.

“If [the rebate] goes up, daycare centres just raise their rates, there’s no regulation on fees. It just becomes prohibitive and prevents people from going back to work,” she said.

She said having the flexibility to work two half-days has also meant she only has to enrol her children for three days, a perk that workplaces aren’t required to offer parents returning to work.

Even with the benefits of the rebate and work flexibility, Ms James said her family has to budget strictly for groceries and her children miss out on things like trips away and better quality clothing.

However, she said the benefits of daycare highlight how important it is for everyone to have access.

“I can see my kids’ social ability, their outgoingness, their exposure to structure and play … I think it’s worth sending them to daycare for that alone,” she said.

“That’s why I think it’s really important that it’s accessible for everybody as well.”

The annual cap of $10,560 in subsidies paid for families earning a combined income for more than $189,390 – who currently receive a rebate of about 50 per cent – will also be removed for all families.

This change will benefit about 18,000 families and is designed to remove the barrier to a return to full time work for families who face a ‘childcare cliff’ in March or April each year, when they reach the cap, their subsidy runs out and they have to pay 100 per cent of their fees. 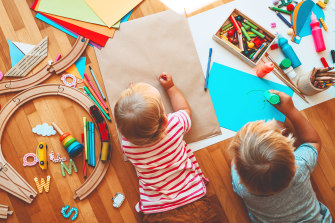 Major reform of childcare will deliver multiple benefits for the economy and the community.

The government expects the changes will encourage about 40,000 people to work an extra day per week also contributing additional tax revenue to Commonwealth coffers.

Mr Frydenberg said the investment built on the $10.3 billion the government was already spending on childcare.

“This is a targeted and proportionate investment that simultaneously makes childcare more affordable, increases workforce participation and boosts the Australian economy by up to $1.5 billion per year.”

Mr Frydenberg last week said the government wanted to drive the unemployment rate below five per cent as part of the economic recovery from COVID-19 and this measure – along with others designed to boost workforce participation – will be central to the looming federal budget.

Education Minister Alan Tudge said the measures would “help remove the barriers for parents, particularly mothers, to return to the workforce or to increase their hours as their family grows”.

Business Council of Australia chief executive Jennifer Westacott said the package was a ”welcome step towards fixing some of the financial cliffs and disincentives that stopped women working to their full potential”.

“Today’s announcement will make a huge difference to many of the 90,000 people across Australia who said they weren’t in the workforce last year because of the high cost of child care,” she said.

Australian Childcare Alliance president Paul Mondo said the package would help fix a major blockage in the system – the annual cap – which acted as a disincentive to both parents returning to work full time.

“We have called for the removal of the annual cap for quite a long time as it has dis-incentivised parents to work a fourth and fifth day,” he said.

However he said the changes would not assist families with one child and that there were “opportunities for further enhancements of the package – to cover every child in every family”.