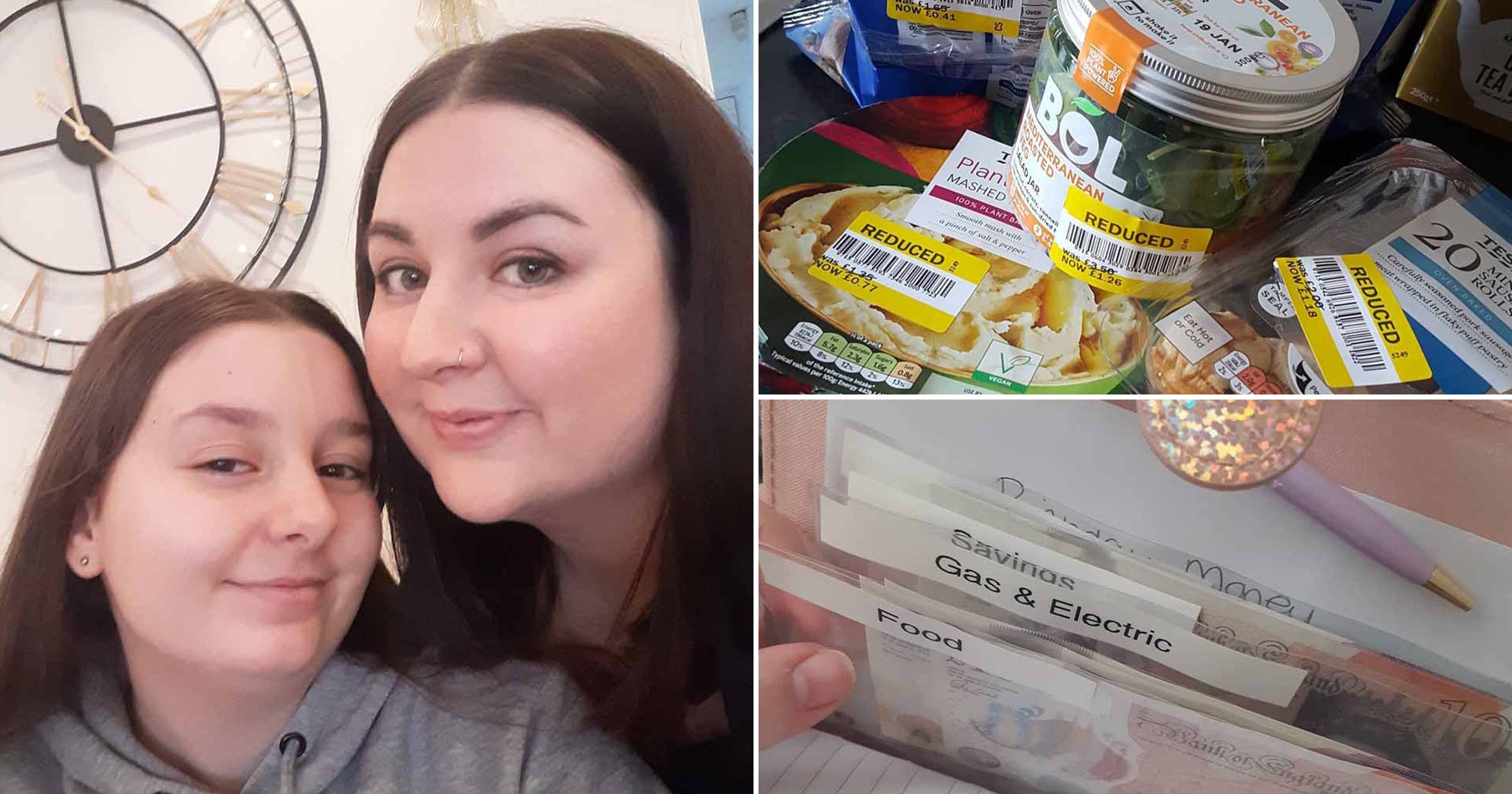 It was 2017 when Jodie Wright, now 31, separated from her then-husband while working a part-time retail job.

Months after moving into a two-bedroom rented house with her now 14-year-old daughter Amelia, Jodie says, her life had begun to ‘unravel’, with bills mounting.

‘Each day I’d just be waiting for these letters to drop and I’d feel like I was drowning,’ said Jodie. ‘I felt stuck.’

Starting again as a single parent when her marriage ended was expensive for Jodie, who had to furnish her new home.

She said: ‘I was doing extra hours at work just to keep on top of things.

‘Beds, washing machines, a fridge, a freezer, wardrobes – I had to buy it all.

‘The only things we had were a cooker and each other.’

Jodie was sleeping on a mattress on the floor so that Amelia could have everything she needed: a single bed, a wardrobe, clothes and food.

Back in 2018, a study commissioned by the Debt Advisory Centre found  that nearly one in five people had stayed in a romantic relationship because financial concerns had prevented them leaving.

Another study, by the investment company Nutmeg, found that the figure was around 20% for women and only 3% for men.

A more recent YouGov poll conducted in May 2021 shows that, sadly, not much has changed, with around a third of all women with a partner saying they were entirely (6%) or somewhat (29%) dependent on their other half.

This figure rose for women in part-time jobs, with more than two in five of those with a partner (43%) saying they rely on them to get by financially.

After Jodie’s hours were cut and benefits halved after she was told she was given too much, things got worse.

She says: ‘I was struggling to pay back everything that I owed. It was a loan, it was credit cards. It felt endless.

‘Out of nowhere, everything was piling on top of me. It just hit me.

‘I couldn’t pay my bills because all my money went into keeping my daughter fed and warm.’

She was providing meals for Amelia, but only eating snacks herself to save on the food bill.

‘As a mum, you need to make sure your child is properly fed,’ Jodie shared.

‘I’d eat a packet of crisps or biscuits and make sure she had a full meal.’

But Jodie’s story is one of hope: In 2018, after she’d battled with the choice of paying her bills or buying food to feed herself and her daughter, she reached out for help from the debt charity StepChange.

‘It took all my courage to call them, as I was so embarrassed by my situation,’ she said.

But it was the right thing and, after a few calls, Jodie was able to start budgeting.

Admitting that the debt management expert she spoke to was ‘baffled’ when she could not answer how much she spent a week on food, she simply says it was whatever she could afford.

‘I’d never looked into it,’ she says. ‘I didn’t know how much I spent on gas or electricity. I just never kept a note. I simply hoped for the best.’

By meal-planning and sticking to a strict budget, Jodie turned her life around and, in just two years, managed to buy herself a car – a £1,000 2008 Nissan Micra – outright and has been able to take Amelia out on day trips.

And four years after she first started budgeting and keeping on top of her finances, Jodie will very soon have paid off the last of her debts.

Her ambition now is to save enough to buy a house – a dream she can see coming true before too long.

So how did she do it?

The mum said: ‘The first thing I started to do was meal plan.

‘I used to buy anything to try and make a meal.

‘But now I was planning the entire meal for the day and only bought the necessary ingredients for the week.

‘With a meal plan, it’s very organised and you can plan your savings for the entire year.

‘I think preparing a budget is absolutely crucial, even if you’re not trying to penny pinch.’

But as well as sticking to a meal plan and budgeting meticulously, Jodie can’t recommend asking for help more.

She says: ‘Being able to plan for the future is a great feeling and I want other people to know that debts are nothing to be ashamed of.

‘As soon as I did, I started doing something about it.

‘Now I’m excited about the future, rather than living in fear.’

If you want more tips and tricks on saving money, as well as chat about cash and alerts on deals and discounts, join our Facebook Group, Money Pot.