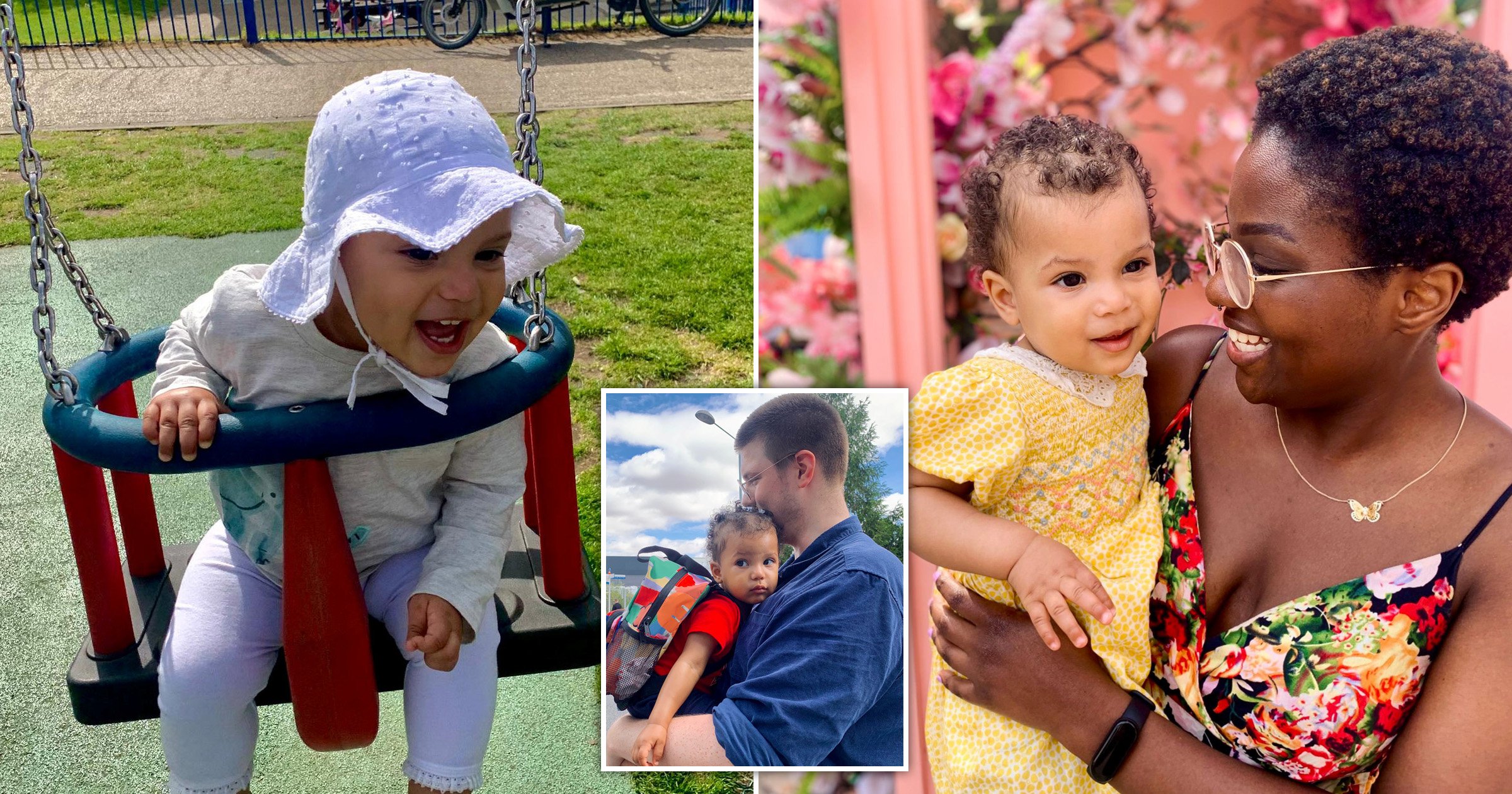 One mum who grew up in a strict household is determined to do things differently with her own child.

Namwila Mulwanda, 23, says she grew up in a ‘strict African household with authoritarian parents’ – and now she uses ‘gentle parenting’.

This technique means rarely saying no or shouting and encouraging her child to ‘express not suppress’ her emotions – even if she’s having a full-blown tantrum.

Namwila feels her upbringing impacted her mental health as there was an ‘expectation of blind obedience’ from her parents and says she’s a ‘self-confessed ex-people pleaser’.

Before having their daughter, Nhyara, 17 months, Namwila and partner, Zephi, 23, decided they wanted to raise their children using a ‘gentle parenting’ style – a philosophy enforcing discipline and boundaries with kindness and respect.

Although it’s not always easy, the parents are already seeing the results they hoped for.

Namwila, a stay-at-home mum, from Colchester, Essex, said: ‘I just want her to have the childhood I didn’t have.

‘We incorporated gentle parenting from the onset, we allow her to express her emotions and want to instill her with confidence.

‘It’s not simply letting your kids do what they want – it’s giving them room to understand the world with mutual respect, empathy and compassion.’

‘Gentle parents’ can still be firm and disciplined – yet there is a difference between discipline and punishment.

‘If you suppress a child’s ability to feel – they could grow up unable to express their emotions in a healthy way.’

She believes it’s better to work through a child’s feelings in a calm, collective manner as raised voices and shouting rarely works.

‘Too much noise causes the brain to shut down, and children don’t hear the words properly,’ Namwila added.

In moments Nhyara is emotional, her mum will remain patient.

In these moments, Namwila will say: ‘Oh, let’s try and calm ourselves down.

‘I can see you’re upset right now, you’re upset because I’ve taken your toy off you’ – she would then explain why she’d taken the toy off her daughter.

She added: ‘The basis of gentle parenting is just talking to your child from a place of respect and understanding and learning not to yell.

‘If you do yell, you can apologise afterwards and show your accountability.’

After her daughter has calmed down, it is then time to deliver a ‘teaching moment’, explaining what the problem is.

Namwila says gentle parenting involves being intentional with your language and says overusing words such as ‘stop’ and ‘no’ loses the desired effect.

‘We only use no and stop if she has done something really unsafe,’ she said.

‘Instead, we form fuller sentences such as “mumma doesn’t like it when you hit” and then explain why.

‘We also encourage her to do things herself and try not to intervene to teach her to be independent and resilient.’

The mum also practices targeted praise, so instead of simply saying ‘good job’ – the parents choose to elaborate their compliments.

‘For example, when she has scribbled something, I will say you really worked hard on that, I like the pattern,’ Namwila said.

The mum has been accused of ‘raising a snowflake’ but her response to that, is she’d rather raise a child instilled with self-confidence and the tools to take on the world.

‘I know I can’t stop bad things happening in the world, but we want her to have the strength within her to take on the world and to share her light with the world,’ Namwila said.

‘You shouldn’t be harsh to your child to prepare them for a harsh world.’