Pushing through. Naomi Osaka gave a press conference for the first time since her May exit from the French Open, but it didn’t go as smoothly as she might have liked.

The tennis star, 23, was participating in a press conference on Monday, August 16, to discuss her appearance at the Western & Southern Open currently taking place in Ohio. According to The New York Times writer Ben Rothenberg, a Cincinnati reporter asked her a “fairly aggressively toned” question about why she has difficulty with post-match interviews.

In a video from the event, Osaka explained her decision to step back after French Open organizers fined her for not participating in press conferences, but it wasn’t clear whether she was responding to that question specifically. 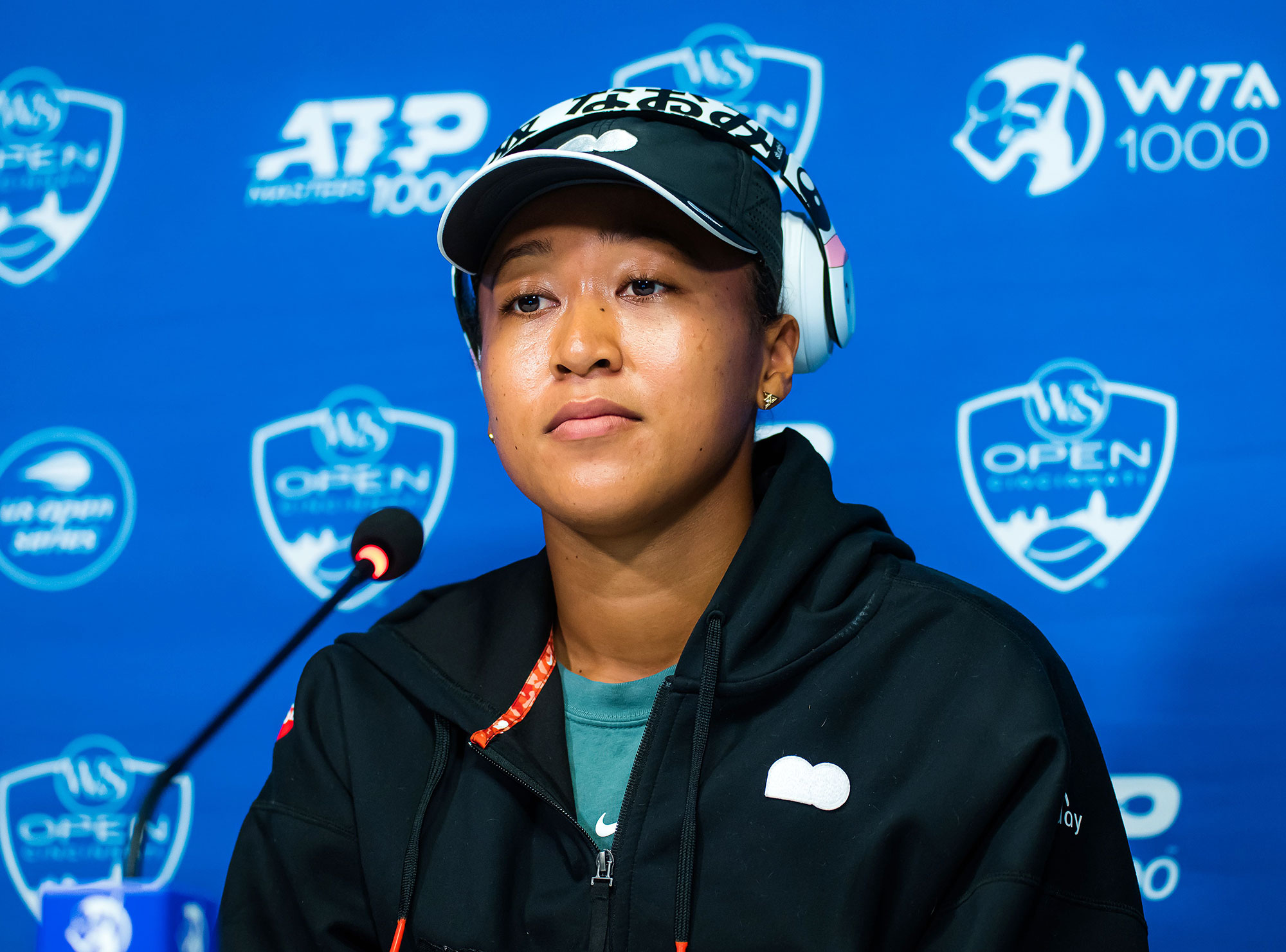 “It was something I needed to do for myself,” the four-time Grand Slam champion said. “More than anything I felt like I holed up in my house for a couple weeks, and I was a little bit embarrassed to go out because I didn’t know if people were looking at me in a different way than they usually did before. But I think the biggest eye-opener was going to the Olympics and having other athletes come up to me and say that they were really glad that I did what I did. So, after all that, I’m proud of what I did and I think that it was something that needed to be done.”

After that answer, though, Osaka began to cry and pulled her cap lower on her head. Another reporter started to ask her a question about her training, but a Women’s Tennis Association moderator stepped in to announce a break in the conference.

According to Rothenberg, the athlete left the room for a bit, then returned to answer one more question in English and several in Japanese.

On May 26, Osaka made headlines when she announced that she would not participate in press conferences at the French Open in order to protect her mental health. Within hours of the announcement, a referee fined her $15,000 and leaders of the four Grand Slam tournaments threatened to expel her from the event if she continued her media boycott.

After winning her first-round match on May 30, she announced that she was taking herself out of contention. “This isn’t a situation I ever imagined or intended when I posted a few days ago,” she explained in a statement posted via Instagram. “I think now the best thing for the tournament, the other players and my well-being is that I withdraw so that everyone can get back to focusing on the tennis going on in Paris. I never wanted to be a distraction and I accept that my timing was not ideal and my message could have been clearer.”

She later withdrew from Wimbledon in June but returned to play in July for the 2020 Olympics. She lost in the third round to Czech player Marketa Vondrousova, who later won the silver medal.