The promise of a better tomorrow is deeply ingrained in Latinx households like the one I grew up in. As the son of Nicaraguan immigrants, my childhood in Miami was enriched with the chaotic sounds of salsa and merengue, the caloric and fattening joy of cafe con leche and bistec empanizado (breaded steak).

But those cultural hallmarks were also marred by immeasurable trauma: Like many first-generation Americans, I witnessed various types of normalized abuse (substance, physical, emotional) while my parents worked hard to make ends meet and build a better life in a country foreign to them. From an early age, I searched for an escape from the realities of growing up poor, a way to protect my mental health before doing so was part of the vernacular. For solace, my family and I turned to television: “A ver que dice Walter (Let’s see what Walter says),” my mom would reason. 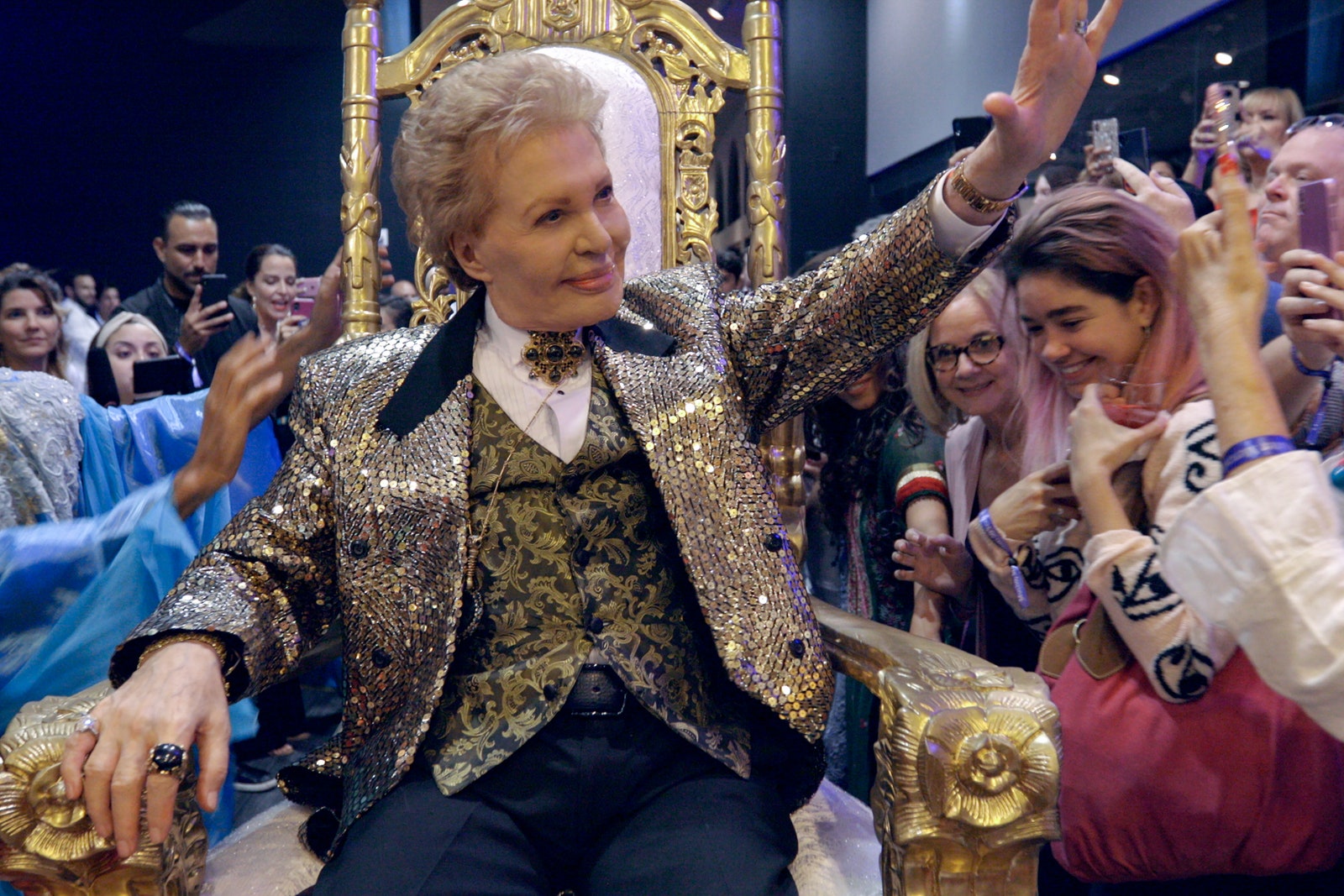 In the ‘90s and early 2000s, my family and I gathered around our small TV to watch Mercado’s nightly segment on Univision’s Primer Impacto (a sensationalized news program), each of us seated in eager anticipation of his prediction for our zodiac sign. My ears would perk up when he’d call my sign, Virgo, never failing to roll the “r” in an exaggerated tone. And my eyes were fixated on his flamboyant style—on his ornate, sparkly capes (hello, Liberace) and the way his outrageous mannerisms mimicked the gestures of a flamenco dancer. No matter your sign, no matter your circumstances, his sermon always followed the same credo: keep on keepin’ on.

The documentary, created by filmmakers Cristina Costantini and Kareem Tabsch, is a love letter to Mercado and his status as a Latinx icon. It features rare, deeply personal interviews with Mercado and his inner circle—his sisters, nieces, and longtime assistant, Willie Acosta—as we learn about his homelife in Puerto Rico and watch him travel to Miami for a retrospective held months before his death in November 2019 (He died of kidney failure at 88).

Mercado newcomers will be mesmerized by his projection of fabulousness—those extravagant capes come courtesy of designer brands like Isaac Mizrahi, Versace, and Swarovski—as well as his quick wit. “Sometimes people say, ‘Walter, you are egocentric or narcissistic.’ No matter how much money it costs, I always say, ‘You have to be radiant. You have to be Walter,” he tells the filmmakers.

However, Mucho Mucho Amor also provides an emotional viewing experience for fans like me who relied on Mercado for a dose of much-needed optimism. Though I didn’t realize it as a child, his unapologetic queerness and sexual ambiguity helped me grow into my own gay identity. He provided visibility and pushed the boundaries of what queer men could look like, illuminating the minds of often-homophobic Latinx audiences long before I considered coming out. While watching, I couldn’t help but tear up and reflect on my youth, on my immigrant family’s own journey toward LGBTQ+ acceptance. 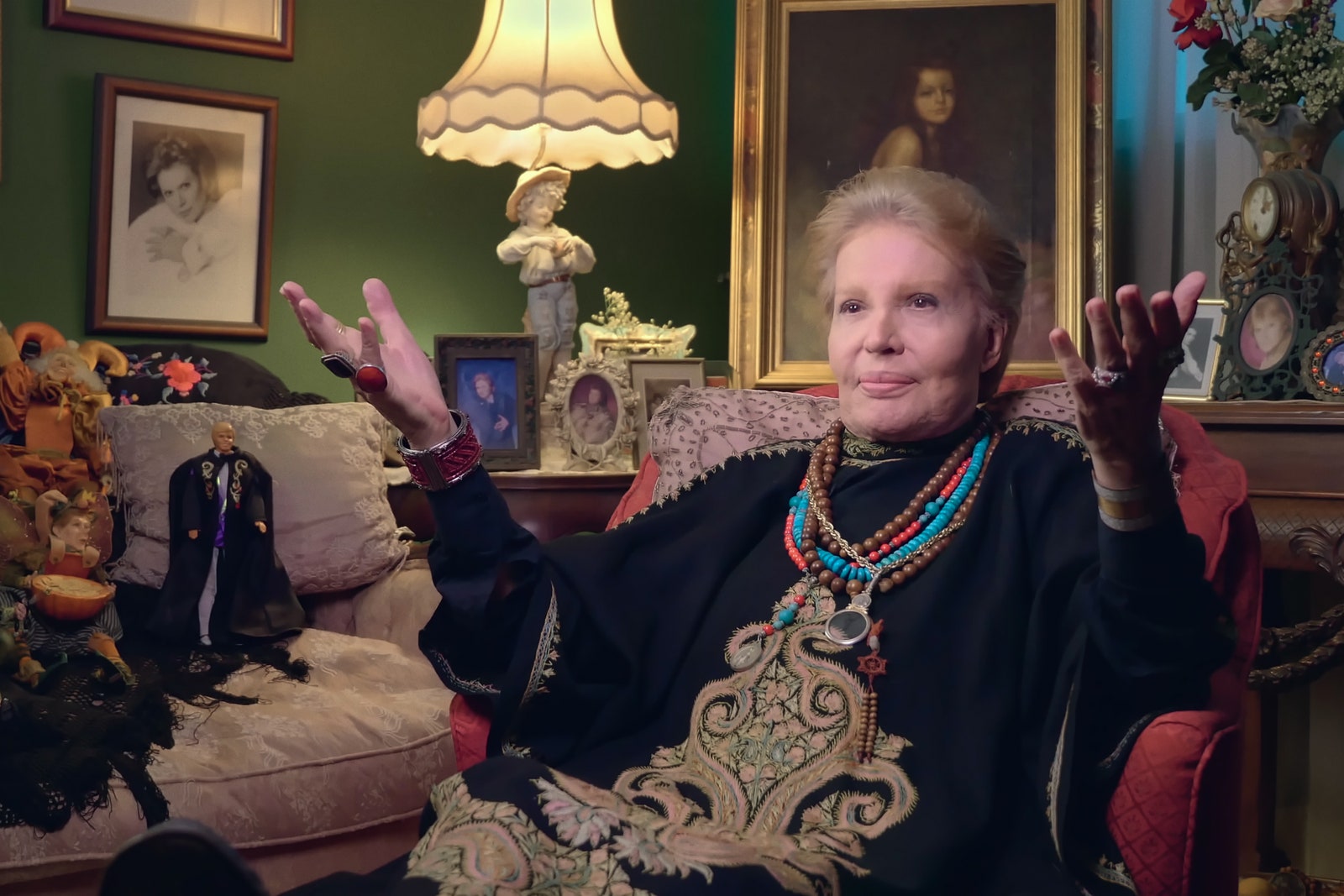 Mercado never explicitly defined his sexuality, but it’s a talking point in the documentary. His response? “I have sexuality with the wind,” he jokes, “I have sex with everything—with clothes, with beauty.” Near the end of the film, Mercado meets with Lin-Manuel Miranda, an admirer who perfectly sums up the astrologer’s impact on the Latinx community. “Through Walter Mercado’s existence, we have a greater acceptance for people around us. We love him without questioning anything, and he has a great moral authority. In that way, he’s absolutely a pioneer,” Miranda says.

Latinxs remain fascinated by Mercado for different reasons. For my mother, his ramblings about love, health, and money specifically enchanted her, gave her hope for a brighter future as well as a reason to laugh. His segments were ridiculous after all; they ended with, “Pero sobre todo, mucho, mucho, mucho, amor” (“But above all, much, much, much love.”) As cheesy as it sounds, I loved Mercado for teaching me the power of self-love and respect for others. In a year that’s conditioned us to expect the unexpected, I wish he were still around to remind us to keep our heads above water.

Mucho Mucho Amor: The Legend of Walter Mercado is now streaming on Netflix.

Jonathan Borge is a writer whose work has appeared in PAPER, Refinery29, Well + Good, and more. When he’s not working, he’s probably blasting Lady Gaga’s music. Keep up with his latest stories at @senorborge on Instagram.