No. 1 fan! Eminem’s daughter, Hailie Jade Mathers, revealed that her most-listened to artist on Spotify is none other than her 49-year-old dad.

The 25-year-old star shared a TikTok video on Wednesday, December 1, showing the “Lose Yourself” rapper (real name Marshall Mathers) as her top pick on the music streaming site.

In the video, Hailie did a lip-sync to audio of Wendy Ostefo being asked on The Wendy Williams Show whether she is a fan of Nicki Minaj.

Celebrities and Their Look-Alike Kids: Photos

“What? Am I am Nicki fan? Pull up in the Sri Lanka, what!” she mouthed.

As the audio played, a message pertaining to the “Real Slim Shady” rapper scrolled across the screen. “Do you listen to your dad’s music?” the text read. “What?? Do I listen to my dad’s music? I think my dad’s gone crazy,” Hailie joked. 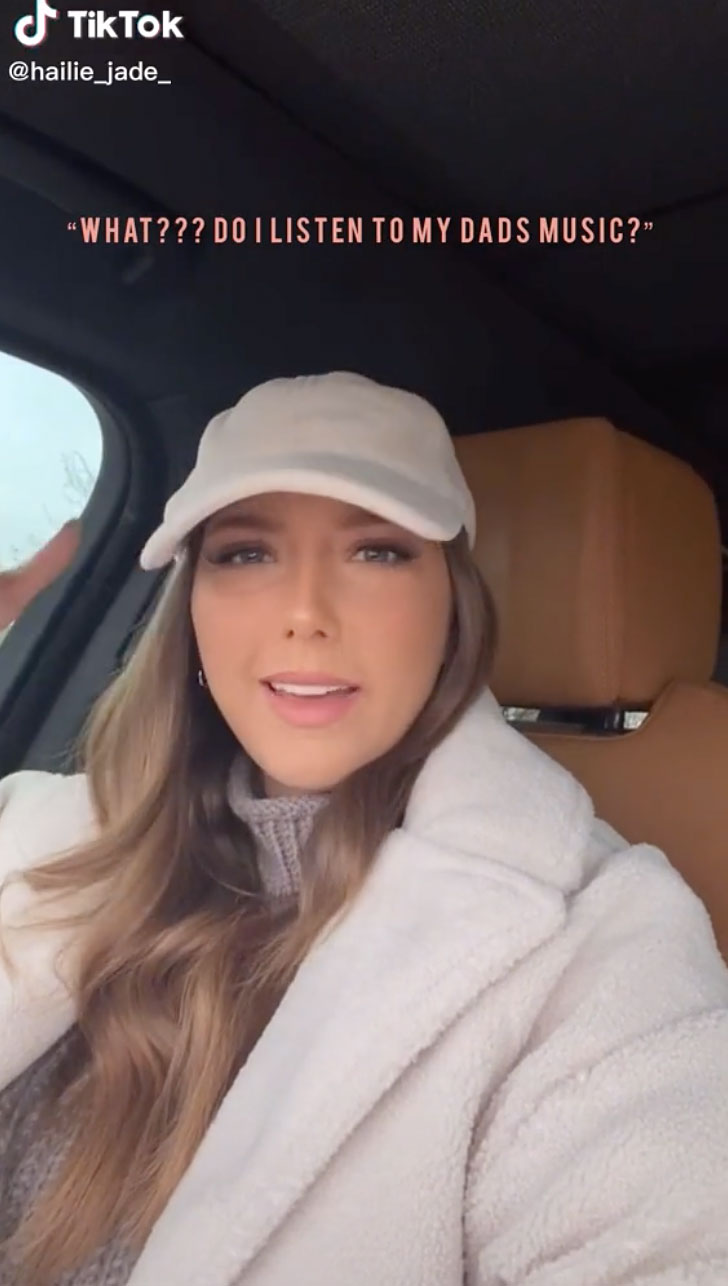 The Michigan State University alum’s Spotify results then appeared on screen, proving that not only does she listen to the “Venom” musician’s songs, but she plays them on repeat.

Spotify’s year in review statistics also pointed to Hailie as one of the “top three percent” of Eminem’s listeners in 2021.

Over the years, Eminem has kept his daughter out of the limelight as much as possible. He shares Hailie with ex-wife Kimberly Scott, who was his high school sweetheart. They tied the knot in 1999 but separated two years later.

The exes later adopted their niece Alania Marie Mathers, who is the biological daughter of Kim’s twin sister, Dawn. Eminem is also the adopted father of Stevie Lane (born Whitney Scott Mathers), who Kim, 46, conceived with another man during the pair’s time apart. The “Forget About Dre” rapper and Kim called it quits for good in 2006 after getting married for a second time earlier that year.

Eminem gushed over Hailie in March 2020 during an appearance on Mike Tyson’s “Hotboxin” podcast.

“No babies, she has a boyfriend, but she’s doing good,” the Missouri native said at the time. “She’s made me proud for sure. She’s graduated from college.”

Eminem gave updates on Alania, 28, and Stevie, 19, as well, saying, “I have a niece that I have helped raise too that’s pretty much like a daughter to me. And I have a younger one. So when I think about my accomplishments, that’s probably the thing I’m the most proud of, is being able to raise kids.”