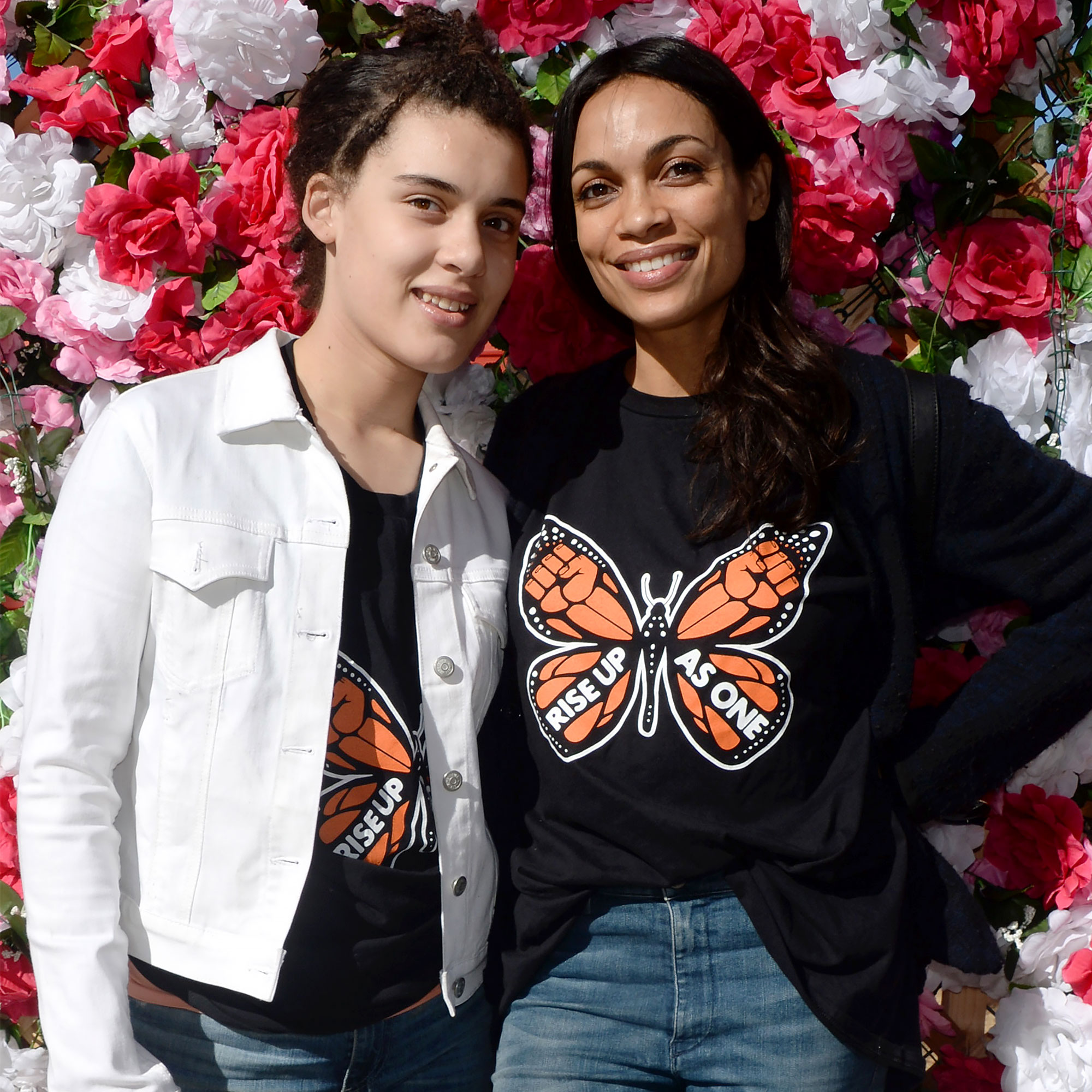 A long time coming! Seven years after adopting her daughter, Rosario Dawson clarified that the teenager’s name is Isabella and not Lola.

Celebrities Who Have Adopted Children

“When I adopted her, I didn’t put her name out. It wasn’t like I did a press release or anything, and I don’t know where it came from, but somebody decided that her name was Lola and then everyone just kept running with it,” the actress, 42, said on Parents magazine’s “We Are Family” podcast on Tuesday, November 9. “I was like, ‘I’m not correcting it because I don’t need everybody to know my kid’s name.’”

The New York native, who is dating and recently moved in with Cory Booker, explained that she decided to set the record straight because her daughter was growing frustrated with the mix-up.

“As she got older, she was like, ‘Mom, we go out places and people are like, “Lola, Lola,” and I don’t like this.’ So I had to finally tell everyone,” the Mandalorian star recalled. “So her name is Isabella. It’s not that far off. She’s named after my grandmother. My grandmother was Isabel. My mom’s Isabel Celeste. I’m Rosario Isabel.”

The producer adopted the then-preteen in 2014, exclusively telling Us Weekly four years later that she had always wanted to “adopt [an] older” child.

“I talked to a lot of social workers and stuff,” Dawson explained of the experience. “They say one of the most difficult things about adopting an older child is that you missed out on those younger years. For any parent that I speak to, they say it goes by [fast], but if you get your child at 11, it really does go like [that]. So it’s alarming. It’s like, ‘You’re eye-level with me. This is a lot.’”

On Tuesday, the Sin City star told the podcast hosts that Isabella’s birth mother had spoken to Isabella a “couple times early on” but had “disappeared again.”

Dawson added, “[Isabella] feels like an only child, but technically, she’s really not. … She’s got several siblings and [is] just really tak[ing] this time to really work on herself and her own trauma and her challenges because at some point, those other family members are going to be there. And it’s really important to be able to be open to that experience when it comes.”

The teen’s responsibility is “healing herself,” the Dopesick star went on to say. “These past couple of years, she’s taught me so much about transforming and developing the benefits of therapy and being really conscious and intentional about self-care and boundaries.”