Monse and Cesar’s future was left-opened ended, but Sierra Capri told HL EXCLUSIVELY that she hopes Monsar gets ‘back together.’ Plus, she weighed in about RollerWorld and Monse’s memoir.

On My Block came to an end after 4 seasons on October 4. The Core More bid farewell as high school came to an end, and they all went on to start the next chapter of their lives. Monse decided to take a year off from college to write her memoir. Her relationship with Cesar was complicated in the final season, but there was still hope for a Monsar reunion with their final scene.

HollywoodLife spoke EXCLUSIVELY with Sierra Capri about saying goodbye to the hit Netflix series. She weighed in on Monse and Cesar’s future and possibly a romance with Jamal. The actress also opened up about why Monse still has some closure to find when it comes to her mother. Read our Q&A below: 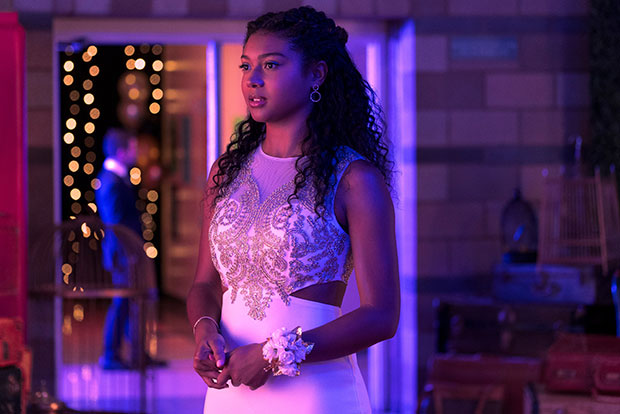 With Monse and Cesar, the show left things open-ended between them. Do you think they ever officially get back together?
Sierra Capri: You know, that’s a good question. I think that for now, they’re both exploring who they are as individuals. If it’s meant to be, it’ll be. I’m hoping that they do come back together because I know a lot of fans were also hoping that they would be endgame. So I definitely think that’s another fan shocker when they don’t end up together in season 4 so at the end of season 4, they’re like, what?!

Cesar and Monse have gone through so much together. Do you think they’re ultimately right for each other?
Sierra Capri: It’s hard to say. I think it’s hard to find someone who’s right for you, especially at that young age. You don’t really know anything about life because you barely know yourself. You’re still figuring out who you are. So, it’s hard to say. Me personally, I think that they probably would be better off as friends just because, like I said, I feel like they need to figure out who they are first as individuals, and then we’ll see what happens. I always say if it’s meant to be it’ll be.

I spoke with Brett [Gray] and he was shooting his shot for Monse and Jamal. He thinks Monse and Jamal are endgame.
Sierra Capri: You know what? Plot twist. I would actually not mind that at all because… you know what, let me take that back. Is he done being a player right now? Because I know Jamal had his moment of he had a bunch of prom date options, and I don’t think Monse should go from one player to another. So if he’s done with those days, then definitely. Why not? Let’s give it a shot. I feel like they have a lot of fun together, and they have such great chemistry on screen so I’m not opposed to that.

By the end of the series, the Core Four were united once again. Do you think the Core Four and Jasmine all stay friends?
Sierra Capri: I honestly think so. I think even in real life at my age I still remember people that I grew up with. The people that you grew up on the same block with you, the older you get they become more so family than friends. I don’t think that goes away, especially when you share the same foundation and environment for so long. I honestly think that they do. I would hope. I don’t see why not.

Spooky died in episode 5, and then Abuelita in the final episode. Which death hit you the hardest?
Sierra Capri: Oh my god. That’s hard. Honestly, I feel like both of them hit but for different reasons. Spooky was literally that one character that because of the lifestyle that he lived he knew that was a possibility. But you’re just like, no, we never want anything to happen to them because he’s such a great character. Julio [Macias] played him so well. It’s like, where will Cesar be without him? So I feel like that’s the reason. But also, Abuelita literally reminded me so much of my grandmother on the show, and I feel like she played everyone’s grandmother. When she died, I really feel like everyone felt like a grandmother of theirs passed.

At the end of the series, Abuelita comes through with a map she stitched for them. This has to be the map to the RollerWorld money, right?
Sierra Capri: It has to be, right? In true Abuelita form, she still is leaving us with something to remember her by. The fact that we still have a map, it’s such a cliffhanger because you’re like, well, do we go on another adventure? What’s going to happen? Are we finally going to get the money? Of course, we’re all arguing about who should be the leader, and it’s the same shenanigans that we always get into. 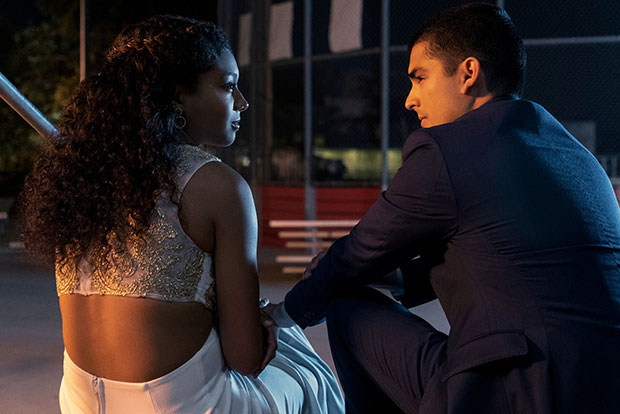 Who do you think is taking charge?
Sierra Capri: Honestly, against everyone’s will, I’m pretty sure Jamal is still gonna take charge. He’s like the treasure hunter of the group. So I think Monse at the end is just going to let him do it.

Did the writers tell you what that map was for or did they intentionally leave it ambiguous?
Sierra Capri: No. Well, we kind of knew what the map was but we didn’t exactly realize how big of a cliffhanger it was going to be until we watched it back. We were like, oh, actually, this isn’t really wrapping up the show. Like, low-key we could come back and do this over.

Monse said she’s taking a year off from school to write her memoir. This will be a very interesting memoir.
Sierra Capri: I definitely agree. She does have a lot to talk about and a lot she can say even at such a young age. But I feel like anyone who grew up in the hood, you grow up fast. So I mean, I feel like it’s just part of it.

Do you think Monse got all the closure she needed with her mother?
Sierra Capri: I honestly don’t think so, but I think that she will definitely use her writing as a way to elaborate and as a way to deal with things that were probably left unsaid or unresolved with her mom. I definitely think the older she gets, she’s going to want to know more and probably talk to Brian about more of that side of the family because it’s pretty much like not knowing who half of yourself is all your life. 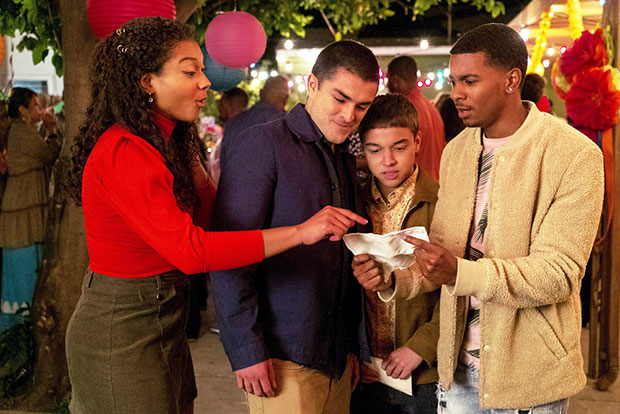 What was your last day on set like?
Sierra Capri: Oh my god, it was so bittersweet. First of all, it was a night shoot so we were all pretty delusional to begin with being there. And then on top of it we were all sad that the show was ending, and we were all emotional and just trying to absorb these last few moments together, even though we’re family outside of set. I feel like I say that in every interview. It’s definitely not the last time we’re going to see each other. It’s definitely the last time that we get to play these characters all together, and we’re probably all going to be in the same project together, but it was definitely the last of the Core More.