Too cute for words! Nina Dobrev and Paul Wesley had the cutest reunion — and they were joined by their adorable pups!

Dobrev, 31, posted a photo from her hangout session with Wesley, 38, on Monday, September 7. The Vampire Diaries alums posed for a selfie with their respective dogs and Wesley’s wife, Ines De Ramon.

“Hard to teach a buncha old dawgs new tricks,” the Degrassi alum captioned her Instagram pic, adding “#puppyplaydate.” Dobrev then left a comment beneath her own post, where she jokingly wrote that the pic featured “a Dobrev and Do(g)brev Wesley sandwich.”

Celebrities and Their Pets

The Tell Me a Story actor also commented on his former costar’s photo by writing, “Poor Greggy in this photo.” Dobrev then replied with a smiley face emoji and noted that Wesley’s pup was a “smooshy greggy.”

Dobrev and Wesley starred alongside each other on The Vampire Diaries from 2009 to 2017. Though the pair have remained friends since the series wrapped, they weren’t always the best of buds. 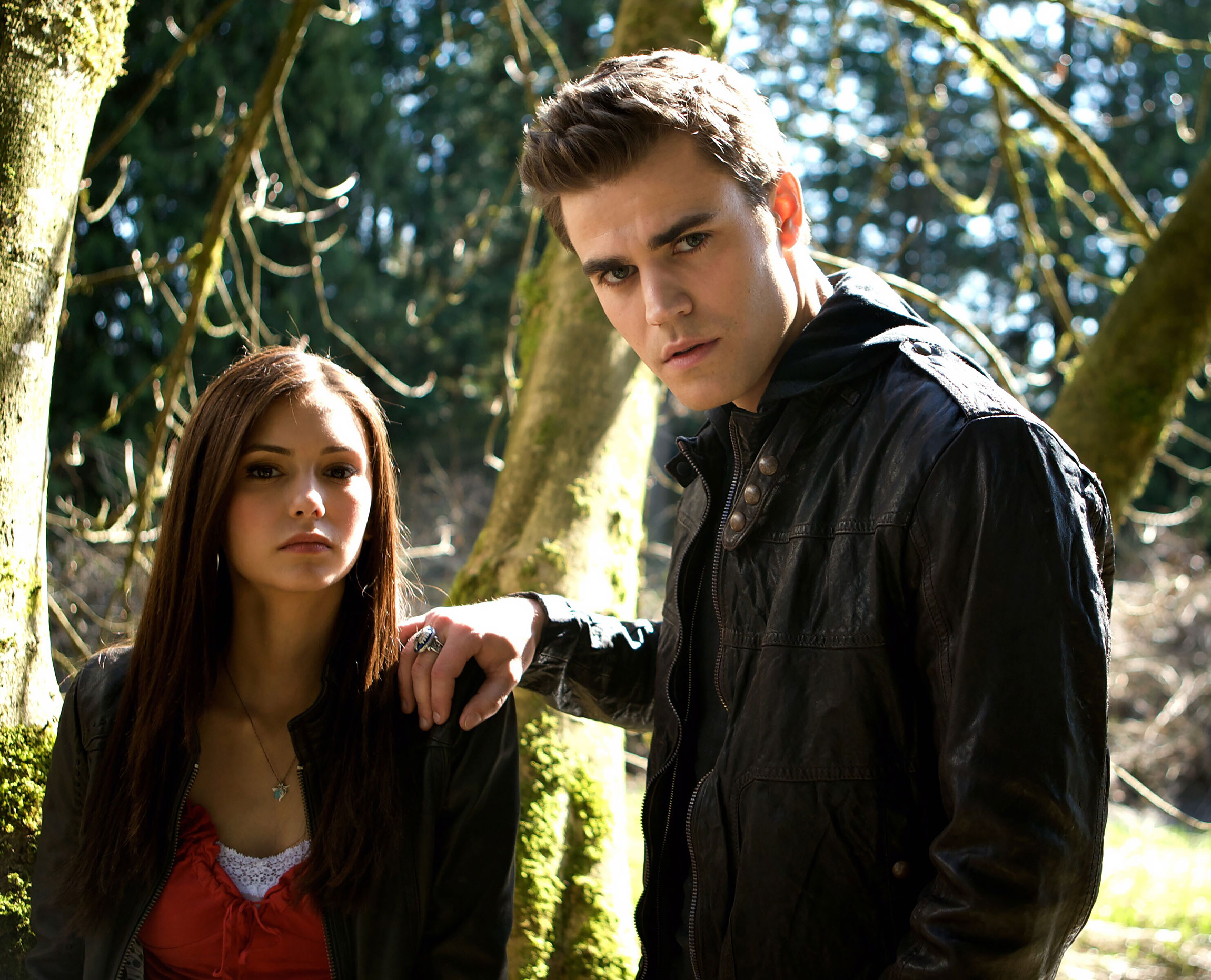 Last year, Dobrev revealed on fellow Vampire Diaries alums Candice King and Kayla Ewell’s “Directionally Challenged” podcast that she and Wesley used to hate each other during the series’ first season. “Paul and I didn’t get along at the beginning of the show,” she said in June 2019. “I respected Paul Wesley. I didn’t like Paul Wesley. And I remember everyone would walk up to me after the show aired and they’d be like, ‘Are you and Paul dating in real life?’ Because … everyone thought we had such good chemistry from the show.”

The Canadian actress continued, “But I realize now that there’s a fine line between love and hate, and we despised each other so much that it read as love, but … we really just didn’t get along for the first five months of shooting.”

Wesley later backed up Dobrev’s claims and confirmed that they “totally clashed” during the first couple of years of filming the CW drama. He said that they were “getting on each other’s nerves,” but that they “developed this wonderful friendship” in time.

“I think sometimes when people work together nonstop, do press nonstop for years and years on end, you’re just — you don’t appreciate the person that’s in front of you,” he said at the Television Critics Association summer press tour in August 2019. “You’re like, ‘Oh, you know, I’m exhausted and tired.’ And I think now, it’s such a nice sort of story because we’re such good friends now. I think it was a cool lesson to learn.”

Listen to Us Weekly’s Hot Hollywood as each week the editors of Us break down the hottest entertainment news stories!