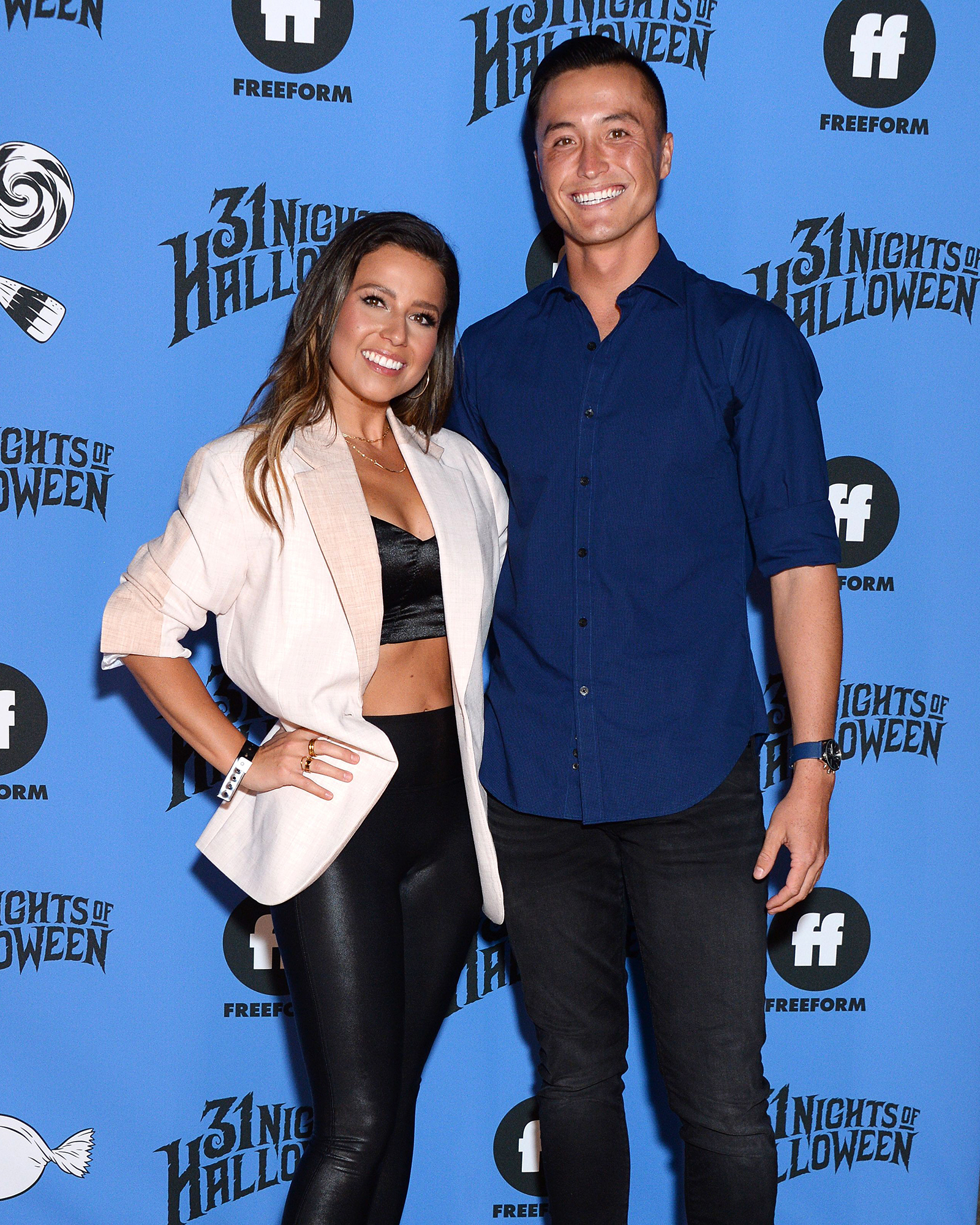 Taking their romance public! Bachelorette Katie Thurston and John Hersey packed on the PDA in a new video after Us Weekly confirmed their romance.

Katie Thurston and John Hersey’s Timeline: ‘Bachelorette,’ Blake and Beyond

Hersey, 27, shared a video made of clips starring him and Thurston, 30, being very affectionate on Tuesday, November 23. The TikTok video, set to Mina Okabe‘s “Every Second,” showed Hersey giving the former Bachelor contestant a piggyback ride as she gave him a peck on the cheek. Later, Hersey also showered her with hugs and kisses.

“I really like it here,” Hersey captioned the TikTok.

“Me too,” Thurston replied in the comments section.

The video came hours after Us broke the news that the reality TV alums are dating. They met on season 17 of ABC’s The Bachelorette, which aired earlier this year, but Thurston sent Hersey home in week two.

Blake Moynes won the competition for Thurston’s heart, and the two got engaged in the finale, which aired in August. They announced their split last month.

“It is with mutual love and respect that we have decided to go our separate ways,” the pair wrote via Instagram in a joint statement at the time. “We are so grateful for the moments we shared together and the entire journey that has unfolded this year, but we ultimately have concluded that we are not compatible as life partners, and it is the most caring choice for both of us to move forward independently.”

In November, the former bank marketing manager started her “12 Days of Messy” challenge, dedicating Taylor Swift song to the Bachelor Nation men in her life. On the final day, Tuesday, November 23, she revealed her relationship with the California native by dedicating Taylor Swift’s “Begin Again” — a song about finding love after a tough breakup — to Hersey.

Us exclusively confirmed that the pair will attend their mutual friend Stephen Lovegrove’s First Noelle Ball on December 2 as their first public outing.

“Blake is blindsided by the news,” a source exclusively told Us about the wildlife manager, 31, after his ex announced her new romance.

Moynes unfollowed Thurston on Instagram on Tuesday. Meanwhile, his mother, Emily Moynes, made her opinion public when she “liked” a negative comment about the former Bachelorette on Tuesday, which read:

“Nah this is terrible on Katie’s part. I feel truly sorry for Blake. In any relationship, you put a sense of ‘trust’ in one another, especially long-distance relationships. There’s no denying the dishonesty and deception for months upon months.”