Following the release of James Gunn’s The Suicide Squad back in August, DC Comics fans have been eagerly awaiting the arrival of HBO Max’s Peacemaker series. The show promises to take a deeper dive into one of The Suicide Squad‘s most ruthless characters — and it looks like it might challenge his philosophy. Although John Cena’s DC character vows to kill as many people as needed to secure peace, HBO Max’s Peacemaker trailer sees him back-pedaling on that creed.

There’s a lot to unpack after watching HBO Max’s full-length trailer for Peacemaker, but the DC character’s hesitation when it comes to killing children is probably the most notable moment from the footage.

In The Suicide Squad, John Cena’s Peacemaker doesn’t hesitate, even when it comes to betraying his own teammates. Most assumed he meant it when he said he’d kill men, women, and children to achieve his ends. However, his concern over being asked to kill kids without any justifiable reason suggests there’s another side to the character.

As the trailer continues, it promises to explore that aspect of Peacemaker in more depth. Naturally, many of the people around him think he’s better off without such introspection. That includes his father, who also gets plenty of screen time in the new footage. 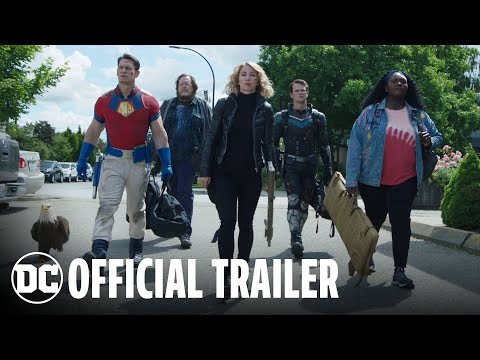 In addition to highlighting the premise of HBO Max’s Peacemaker, the trailer introduces several characters that will play prominent roles in the DC show. That includes the vigilante’s father, Auggie Smith (Robert Patrick). From the get-go, it’s obvious John Cena’s DC character has a rocky relationship with his old man. And Auggie promises to present him with obstacles over the course of the series.

In fact, judging by Leota Adebayo’s (Danielle Brooks) claim that he’s “not a good guy,” it seems like Peacemaker may have to choose between his morals and his own family.

The trailer also briefly shows Freddie Stroma’s Vigilante — and his dynamic with the show’s title character is already entertaining. So, how long will fans need to wait to see these two in action together?

When does John Cena’s ‘Peacemaker’ come out on HBO Max?

From the looks of DC’s new trailer, Peacemaker will take viewers and its main characters on a wild ride. Fortunately, we won’t need to wait long to see how things play out after the events of The Suicide Squad. The series debuts on HBO Max on Jan. 16, 2022.

That means fans get to kick off the new year with John Cena’s Peacemaker. Talk about starting 2022 in style.