That’s ruff! Owners share VERY awkward stories of their pets interrupting during sex – including one protective dog who ‘stands on the bed to watch’

People across the world love to have their pets nearby – that is, until they’re getting intimate with their partner.

Couples have been sharing their hilarious stories of their pets’ presence during sex on anonymous confessions-sharing app Whisper.

One admitted that their caring dog thinks they are being ‘physically hurt’ and tries to save them ‘every time’.

Another said that, when they were having sex with their girlfriend, their dog walked in and ‘hopped on the bed’ before watching them.

Meanwhile, another’s dog has the ability to open doors and walked in on its owner when she wanted attention. 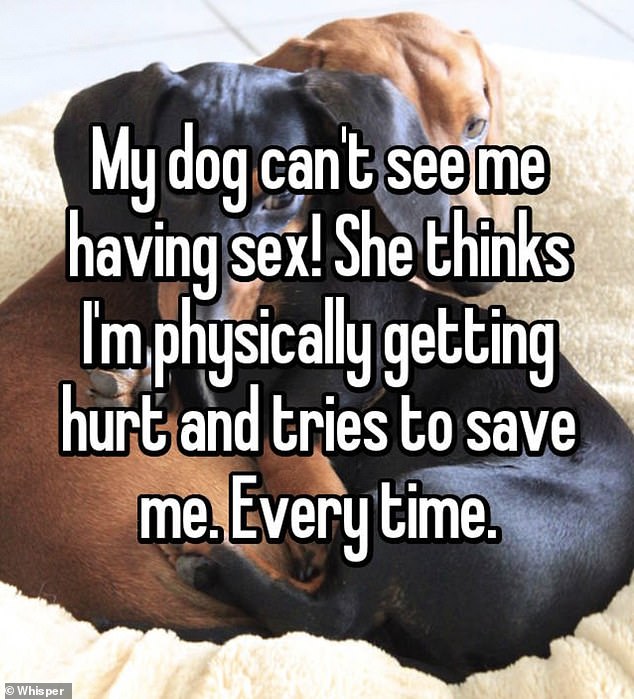 People from around the world have been sharing their hilarious stories of their pets’ presence during sex on anonymous confessions-sharing app Whisper, with one user saying their dog ‘can’t see them’ have sex as she thinks they’re getting ‘physically hurt’ and tries to ‘save them’ 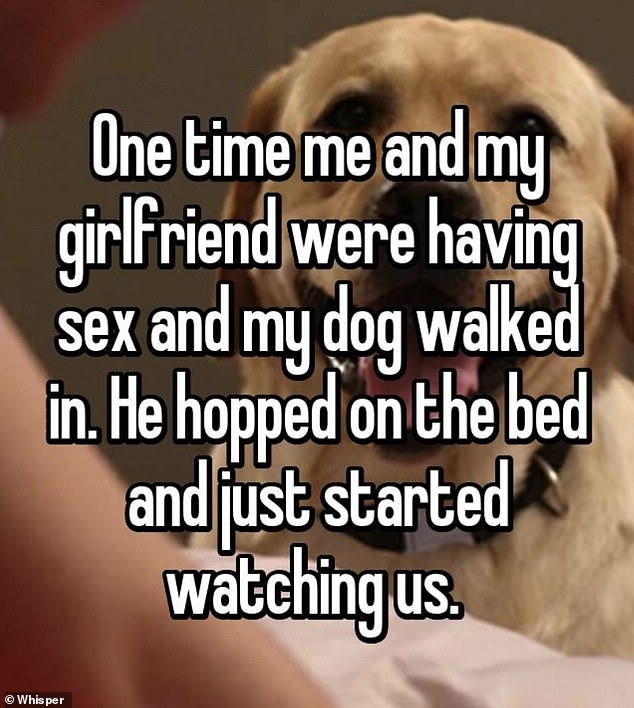 A user, from the US, said that their dog once ‘hopped on the bed’ after walking in the room while they were having sex with their girlfriend before he ‘just started watching’ them 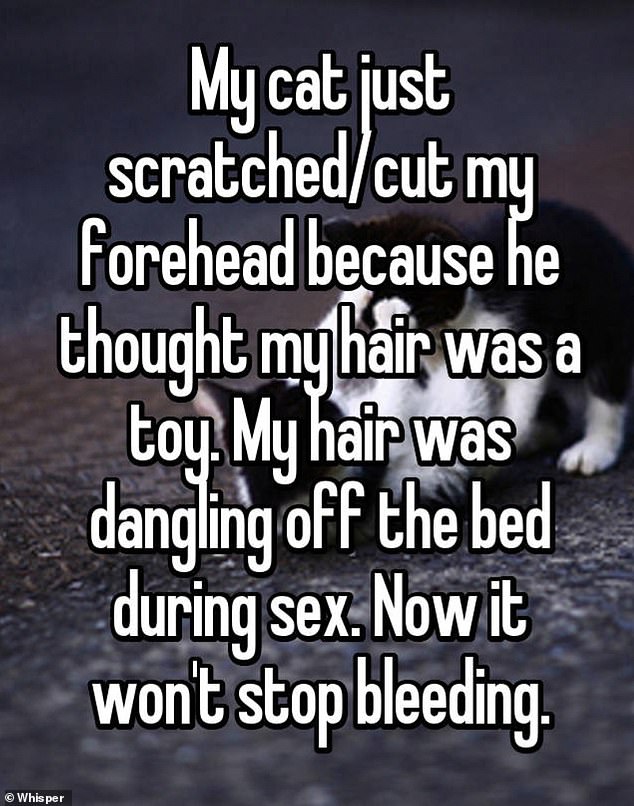 Another user, from the US, ended up with a cut on their forehead which wouldn’t stop bleeding after their cat mistook their hair dangling off the bed as a toy and scratched them on the head 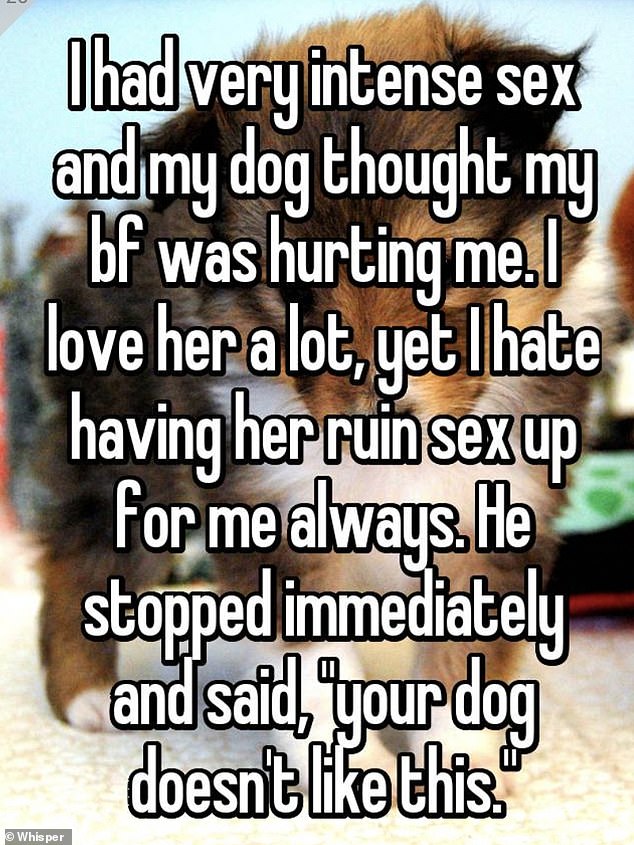 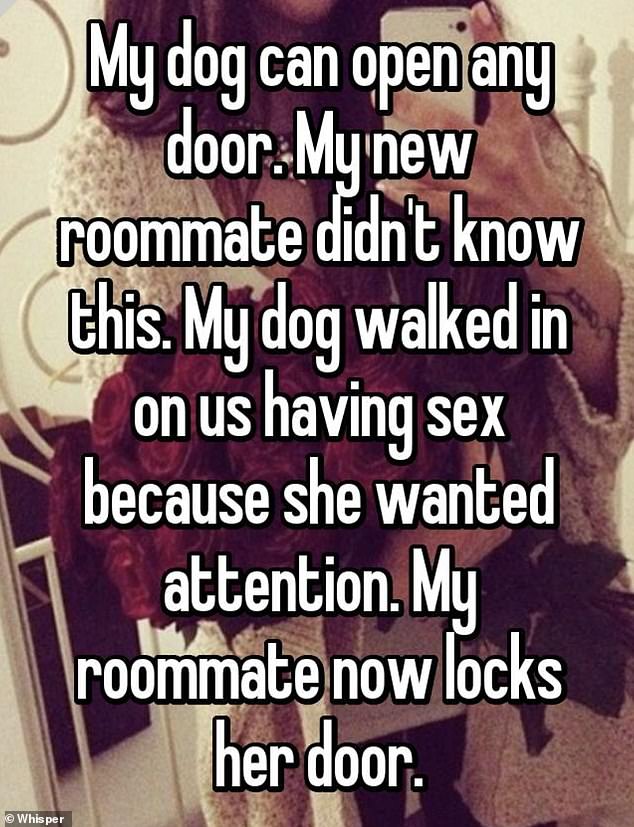 Another user said that their flatmate has started locking her door after their dog, who they claim can open doors, walked in on them having sex 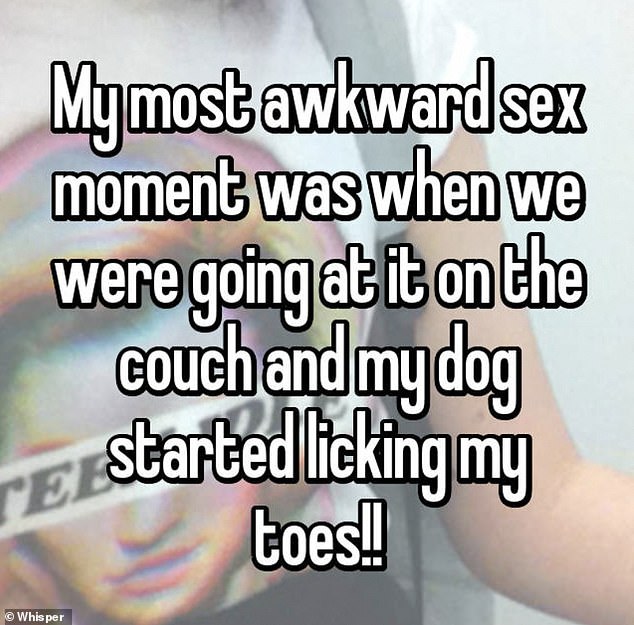 Someone else, from the US, admitted that their most ‘awkward’ sex moment was when they were having sex on the sofa and their dog ‘started licking their toes’ 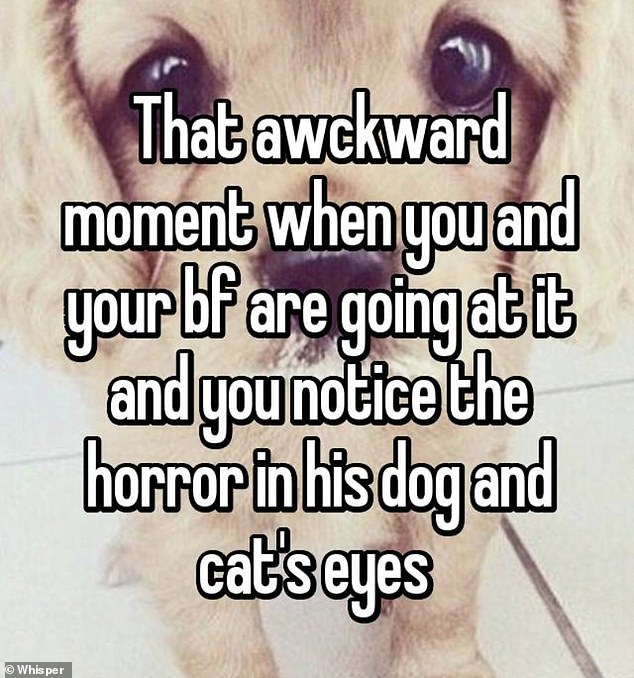 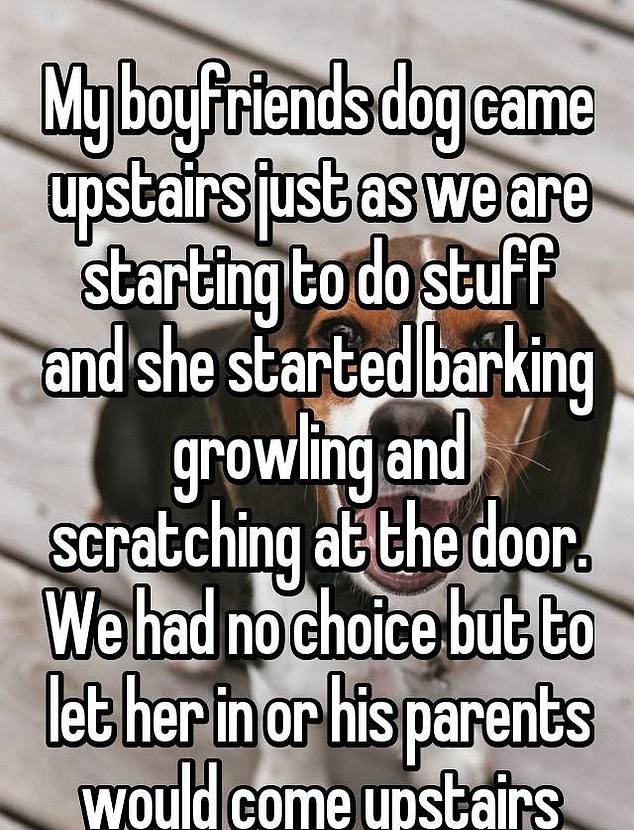 Always watching: This young couple from St. Catharines, Ontario, had to change plans 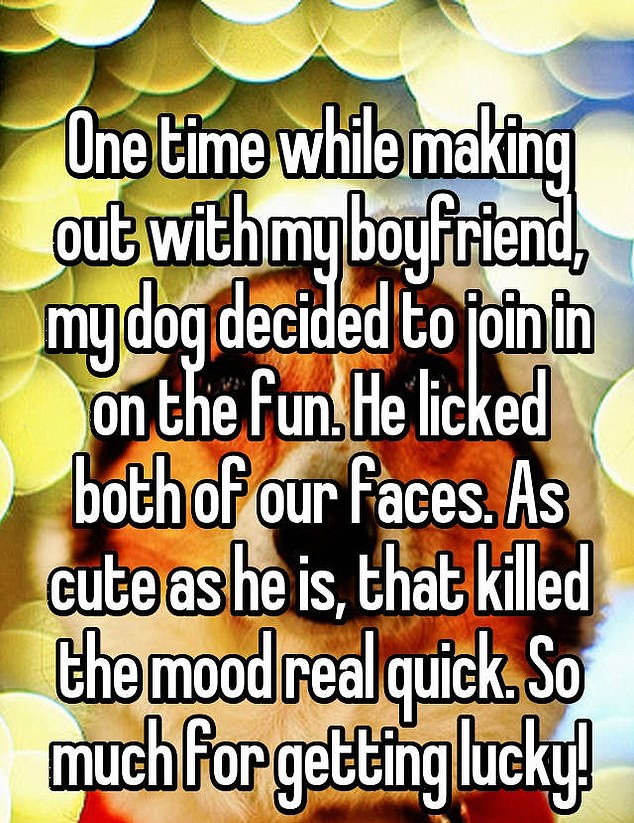 Mood killer: This person, from an unknown location, wasn’t happy with her loving dog 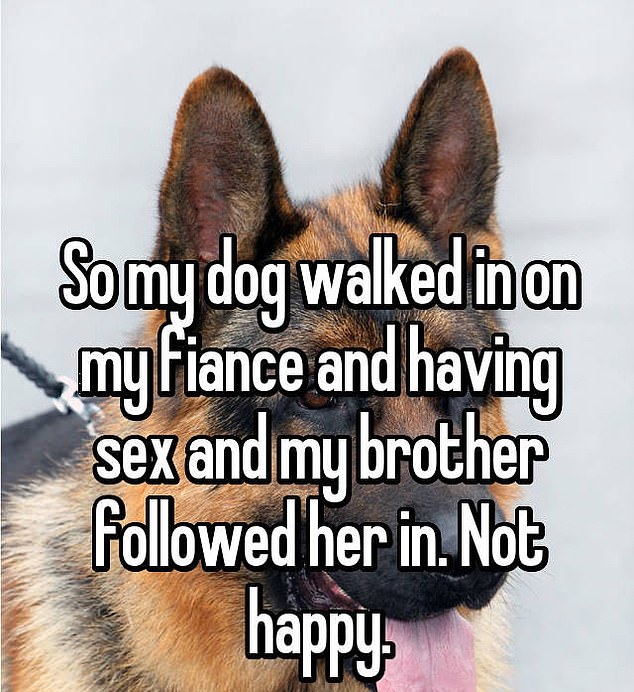 Family affair! This person from Guardbridge, Scotland, was less than pleased with the interruption