Coping with loss as a family. Peter Phillips — the son of Princess Anne and Mark Phillips — recently opened up the somber loss of his grandfather Prince Philip and supporting Queen Elizabeth II during a Friday, July 30, interview.

The Queen’s eldest grandchild, 43, described his late grandfather as a “hugely influential figure” to his whole family. 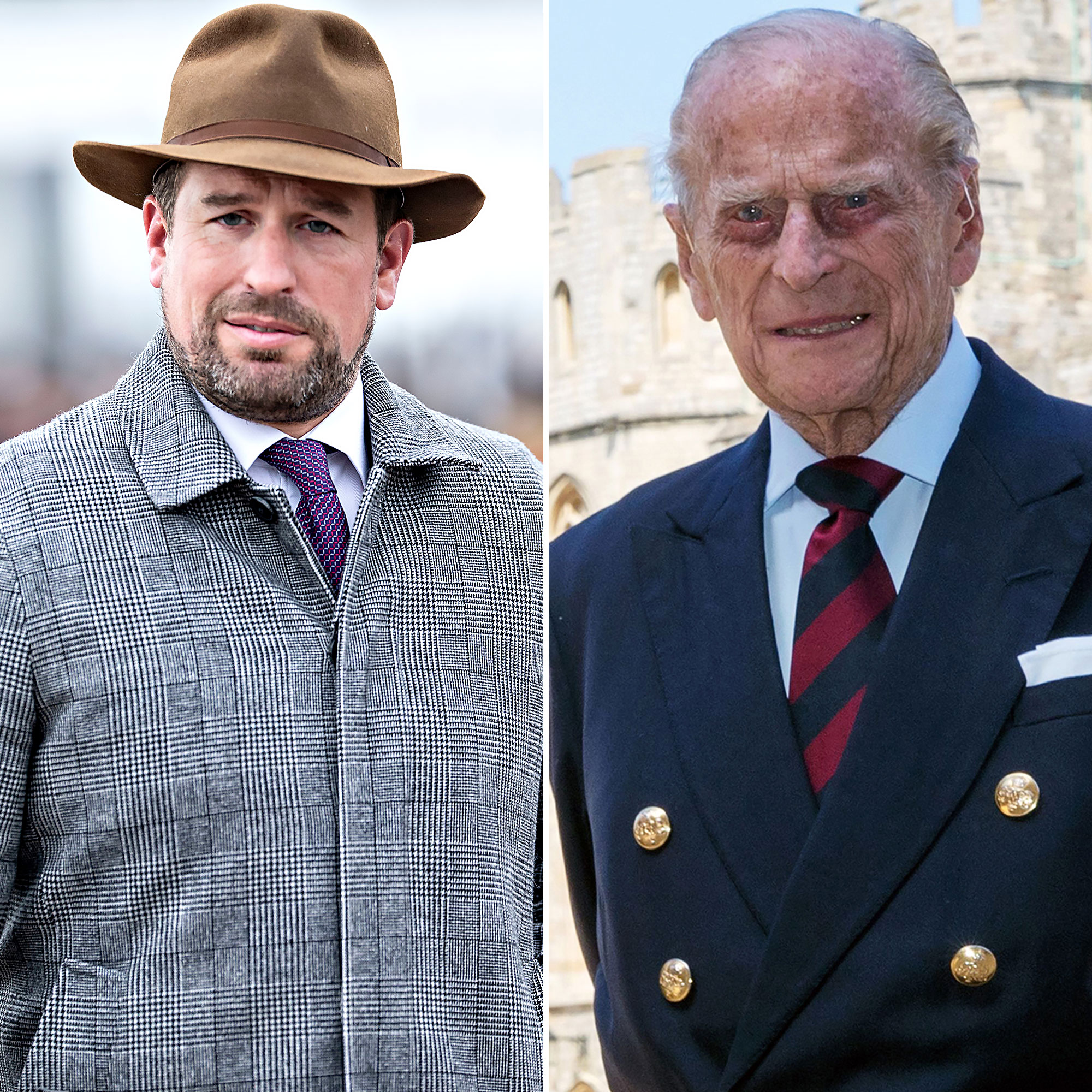 “He was such a fixture of all of our lives,” Phillips explained in the interview with the BBC. “He is sorely missed. He lived a remarkable life and if any of us can even live half the life that he did, we would all be extraordinarily happy.”

He added that the ongoing COVID-19 pandemic and isolation has made it difficult to support his grandmother during this time since they are unable to get close and comfort her.

A Breakdown of the Royal Line of Succession

“Our thoughts immediately went to my grandmother,” Phillips said. “We’ve been trying to support her as much as we can. Everybody saw the image of Her Majesty sitting alone [at the funeral]. It would have been the same for any other family; the hardest part is not being able to hug those closest to the person who’s been lost.”

He explained that their family’s grief is similar to others who have lost someone during the pandemic.

“There have been some great sadnesses but at the same time you’ve got to try to take the positives out of these situations, whether that be new life or happy memories, that’s what you’ve got to focus on,” he added.

Since then, Phillips has been doing his best to support the Queen and spend more time with his daughters, Savannah, 10, and Isla, 9.

“They’re exceptionally lucky to have had two great-grandparents who have lived as long as they have,” the royal family member added. “My children certainly appreciate that and know that it’s something special.”

Prince Philip previously died in April 2021 at the age of 99, Buckingham Palace confirmed at the time.

“It is with deep sorrow that Her Majesty The Queen has announced the death of her beloved husband, His Royal Highness The Prince Philip, Duke of Edinburgh,” the Palace announced via a statement. “His Royal Highness passed away peacefully this morning at Windsor Castle,” the family’s statement read. “The Royal Family join with people around the world in mourning his loss. Further announcements will be made in due course.”

The Duke of Edinburgh was previously hospitalized in December 2019 and February 2020 as “precautionary measures” after feeling ill. He was released in March after a one-month stay ahead of his death.

At the royal consort’s funeral in April, Phillips walked behind his casket beside Prince William as Prince Harry followed closely behind them with David Armstrong-Jones — the son of Princess Margaret and Antony Armstrong-Jones — as they exited Windsor Castle to head to the service.

Buckingham Palace confirmed this order ahead of the funeral via a statement. “These are practical changes rather than sending a signal,” it read. “This is a funeral and we are not going to be drawn into perceptions of drama. The arrangements have been agreed and represent Her Majesty’s wishes as well as the personal wishes of The Duke.”

Listen to the Royally Us podcast for everything you want to know about our favorite family across the pond.