Vive la reine! Image of the Queen and Charles de Gaulle at the Royal Opera House in 1960 is the latest snap in the 70-photo countdown to her Jubilee weekend – and a reminder that the monarch speaks fluent French

The Royal Family have shared the ninth photograph in their series of 70 snaps counting down to the Queen’s Platinum Jubilee weekend.

Captured during a French state visit in 1960, the image shows the Queen and President Charles de Gaulle in a carnation-decorated box at the Royal Opera House after a special performance.

The monarch is seen adorned in jewels and wearing a stunning tiara as Princess Margaret and the Queen’s mother watch the interaction.

The former French President’s wife Madame Yvonne De Gaulle is also featured in the black and white photo talking to the Duke of Edinburgh. 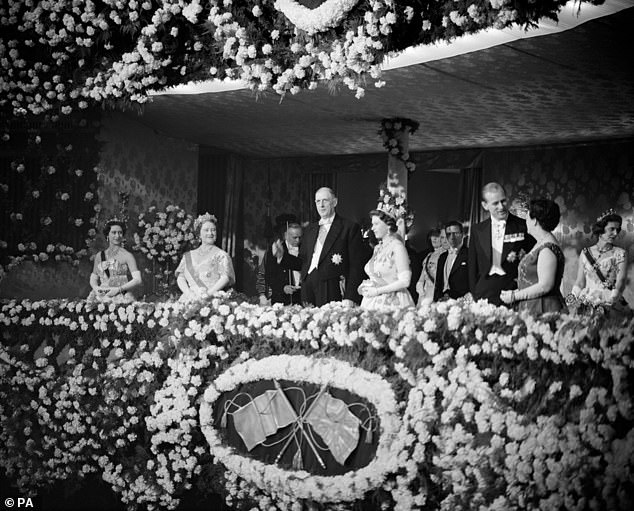 The Royal Family have shared a photo of the Queen and President Charles de Gaulle, taken in 1960, as part of their series counting down to the Platinum Jubilee Celebration Weekend

Posting on Instagram, the photo was captioned explaining how the Queen’s fluency in French has been beneficial in state visits

It has been some time since the Queen has been photographed attending a performance at the Royal Opera House, having joined Prince Philip at a gala performance of ‘Our Extraordinary World’ back in 2012.

Today’s photo of the 95-year-old Royal, was shared on Instagram as the latest in the series of photos to represent each year of her seven-decade reign ahead of the Platinum Jubilee celebrations.

The caption reads: ‘1960: The Queen and President Charles de Gaulle are pictured in a carnation-decorated box at the Royal Opera House, following a special performance during a French State Visit.

‘In 1960, the Beatles formed in Liverpool and performed their first concert in Hamburg, Germany.

‘Over the next 70 days, as we countdown to the #PlatinumJubilee Celebration Weekend, we’ll be sharing an image a day of The Queen – each representing a year of Her Majesty’s 70-year long reign.’

The photo series has been widely praised by commenters, with many leaving hearts under the images and showing admiration for the Queen’s reign. 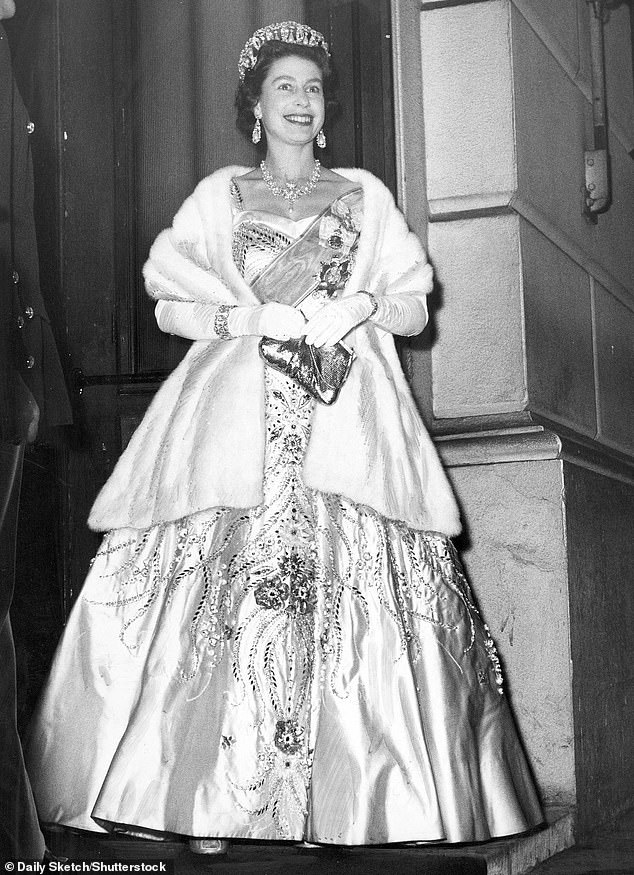 It has been reported that during the French state visit in 1960, the Queen used her sense of humour to avoid a potentially awkward situation caused by language barrier

The first photograph in the series depicted the Queen’s coronation at Westminster Abbey, in 1953 and has been followed with photos of the monarch conducting several engagements including her reading of the Speech at the State Opening of Parliament.

A royal author previously gave an insight into how the Queen’s sense of humour saved her from a potentially awkward situation during the French state visit, which took place on April 4 and 5 in 1960.

According to Adam Helliker, a cheeky quip was made during a lavish banquet while the Queen was hosting Charles de Gaulle – the former French president – and his wife Madame Yvonne De Gaulle at Buckingham Palace.

‘A guest asked Madame de Gaulle what she was most looking forward to in her retirement, which was imminent,’ he said, speaking to Fabulous Digital.

‘With great elaboration (as she didn’t speak much English) she replied: ‘A penis.’

‘An awkward silence ensued for some time, until the Queen herself came to the rescue, and she said with a broad grin: “Ah, happiness.”‘

The language barrier provided Prince Philip, with what was reported to be one of his favourite stories. 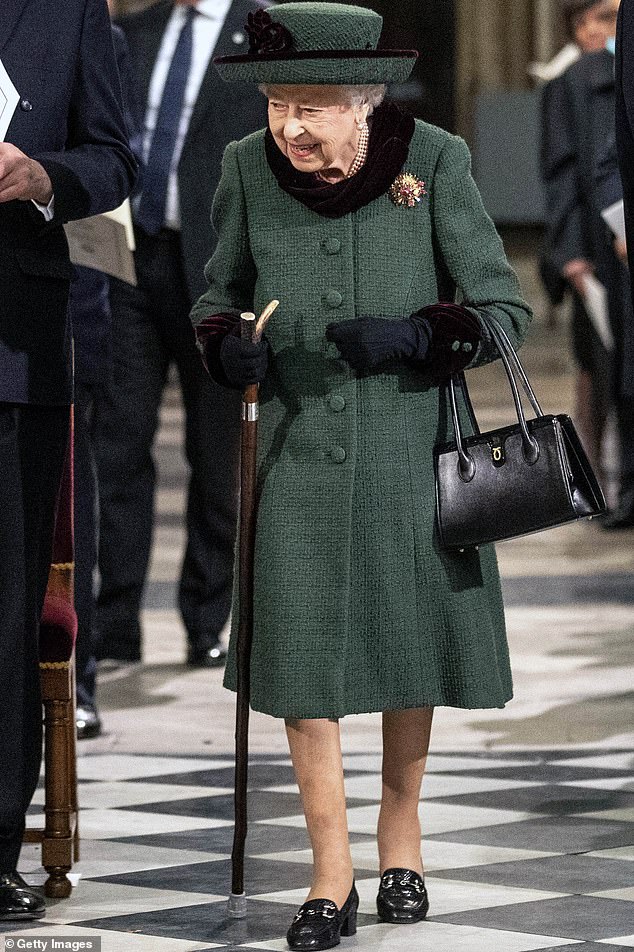 The Queen marked 70 years on the throne on February 6, 2022, making her the longest reigning monarch in British history, and weekend of celebrations will be held from 2nd to 5th June to commemorate the milestone.

However, it’s not clear to what extent the Queen will be able to take part in public celebrations, due to mobility issues which have curtailed her public appearances in recent weeks.

The Queen made her first public appearance in months at the Duke of Edinburgh’s memorial service at Westminster Abbey earlier this week.

She paid tribute to her late husband by wearing a sentimental brooch he gifted her in 1966.

The piece, which is made of recycled rubies, free-form gold and diamonds was crafted by jeweller Andrew Grima and is one of the few modern pieces that were added to the Queen’s collection during her reign.

The monarch gave a further subtle nod to her beloved confidante by wearing a green outfit, as Prince Philip’s livery colour in the armed forces was Edinburgh Green.