Police in Portland, Oregon, declared a riot on Saturday night, the 100th night of protests in the city, after police said Molotov cocktails, mortars and rocks were thrown at law enforcement. At least two people were injured and more than 50 were arrested, police said.

According to CBS Portland affiliate KOIN, a group of a few hundred people decided to march down Stark Street toward the East Portland Community Policing Center, where they were met by a line of officers.

“It was clear that the intent of the crowd was not peaceful protest,” police officials said in a statement. “Therefore officers were positioned in such a way that prevented the march from reaching East Precinct.”

The standoff did not last long before police said someone threw “multiple fire bombs at officers.” At least one member of the community was set on fire. An injured person was sent to a local hospital. 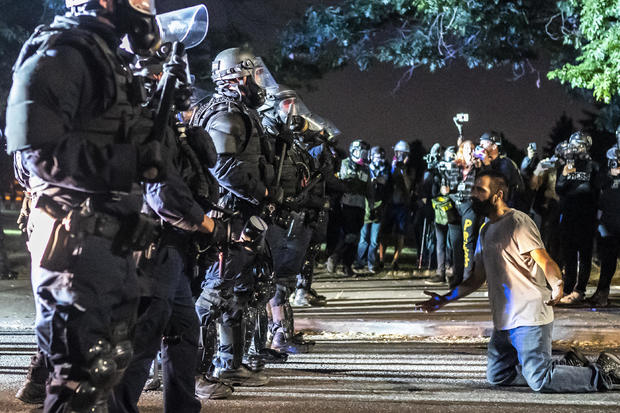 Police said they advised the crowd over a loudspeaker that a riot had been declared and anyone in the area should leave immediately. Police said individuals within the crowd then threw illegal fireworks and mortars at officers, and some were seen throwing rocks. At least one had a “wrist-rocket” type of slingshot that launched unknown objects, police said.

Officers then deployed crowd-control munitions, including tear gas. At least two of the people arrested were wearing body armor. 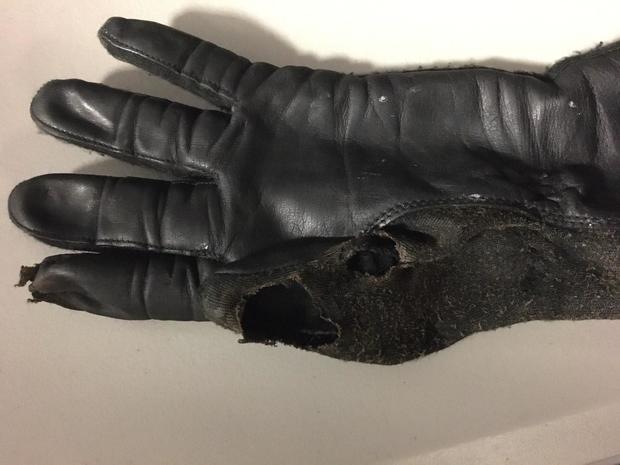 A police sergeant was hit with a commercial grade firework, which burned his glove and injured his hand. Other officers were hit in the head, arms, shoulders and feet, officials said. An Oregon State Police car was damaged by rocks.

Portland has been rocked by protests since the death of George Floyd in Minneapolis in May. Under orders from the Trump administration, federal agents deployed to Portland in July to quell violence. After weeks of violent clashes that included tear gas being deployed on protesters and dozens of arrests, the federal agents began withdrawing at the end of July.

Tupac Leahy, a 23-year-old Black man from Portland, told KOIN that he had probably been out to protests for about 70 of the 100 days of demonstrations. Leahy said he wanted to see a significant reduction to the local police budget, with the money directed to other community needs. He said the demonstrations would continue for some time.

“I think it’s going to keep going on until the election,” Leahy said. “I don’t see it slowing down.”

President Trump has used the Portland protests as a rallying cry in his bid for reelection, attempting to cast himself as the “law and order” president amid protests. Last week, a member of a right-wing group was shot and killed amid dueling protests. Police later fatally shot the suspect in that incident.